It had been a while since I had visited a record store. Part of the reason is that there just isn’t aren’t as many stores around to pop into. And for whatever reasons, I just never made it to one of the remaining ones around—even on Record Store Day. Since I had been a teenager going to a record store was a near once or twice weekly ritual.

I headed over to Repo Records on South Street and scored big time.

I found a Solomon Burke CD, None of Us Are Free, with three songs (is that called an EP? Or an EP CD?) for $3.99. I’m not a completist, but Solomon Burke is one of my top-10 artists, so stumbling upon it was a real find, an absolute joy. 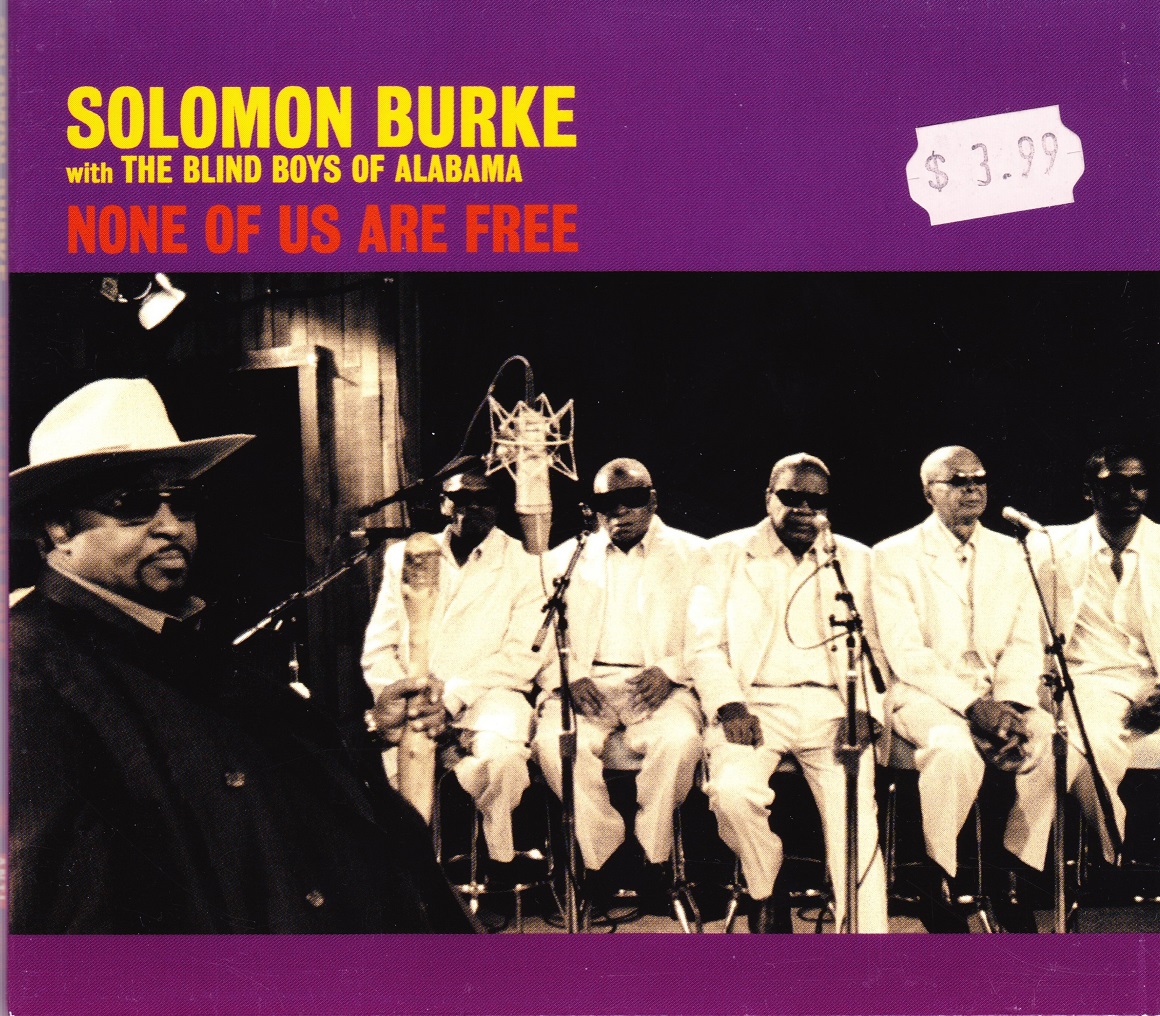 The CD came out in 2003 on the heels of Burke’s comeback album, Don’t Give Up On Me, which was released in 2002 and won the Grammy for Best Contemporary Blues Album. Rolling Stone said, “Some tracks sound as if they could be forgotten gems from the heyday of soul (Penn’s anguished title plea, Costello’s courtroom drama “The Judgment”), and some have the galvanizing intensity of spirituals (Henry’s “Flesh and Blood,” Waits’ timeless “Diamond in Your Mind”), but all of them share one essential trait: They wouldn’t be nearly as rousing sung by anybody else.”

The CD I bought has a radio edit of the absolutely fantastic “None of Us Are Free.” The video is great, too.

The other songs are a live version of “Don’t Give Up On Me,” by Dan Penn and Carson Whitsett, and Hoy Lindsey, and a previously unreleased song, “I Need A Holiday,” by Penn and Chuck Prophet.

As it happens, Dan Penn is also a top-10 artist of mine.

Since I didn’t know about the previously unreleased song of Penn’s by Burke, who died in 2010, it gives me hope that there is more unreleased material in vaults. If a new album by Burke, or Penn, were to come out, that would undoubtedly send me to a record store.

In the meantime, I am savoring the tunes on this new-to-me CD.