When Willie Tee’s 1969 album I’m Only A Man was released it barely received any promotion and sunk without a trace. Which was a pity because it’s a good album, according to John Lias, author of Spinning Around, A History of The Soul LP, Volume I: A-K. The book is a definitive compendium of all soul LPs issued by American soul artists.

After he released Volume I, Lias, who lives an hour outside of London, immediately set to work on Volume II, which he estimates will cover 1,600 artists.

Here is what Lias had to say about I’m Only A Man for the book: 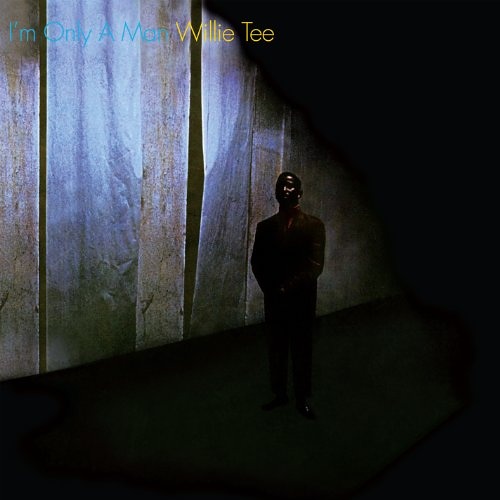 “Wilson Turbinton’s [aka Willie Tee] work was almost always of high quality—glorious singles in “Walking Up A One Way Street” and “Thank You John” and the writing of Margie Joseph’s magnificent “One More Chance”—but there isn’t enough of it. I also wonder if the admirers of his fine I’m Only A Man may have caught on to it because of David Axelrod’s involvement (the musicianship and production is superb) as much as for Turbinton’s singing.

“Anyone who has dismissed Willie Tee because of an aversion to New Orleans’ music should certainly check out the album as there is no trace of any Louisiana influence whatsoever and Capitol seemingly saw him as a ‘sophisticate’ in the manner of  a Lou Rawls or an Al Wilson and certainly that’s how it comes across with “Reach Out For Me,” “By The Time I Get To Phoenix,” and “People” going head to head with the Tee originals “Bring On The Heartaches,” “Take Your Time,” and “I’m Related To You” (surprisingly by far the jazziest cut on show) and it’s the new songs that win out. Despite the cost of the lavish arrangements the label didn’t promote the set (a brief listing in an April 1969 edition of Billboard is all it got) and it quickly slipped away without many people noticing it had even appeared in the first place.”

The album was one of those let-me-take-a-chance-on-it purchases for Lias. “The Willie Tee album had a great reputation among committed soul collectors in the U.K. from the eighties onwards but wasn’t easy to find,” he said. “I finally took a plunge without having heard it, these were the pre-internet days, on a mail order sales list and was delighted that the £50 or so I spent wasn’t wasted.”

Lias is currently working through the letter “W,” and specifically Charlie Whitehead. 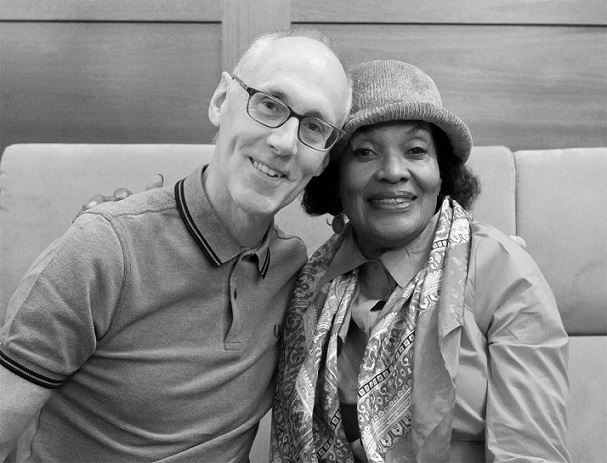 John Lias with Margie Joseph in 2017 at the annual Soul4real weekender in Bilbao, Spain. In Volume I of Spinning Around, Lias wrote that Joseph “made some wonderful records but who has been poorly served by hindsight.…” Photo by Debbie Lias.

Volume I of Spinning Around had approximately 3,000 capsule reviews and Lias thinks Volume II, covering L – Z, will have about the same amount. He anticipates Volume II will be published in May.

With the recent acquisition of an American distributor, Volume I can now be purchased in the states for $30 with a reduced postage rate of $5.

Interested soul music fans and fans interested in music can purchase Spinning Around by emailing John at john.lias@googlemail.com.