On Bettye LaVette’s new album, Things Have Changed, she sings 12 Bob Dylan songs. But don’t even think about calling it a covers album.

“A cover is when you listen to the song, you put it in your key, and you sing it like that. But interpreting a song is the difference between “I Heard It Through The Grapevine” with Marvin Gaye and Gladys Knight. Or “White Christmas.” Nat King Cole and Bing Crosby,” LaVette said.

“If you’re a song interpreter or a singer yourself, and the song means anything to you, then you have to apply it your own life, and your own feelings, or you are indeed a cover artist. And I really am not.

“I had to take the words out of his mouth and put them into my mouth. Because when they came back out, I wanted them to sound like what I thought and what I would say just as if he had written the songs and given them to me. I had to understand what he meant so I could say it the way I would say it,” LaVette said in a telephone interview from her home in northern New Jersey a few days after the March 24 March For Our Lives student-led demonstrations in support of gun safety.

While discussing the march, she sang from “The Times They Are A-Changin.’”

Your sons and your daughters
Are beyond your command

“When I saw them marching that line just jumped into my head,” Lavette said and then repeated the lyrics.

Your sons and your daughters
Are beyond your command

“It’s kind of hard to tell someone to jump off a ledge and then skip away,” she said. “What came to mind was Jimmy Reed. A drunk Jimmy Reed. That’s the attitude I want to have for this tune here.” That attitude was revealed as she slurred and sang the lyrics that gave Reed’s “Ain’t That Loving You, Baby” its name.

Ain’t That Loving You, Baby

You know how it’s said that great actors can read the telephone book and make it dramatic? LaVette sounded soulful singing over the telephone. 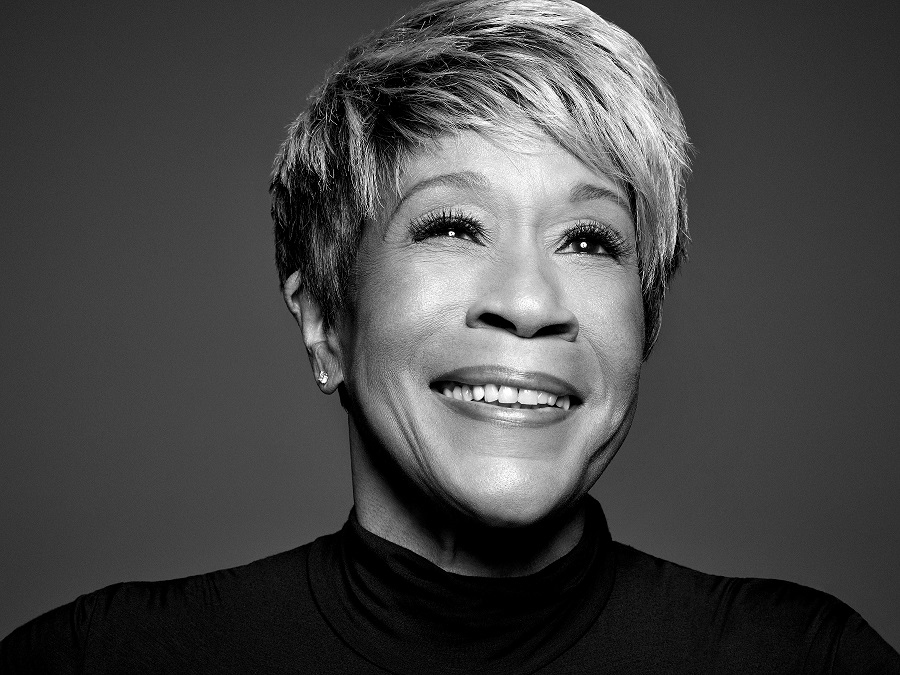 Things Have Changed came about through the efforts of the album’s executive producer, Dylan fan, photographer, and LaVette friend, Carolyn Friedman. She arranged a deal with the Verve label and suggested songs, along with recommendations from LaVette’s husband, Kevin Kiley. 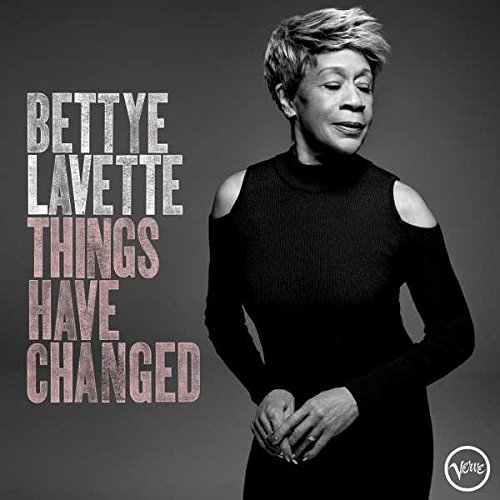 With the exception of “It Ain’t Me, Babe,” and “The Times They Are A-Changin’,” chosen by LaVette after Verve requested she record two of Dylan’s signature songs, the tunes on the album are little-known and relatively speaking, more recent.

LaVette has taken the songs and shaken them up like the notes were puzzle pieces, but instead of putting them back together as originally done, she’s put the notes together wherever she damn well pleases. “Because at this point I just feel so bad at 72 being told what to do,” she said.

“I wanted these tunes to be different and not Dylan-esque at all. I didn’t want Bob Dylan to recognize them, or anyone else.”

“Do Right To Me Baby” from Dylan’s Slow Train Coming gets a punky, funky treatment. Trombone Shorty contributes a solo on Oh Mercy’s “What Was It You Wanted,” a track that sounds like something Curtis Mayfield might have cut in the ’70s. Epic ballads like “Emotionally Yours,” from Empire Burlesque, are that much more emotional and epic.

“I like “Emotionally Yours,” because you know that Dylan does have feelings and that he can break down,” LaVette said. “And when I broke it down and made my own self cry, I told my husband, ‘my goodness, Bob Dylan is making me cry. I can’t believe it.’”

“With black women, I said it just the way I would say it, and so it came out with more emotion and more passion I believe, because that’s the way we talk.”

The album was produced by Steve Jordan who played drums on the record. Jordan plays in Keith Richards’s band and he brought the Rolling Stone in to play guitar on a few tracks, including a solo on “Political World.”

LaVette and Richards had never met, but after sharing drinks and stories in the studio, they decided “that had we been together in the ‘60s, we would have gotten into serious, serious trouble.

“He played his solo laying there on the couch and I had laid my head on his feet, and so he’s playing the solo, and I have my head hanging on his feet,” LaVette said.

Also playing guitar on the album was Larry Campbell, who toured with Dylan from 1977 until 2004. For Campbell, she said, it was an opportunity to play the songs differently after he had done them the same way for so many years. 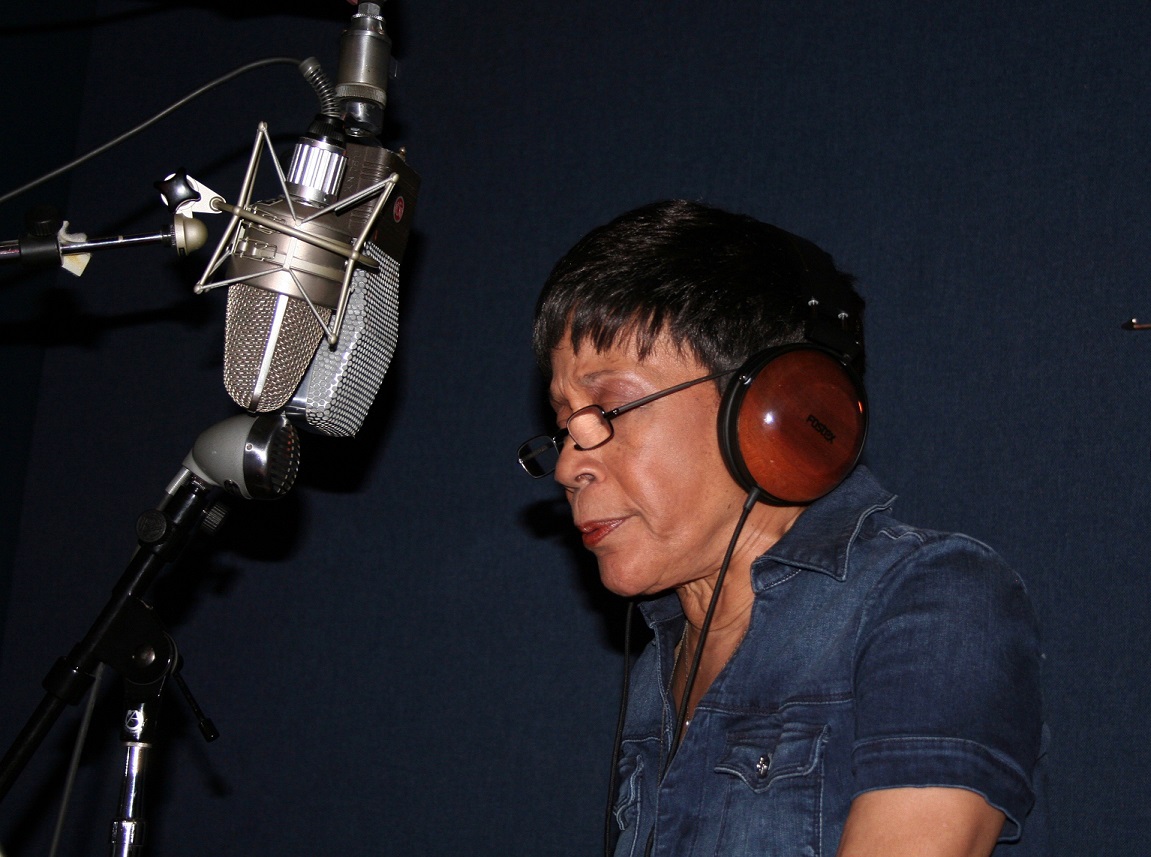 Bettye LaVette in the studio. Photo by Kevin Kiley

LaVette cut her first record, “My Man – He’s a Loving Man,” in 1962. The record was picked up by Atlantic for national distribution and reached #7 on the R&B charts. Although her career and Dylan’s started at the same time, their paths only crossed once, a few years ago at a festival in Europe. LaVette always considered herself a contemporary of Dylan’s and Things Have Changed is not intended as a tribute to him.

“The only way that Bob Dylan has ever been approached is either with this tremendous unusual, uncanny admiration. Or with fear, or with, I don’t know, something else. But never as you approached Irving Berlin or Cole Porter, or anybody else who wrote a song. And ultimately, that is really all they are: songs,” LaVette said. “What I wanted to demonstrate in reconstructing these songs is that is what they are.”

Which doesn’t mean that LaVette “wouldn’t give anything to know what Mr. Dylan thinks of it.” But Things Have Changed definitely wasn’t recorded for an audience of one.

“I hope that everybody else likes it,” she added, “because I am so totally completely thrilled with this, and if you knew the people who knew me, you’d know that is not something I say all the time.”

Visit Bettye LaVette’s website to learn more about her and to purchase Things Have Changed and her other albums.

Read Rolling Stone and No Depression reviews of Things Have Changed.