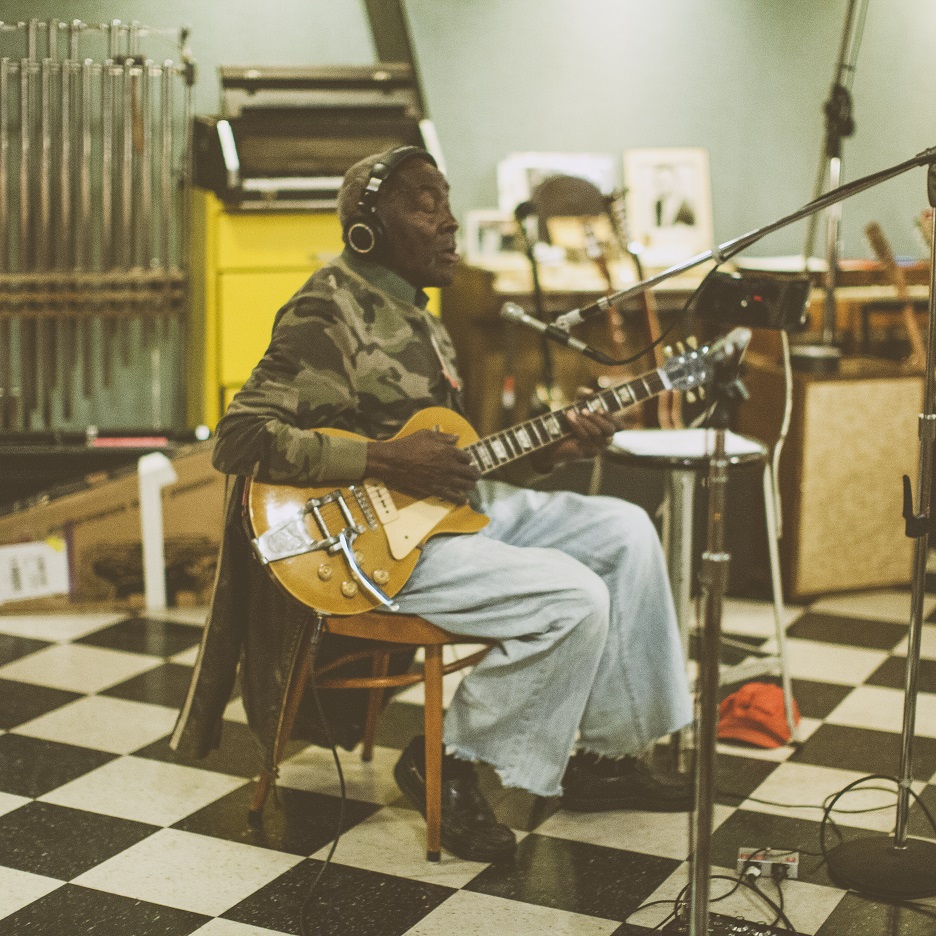 That’s said literally and respectfully, as the bluesman died December 19, 2017 at age 85 in his hometown of Bruce, Miss.

He leaves behind a sparse, late-in-life, well-regarded recorded legacy, including the recently released album, The Angels In Heaven Done Signed My Name, on Easy Eye Sound, the label of Dan Auerbach of The Black Keys.

In its review of the album, No Depression magazine wrote “ … these raw and powerful creations will move even the most unrepentant sinner, slapping you upside the head with the crusty power and glory of Welch’s emotional delivery.”

Glide Magazine said, “The Angels in Heaven Done Signed My Name serves to only further enrich Welch’s legacy. It resonates with the music, and the life, of one of the last real bluesmen. You can hear it in his scorched-oak singing, in his from-the-gut guitar playing, and his own, personal way of bringing gospel and the blues together.”

Born in Sabougla, Miss. in 1932, Welch was taught to play blues guitar on a homemade one-string instrument. He began playing gospel music at Sabougla Missionary Baptist Church services when he was 13; six years later, he moved two dozen miles away to Bruce, a tiny town about 50 miles southwest of Tupelo. He would live and work in Bruce while playing at churches, earning a reputation for performing for hours, even through weeklong revivals, without repeating a song.

The gospel-and-blues dynamic would eventually define him, both in terms of music and his life. Beginning in the ’50s he often sat in with blues acts at Bruce’s renowned juke joint, the Blue Angel Ballroom, opening for legends like B.B. King, Howlin’ Wolf, Elmore James, and John Lee Hooker. At one point King invited Welch to come to Memphis and audition to play in his band. Welch, however, didn’t have the money to get a hotel room so he never went, because King refused to pay for the trip. 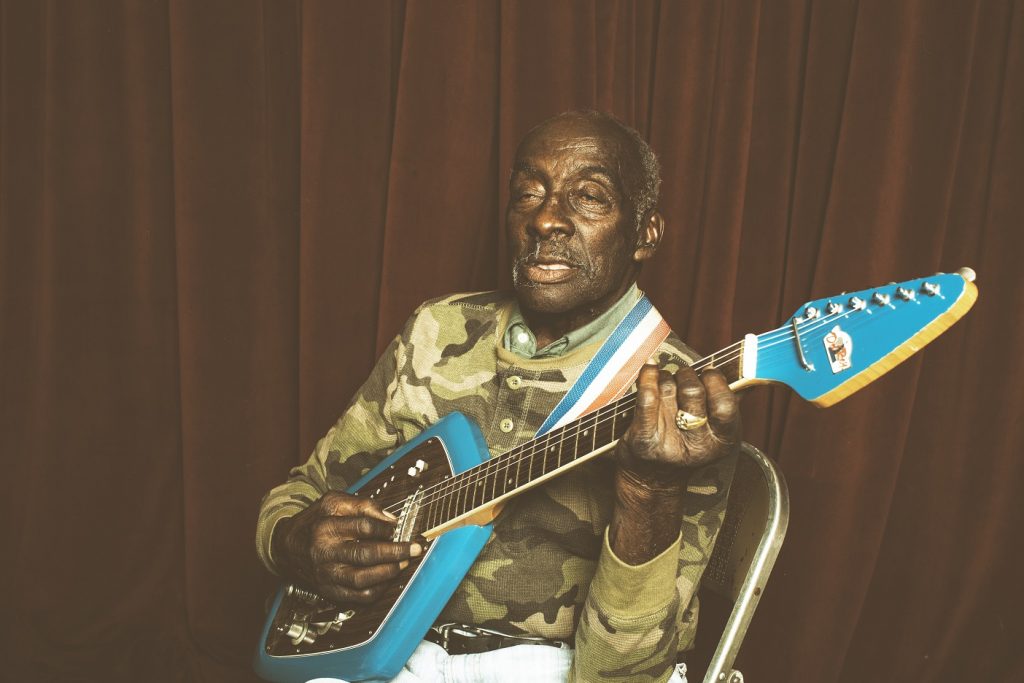 As so in Bruce Welch remained, playing gospel music in churches and private parties around his hometown. Because he wasn’t playing clubs, he remained a secret, incredibly, to Fat Possum Records, the label located about a half-hour away in Oxford, Miss. that began by recording previously unknown Mississippi blues artists.

When Welch’s manager brought the musician to the Fat Possum offices to play, Bruce Watson, the label’s co-owner, immediately signed him. He was the first blues artist the label had signed in about 15 years.

“This is amazing. After all these years there’s a guy in our backyard that we don’t know about,” Watson recalled about hearing Welch for the first time. “He played in this really, raw old style that you just don’t see anymore.”

Fat Possum released Welch’s recording debut, Sabougla Voices, in 2014. The album featured gospel songs Welch had learned, or written, or improvised. In 2015, Fat Possum released I Don’t Prefer No Blues. The title came from one of Welch’s preachers, who said it because he was displeased that Welch was recording blues songs.

In his 80s, Welch, who had never left Mississippi, became a touring musician. He performed on festival stages in approximately 40 countries.

Watson, who had released The Black Key’s disc, Rubber Factory, remains friendly with Auerbach and the two often share music. Watson introduced Welch to Auerbach because he knew “Dan would bring something fresh and exciting to the table.” Welch and Auerbach recorded songs in Auerbach’s studio in Nashville a few years back, but it wasn’t until recently that Auerbach put together the ten songs that comprise The Angels In Heaven Done Signed My Name.

“I feel like his legacy continues to grow after his death,” Watson said. “Doing all of this after the age of 81 is pretty amazing. It’s never too late.”

Auerbach cut about 30 songs with Welch, so there’s more in the vaults. Let’s hope they are eventually released because they don’t make ‘em like Leo Bud Welch anymore. 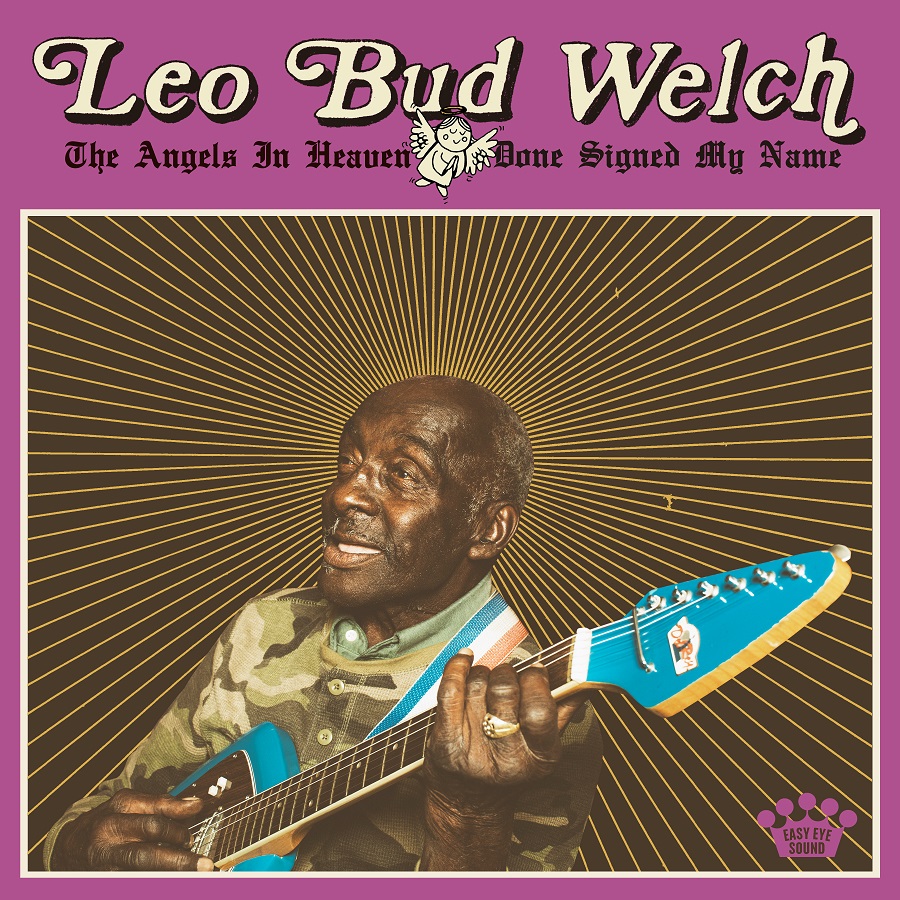