Viewers of Fox News are probably not going to be big fans of Gary Nicholson’s new album, The Great Divide.

The album’s 11 folk-rooted songs, most written by him, are political but not polemical. And they express American verities that shouldn’t be controversial and in year’s past certainly wouldn’t have been.

We all sailed here from across the sea
To the land of freedom and opportunity
We built it up, made it our own
So that sweet liberty would have a home

Then there’s the jaunty, yet biting, blues of Trickle Down. 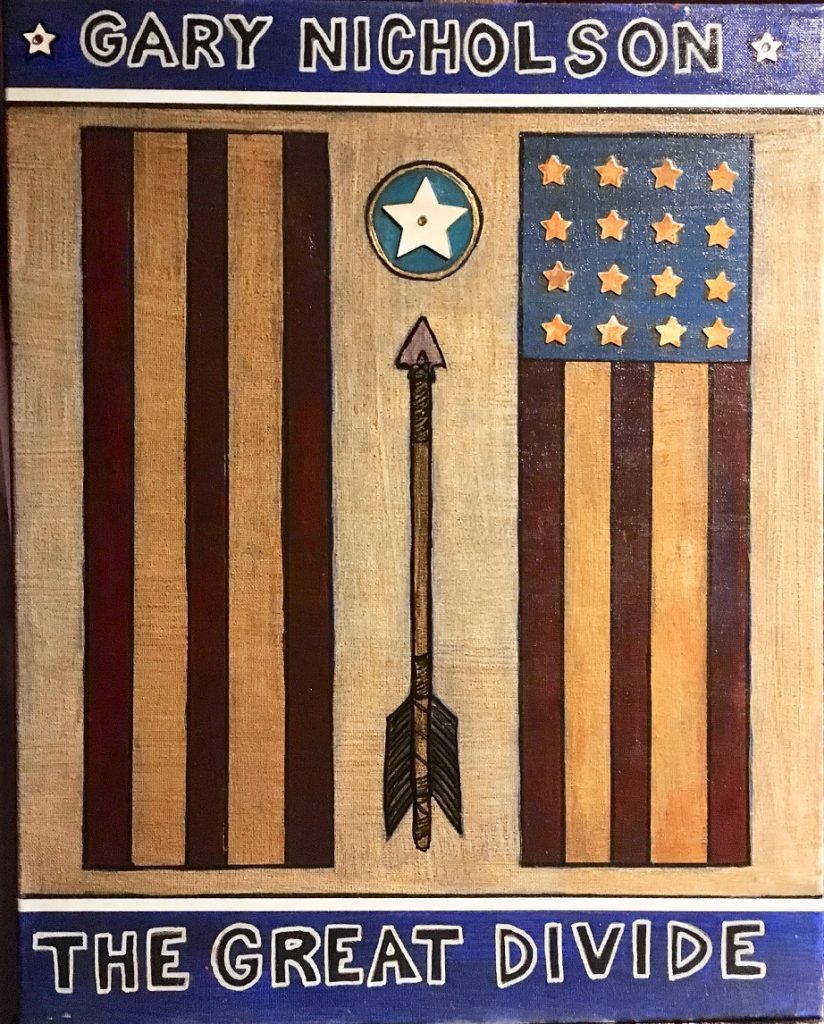 Nicholson said since 2016 he hasn’t been able to stop writing songs in reaction to the hurtful political climate. “With our culture now, what’s going on with the incredible divisiveness and polarization of our country, it’s what we all wake up to. The songs just came to me pretty spontaneously.”

He said he didn’t set out to write a political record but hoped to make an album with “a sincere, hopeful message that we can come together and heal the divide,” much like ‘For What It’s Worth,’ ‘What’s Going On,’ ‘Give Peace a Chance,’ and other songs did during the 1960s.”

Whether you agree with the sentiments on the album, there is no doubting Nicholson can write a song. He’s a two-time Grammy winner whose name appears on 600-some recorded songs, spanning multiple genres. He has written or co-written more than 600 recorded songs spanning multiple genres and has had hits with Vince Gill, Charley Pride, Waylon Jennings, Patty Loveless, Garth Brooks. Others who have recorded his songs, or ones they wrote with him, include John Prine, Stevie Nicks, Fleetwood Mac, Neil Diamond, George Jones, the Dixie Chicks, Guy Clark, Emmylou Harris, Delbert McClinton, and Trey Anastasio. And if that isn’t enough, he wrote the title track to Ringo Starr’s latest album, Give More Love.

The Great Divide isn’t all jaundiced takes on the nation’s sour state.

In “God Help America,” a duet with Ruthie Foster, he recasts “God Bless America” as a prayer for “our sweet troubled home.”

Nicholson says his piece in The Great Divide but that isn’t all he has to say. 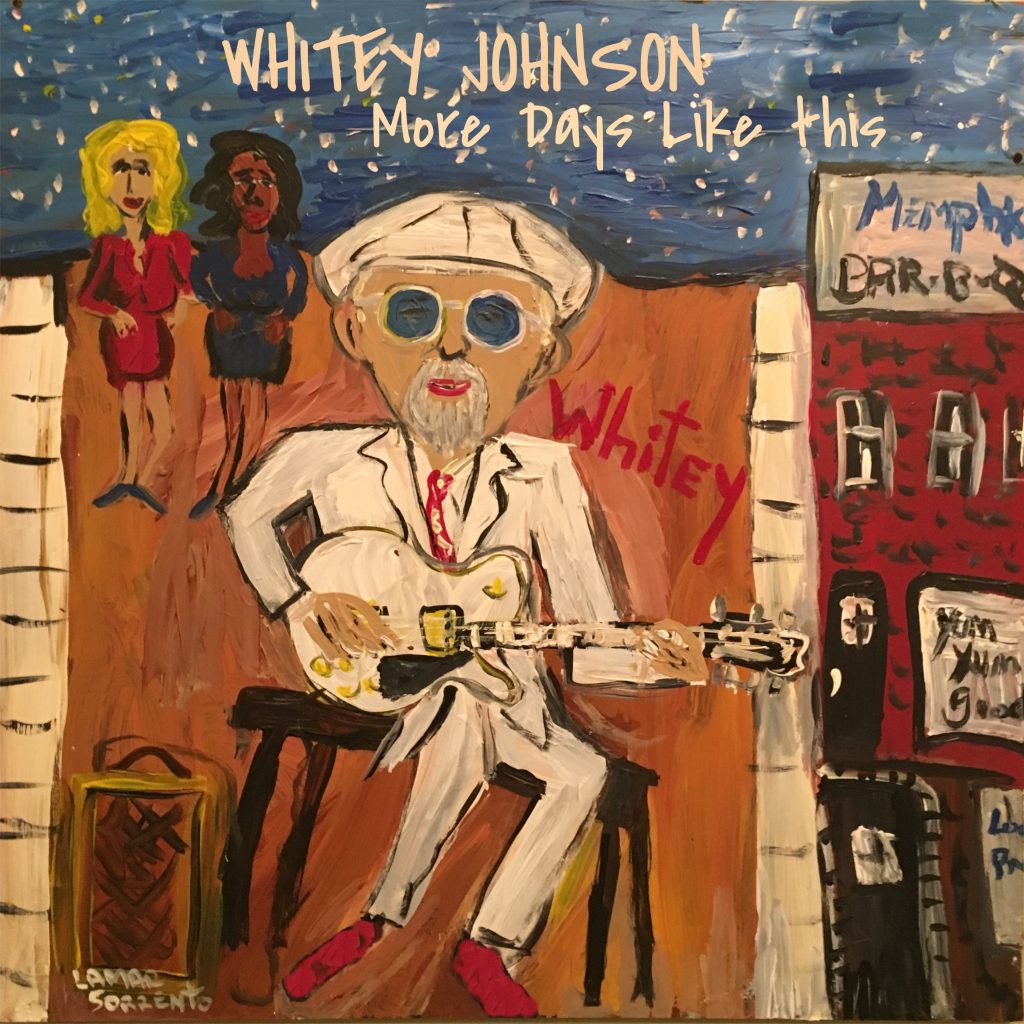 The album has a bluesy R & B flavor, a nod to the bluesmen Nicholson has revered since his childhood in Garland, Texas.

“When I started performing as Whitey,” Nicholson said, “part of my intention was just to say I’m not black and I’m never gonna be able to sound like Muddy or Wolf or B.B. but I can pay homage through the songs they’ve influenced me to write.”

The album includes the classic bluesy soul ballad “If It’s Really Gotta Be This Way.” First recorded by Arthur Alexander in 1992, the song was written by Alexander, Nicholson, and Donnie Fritts and recorded in what Nicholson called his chicken shack studio behind his home in Nashville.

If Its Really Got To Be That Way

“It was a thrill to get to record a record with Arthur,” Nicholson said of the soul legend who died shortly after releasing his 1993 comeback album which leads with the song.

Other tracks on the album are “The Blues Is Alive and Well” and “Skin Deep,” which became the title songs of two Buddy Guy albums, both of which won Best Contemporary Blues Album Grammys.

“I’m one of the lucky ones able to make a living do what I love to do,” Nicholson said. “I love making records so I keep doing it.”

Click here to purchase a digital version of The Great Divide.

Learn more about Gary Nicholson by visiting his website.