Lloyd Price Is Right On Time With New Album

Lloyd Price has a new album, This Is Rock and Roll.

What’s the big deal? Thousands of musicians release thousands of records each year. What’s one more?

It’s a big deal considering Price’s first record came out in 1952. That record was Lawdy Miss Clawdy and it topped the R&B charts for seven weeks and made Price, at 19, the first American teenager to sell a million copies. The Rock & Roll Hall of Fame, which Price entered in 1998, calls the song a “rhythm & blues classic that helped give birth to rock and roll.”

That means the 84-year-old Price has been recording for 57 years, which surely must be some kind of record.

“I never would do oldies shows because I always saw myself as an entertainer, not a has been. And you start doing oldies all your value drops and you start dating yourself. You’re done. I feel like I can still do a quality performance and I always do,” Price said.

The online site American Blues Scene said, “This Is Rock and Roll is a wonderfully well-rounded combination of original tracks, and cover songs. From his silky smooth vocals on The Smoke, to the funk-driven Nobody Loves Anybody Anymore, Price delivers as vibrantly as ever. He’s re-worked his 1969 hit, Bad Conditions, into the modern day social commentary song, Our World.”

Another site, InnocentWords.com wrote, “The New Orleans native travels back to his roots by covering a pair of Fats Domino numbers (Domino played piano on “Lawdy Miss Clawdy,” by the way), as well as making stops at the Brill Building and Motown. However, the newer tunes, which lead off the album, demonstrate how vital a music-maker Price remains today.” 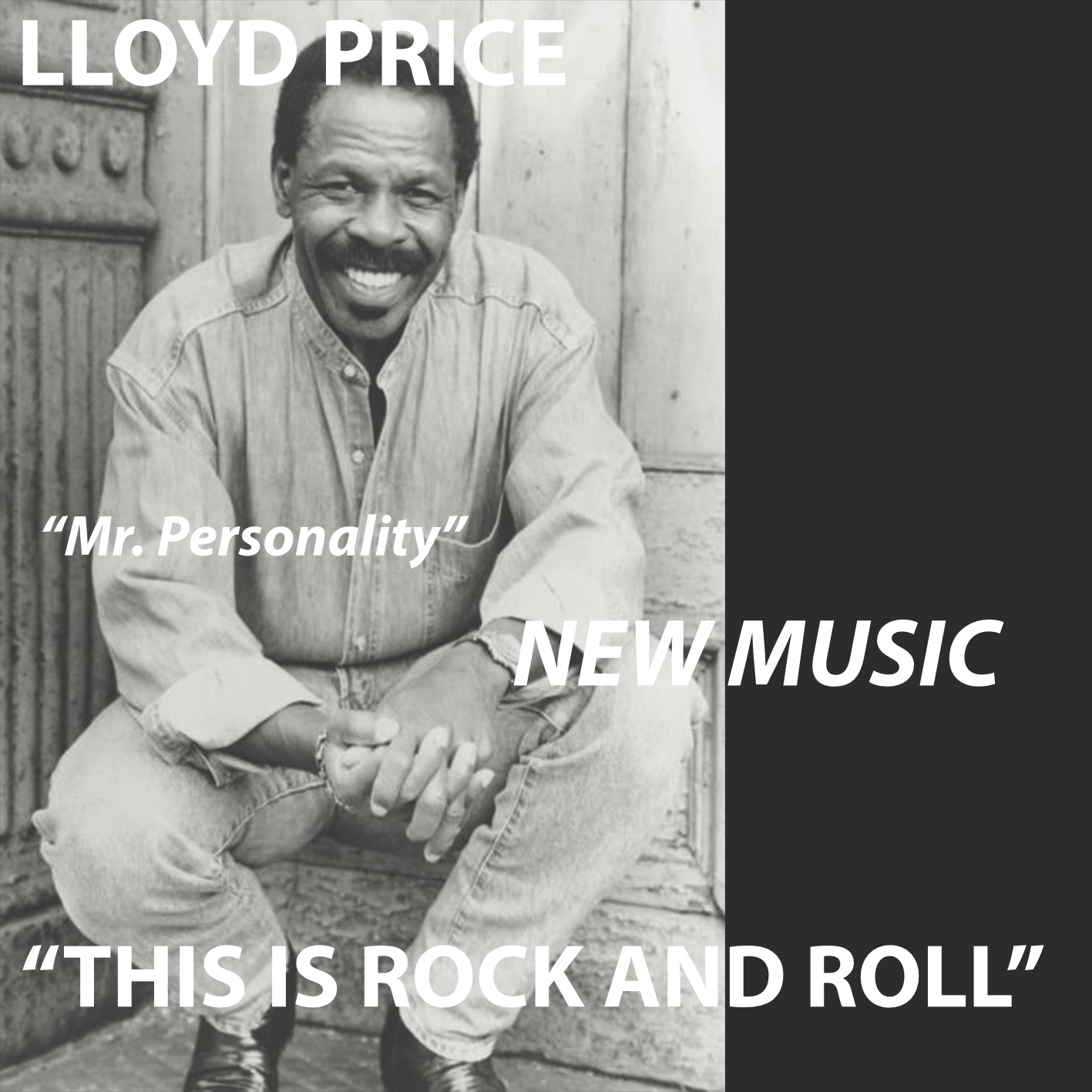 Price’s last album was 1972’s To The Roots and Back. After that release he figured he was done with recording. He also was done with club gigs, but reluctantly had accepted one, a February 2014 show at the Cutting Room in New York.

During a night out at another club he heard the band Stuff and they blew Price away. An idea formed. He would ask Stuff to back him at the Cutting Room gig. When they agreed, Price did a one-eighty on the gig and his reluctance became outright enthusiasm. (The album’s title track, This Is Rock and Roll, paired with Jimmy Reed’s Peepin’ & Hidin’, was recorded at the show.) 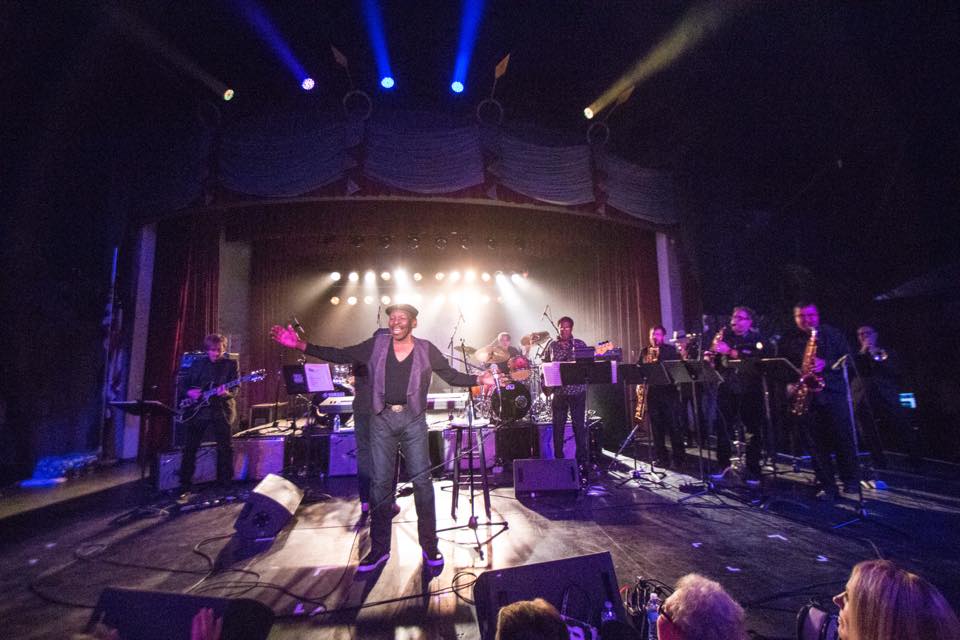 Now he was motivated to make a record and asked the band to join him in the studio.

Price calls the cover songs on the album, “keeping my hands on the base. There are millions of people who still love real rock and roll and music. My base is that group of people. I didn’t want to completely leave them with new music. I’ve got sounds of the mid-70s, and then I tried to bring Fats Domino songs up with the big band so music lovers could get into music other than desktop music. And protest songs like Our World and Nobody Loves Anybody Anymore, that’s very current to what’s going on politically in the world.”

Domino’s songs had a rhythm section and saxophones. For his versions of Blueberry Hill and I’m Walkin, Price “added a big band to it. We completely changed the melodies and only kept the life of the song, which were the words. The song is the thing that has the legs.” It was an approach suggested to Price by Ronald Jones, a New Orleans musician and producer he’s known all his life. Price grew up with Jones’ father, Joe, who had a hit in 1969 with You Talk Too Much.

“I was impressed with the stuff he sent me,” Price said. “It was a new path that motivated me, the way he did the Fats Domino stuff.”

About the “message” songs on the album, Nobody Loves Anybody Anymore and Our World, Price said, “This is a time for that kind of music. The politics are so bad around the world. Everybody is everybody’s enemy. You can see that with the football players and the First Amendment. It kind of touches all of that. It doesn’t say that, but that’s kind of the underlying meaning.

“People should get together and it always happens through entertainment or a song. People get you through music. If they don’t get it anywhere else, they get it through music.”

The album ends with Belly Movement, a song that wouldn’t be out of place on a world music album. Price wrote it with the album’s co-producer and keyboardist Randy Choice.

“I went to a Middle Eastern wedding and I saw this belly dancer,” Price said. “We went in the studio and tried to do exactly what I had heard, but I did it with American musicians. It’s kind of an off time, it’s not really on the beat. It’s strictly for dancing. It’s a party record. The percussionist is just off the hook. I love it.”

During his years away from recording, Price went into business with the zeal of an entrepreneur, a role he previously succeeded at. After serving in the Army during the Korean War, Price had owned record labels and owned and operated a nightclub, Turntable, located at the former site of Birdland at 52nd Street and Broadway.

Turning back to business in the 1970s, with Don King, he co-produced two of Muhmmed Ali’s most famous fights, the “Rumble in the Jungle,” versus George Foreman, and the “Thrilla in Manila,” versus Joe Frazier. He also built middle-class housing in the South Bronx, manufactured sports equipment, and built a thriving food company after turning his father’s sweet potato recipe into a line of cookies, Lawdy Miss Clawdy Sweet Potato Cookies, that Walmart sells.

Looking forward, Price has a play of his life story that he is trying to get on Broadway. “We believe we could have a Hamilton through this music that we call R&B and pop and rock and roll. It’s all one thing and that’s what the story’s about.”

And he’s already thinking about his next album; during those sessions over the past years he recorded 27 songs. With ten songs on This Is Rock and Roll, that means he has enough material for two more albums.

Which means the records, both the music and the achievements, will continue to come.

You can purchase This is Rock and Roll at Amazon:

← The King of Power Pop Has Unplugged
A Salute To Veterans →