The big guitar is back!

Martin Belmont has reissued his first solo album, Big Guitar, with eight additional tracks not included on the original 1995 release. 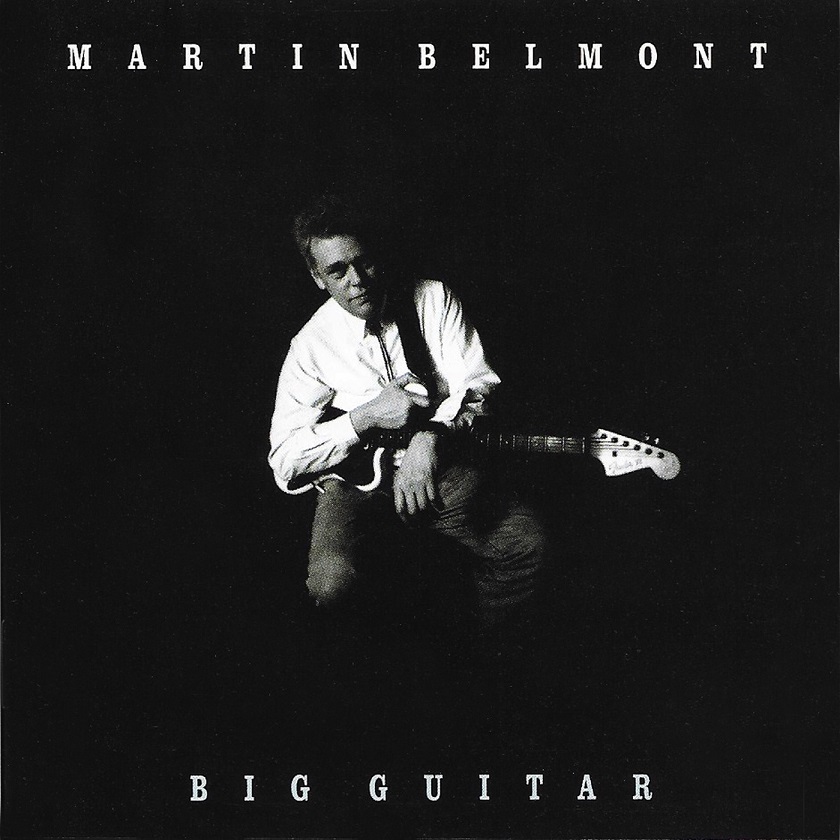 The album’s 20 tracks are a mix of mostly country, blues, and Tex-Mex tunes so authentic that it’s easy to believe the first words out of the British-born guitarist’s mouth weren’t “mum” and “pop” but “howdy pardner.” 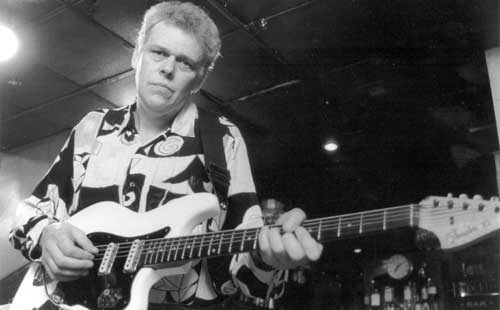 “I grew up with rock ‘n’ roll. Elvis then the Beatles and Dylan and through them discovered the blues, folk, then country, then New Orleans r&b, Cajun and all that good stuff that is now in the box marked ‘Americana,’” Belmont said.

After the 1981 demise of his band, The Rumour, which in addition to putting out three albums of their own, backed Graham Parker on his first five albums and tours, Belmont played with Nick Lowe and Carlene Carter. Then he hooked up with country singer and songwriter Hank Wangford.

During the recording of an early 1990s album of Wangford’s, Belmont had the notion that a Fender bass VI would sound perfect for some of the songs.

One problem. He didn’t own a Fender bass VI.

So he borrowed one from his pal Elvis Costello.

“The sound was so great that it inspired me to write some tunes myself. I came up with these tunes plus a few covers of songs, things that I fancied having a go at. There’s a Johnny Cash song and a Howling Wolf song, who are two of my personal favorite artists.

Once he had composed the tunes Belmont wanted to record them. He enlisted Pete Thomas of Costello’s Attractions to play drums, and Thomas’s home studio, to lay the tracks down.

By that time, Belmont had acquired a Fender bass VI of his own. He plays that, as well as his Fender Stratocaster, and acoustic guitar, on the album.

“On the numbers that it’s used, the Fender baritone guitar is the main lead instrument,” he said. “I wanted a big, deep twangy sound. Sometimes I tracked what I’m playing on the bass VI with the guitar to give it a slight sheen on top of the sound.”

That was Big Guitar in its first incarnation.

A few years later, Belmont had a new batch of tunes for a recording project that was scrapped. Those were added to the original Big Guitar album for the re-released version.

Belmont said he sometimes thinks of the tunes as themes from imaginary Westerns. 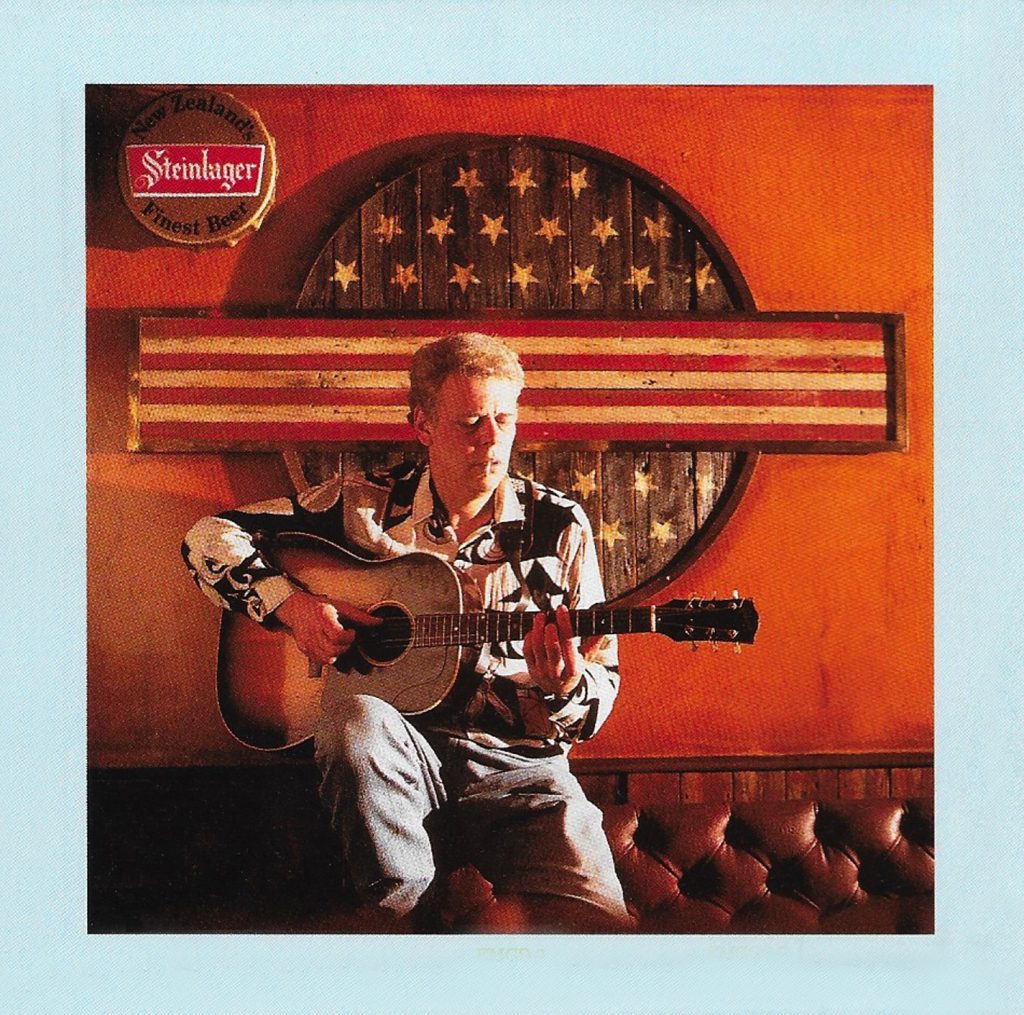 “That’s kind of one of the ways it sounds to me,” he said. “I never thought I’m going to write an album of themes from imaginary Westerns. It’s just the way they turned out, that big, twanging sound, bendy sound of the baritone guitar to me evokes big landscapes, big screen. And that’s why you’ve got titles like Big Sky and The High Country. That’s why I used those sorts of titles because they seem to be appropriate to the songs.”

The big guitarist himself, Martin Belmont, shares thoughts about some of the tracks on the album:

• The Man in Black – This tune started off without a title, but Belmont realized it had a distinct Johnny Cash influence. “Once I worked out the basic tune, I realized the arrangement changes key twice during the chorus of the song, just like Johnny Cash. One of his favorite tricks was to change keys between choruses and verses. I Walk The Line is a classic example and Johnny Cash did that on more than one occasion. Once I made the connection, it became The Man In Black.

• The West Texas Fender Bender – This is Belmont’s favorite tune on Big Guitar. The title, he said, “was a nice group of words which suggest the west Texas plains. And a fender bender is a double meaning of a car wreck but it’s also Fender guitar, bending the strings on a Fender guitar.”

• Battersea Bears – Belmont was asked to contribute a tune to a three-CD set celebrating the Bear Family Records label’s 35th anniversary. It could be an original song, a cover, or an instrumental but there was one condition: It had to have the word “bear” in the title. Belmont had recorded the horns in the Battersea Square home of the tune’s tenor horn and tuba player, Richard Allen, and he had originally given the song the title Battersea Square. Belmont changed the name to Battersea Bears and, voila, it was given to the label.

“The main thing about instrumentals is you can call them anything you want. They’ve got no lyrical theme to follow. So it doesn’t matter what you call them,” Belmont said.

The song is distinctive for its use of tenor horn and tuba. “I think they bring that brass band, Salvation Army type-sound to it, which is a sound I’m particularly fond of. It’s a way of using horns that’s completely different from the normal horns on records, which I most associate with soul and r&b music.”

• Bonton Roulez – Co-written with then-regular collaborator Reg Meuross, this song is a trip and tribute to New Orleans. The song has iconic New Orleans imagery and landmarks, like Cajun queens, zydeco dancing, gumbo, and of course, Bourbon Street. “Like John Fogerty, who wrote all those songs about the bayou while living in San Francisco, this is my idea of a New Orleans fantasy. I’ve never lived in New Orleans.”

• An Atkins Diet – a jokey title about the diet, the song is really a nod to Chet Atkins. Belmont finger-picked on acoustic guitar on the tune, and also played two electric guitars. “It’s in his country and rockabilly style, and reminiscent of his playing.”

• Howlin’ For My Baby – This is a cover of a song by Howlin’ Wolf. Mark Hoffman, co-author with James Segrest of the definitive Howlin’ Wolf biography, Moanin’ at Midnight: The Life and Times of Howlin’ Wolf. Hoffman told Belmont it was the best cover of a Howlin’ Wolf song that he had heard.

“We played it live in the studio and although my voice doesn’t even belong on the same planet as Howlin’ Wolf, I think the way everybody else played, and the way I played lead guitar on it was really good. That’s a track I’m pretty proud of.”

• Pickin’ With Brinsley – Belmont got in touch with his former bandmate Brinsley Schwarz from The Rumour and had him play electric guitar along alongside his acoustic playing. Belmont had sent him the track in advance and asked Schwarz to come up with some soulful parts in the style of Curtis Mayfield and Pops Staples, via Robbie Robertson. Schwarz had his parts worked out when he came over to record the tune. 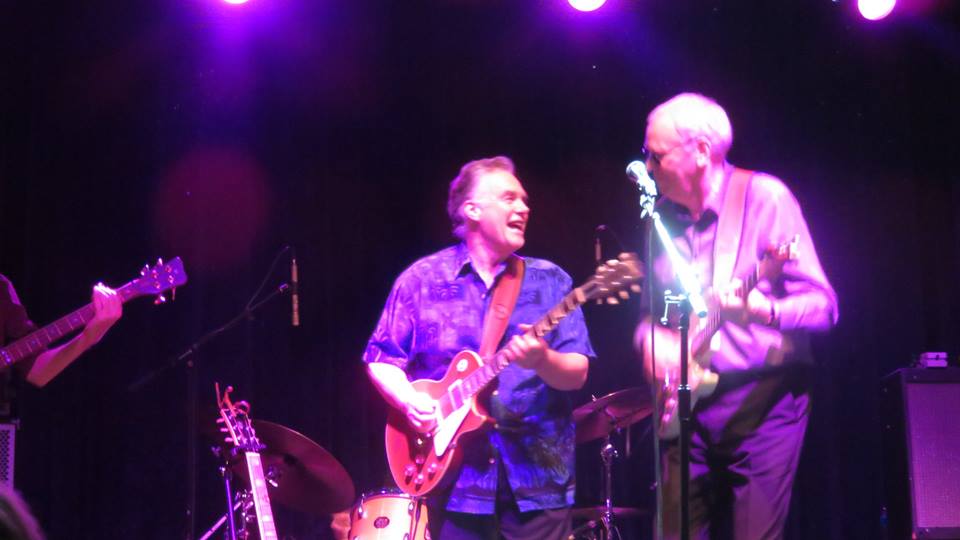 Belmont (right) and Schwarz performing during the Graham Parker and The Rumour Reunion Tour.

“When we played together in The Rumour, and it had happened automatically, we never treaded on each other’s toes, musically speaking. Whatever it was we did, we always found a way to interlock with each other without getting in each other’s way.”

You can purchase Martin Belmont’s Big Guitar by clicking on this link.

You can hear samples from Big Guitar at this link.