“The Old Guys” is What’s New From Amy Rigby

But it’s not just old guys who populate the album. There’s Leslie, an amalgamation of the many women Rigby’s encountered and admired over the years at shows, and the fictional Carrie, who Rigby channels and feels like “right before the bucket slipped.”

The characters, fictional, real, and imagined, are joined on the album by back-in-the-day choices Rigby had to make between cassettes and CDs, and current decisions like whether to have a beer or a glass of wine and her hope “that it’s okay I still drink.” There’s also road songs like “Back from Amarillo” and” Playing Pittsburgh” on the elegiac The Old Guys, Rigby’s first solo record since 2005’s Little Fugitive.

She kept busy in the intervening years with two international moves, first to join her husband, Wreckless Eric (Goulden) in France, and then back to New York, where they have a home. Rigby made three albums with Wreckless Eric, played music, and tackled other artistic pursuits.

All the while the calendar kept flipping.

“I had to get to the point where I felt like it had to happen,” Rigby said about making the new album. “I started to think, based on losing friends and stuff over the last couple of years, people just getting sick and dying, I wanted to get some work out there. Or, people I didn’t know, like Tom Petty, he was just here one day and gone the next, and I do think mortality starts to seem very real.”

As she sings in the acoustic, country-tinged “Back from Amarillo:”

Not surprisingly, Rigby named aging, mortality, time, and heroes as some of the album’s themes. “And gratitude toward the people who went before and showed the way.”

The record was produced by Wreckless Eric and recorded at their home studio, with Rigby playing guitar on all 12 songs and keyboards on half of them.

The Old Guys is available in vinyl and includes a download, and as a CD. Rigby has also produced an accompanying booklet with lyrics, and her stories, drawings, and photos. 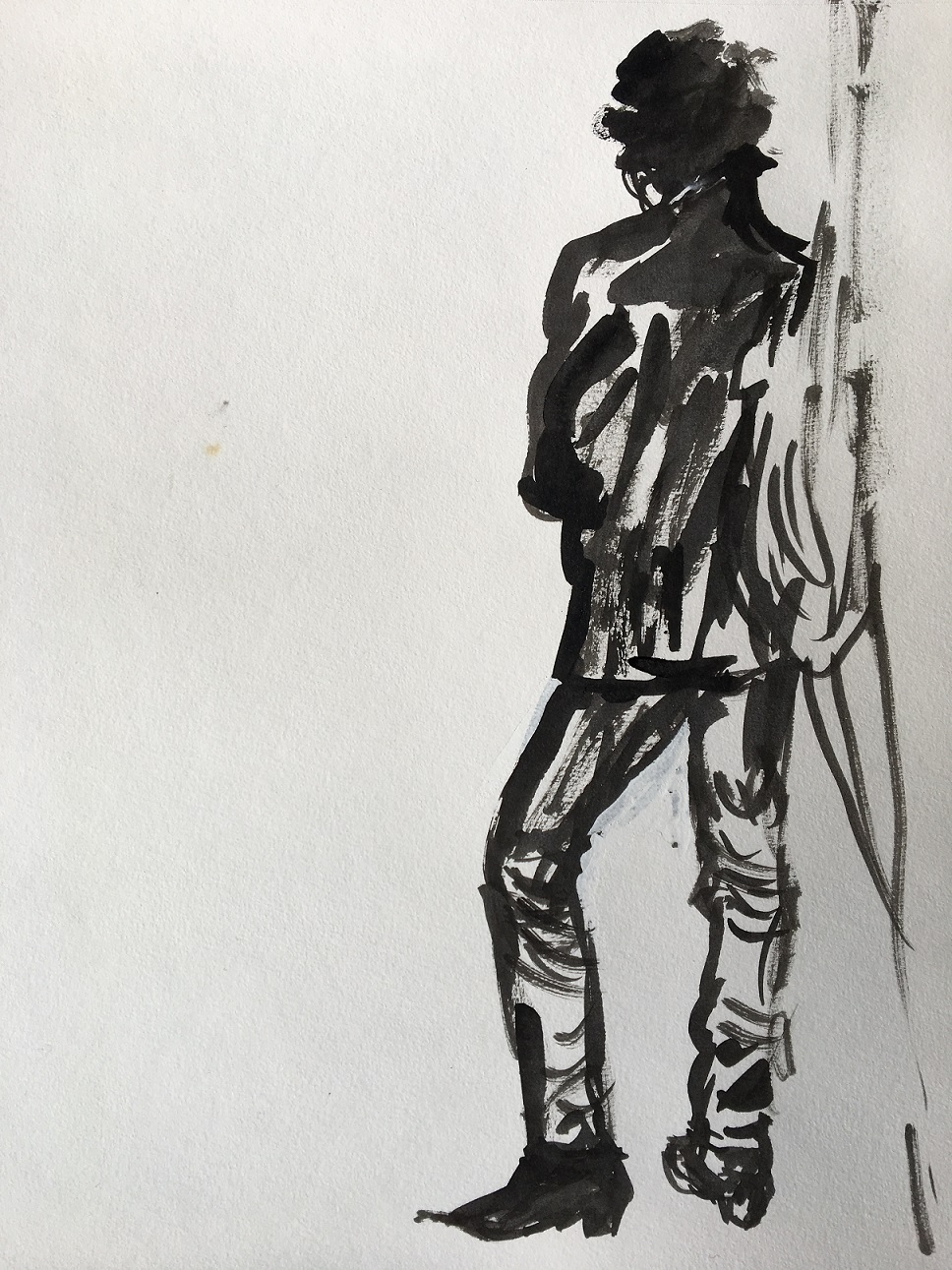 “I’m always writing, and I guess in the last ten years a lot of my writing has not even been songwriting. It’s been blog writing, it’s been working on a book, just trying to improve or develop as a writer,” Rigby said. “I write, and I draw, and take pictures. I’ve been doing all this and so I thought it would be a nice companion to it, a natural thing to do. Why not put it all together?”

The album’s first track is “From philiproth@gmail to rzimmerman@aol.com.” Over thunderous power chords Rigby imagines an email from Roth to Dylan after he has won the Nobel Prize.

As you step out onto that Nobel stage
Spare a thought for the man who labors on the page
When you’re standing in the spotlight where you’ve always been
I’ll be alone with a pen, alone with a pen

Yeah, Roth expresses some bitterness in the song, and maybe just a bit on behalf of Rigby, but it’s really the everyman quality of the singer that Rigby is celebrating. 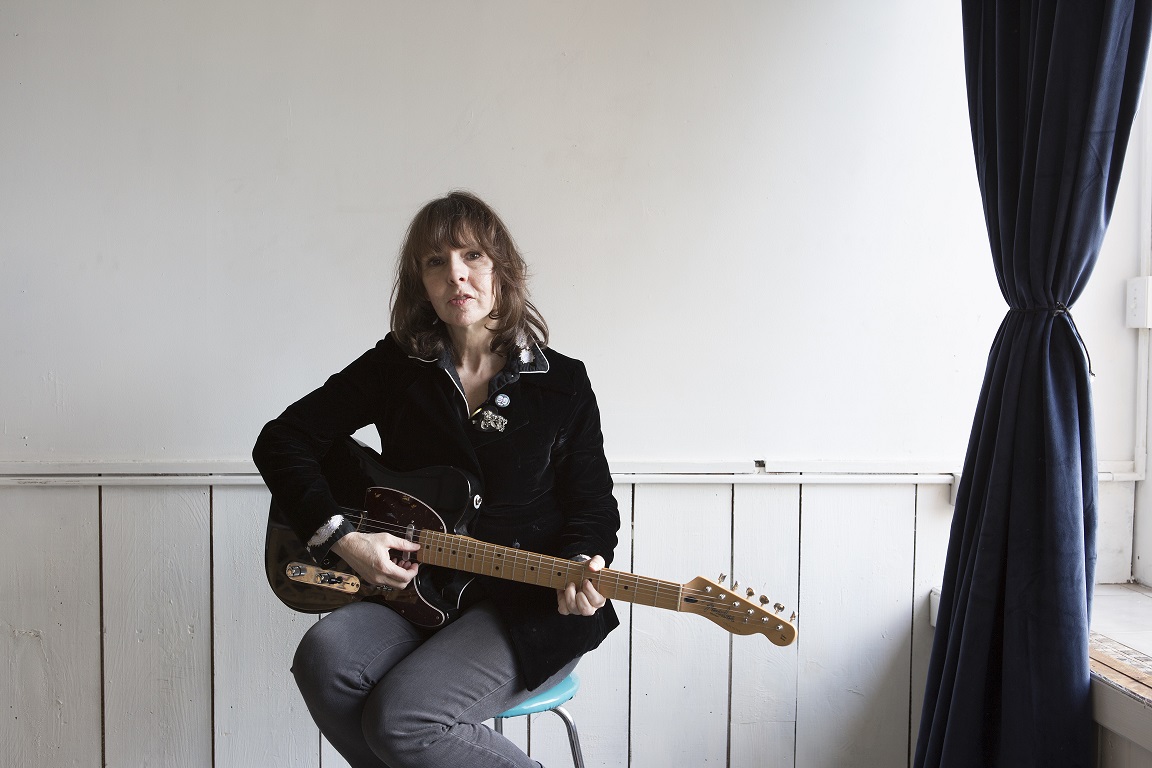 Rigby reluctantly admitted to seeing herself as well in the song “The Old Guys.” The song reflects her admiration for the first waves of rock musicians who, she said, with courage and imagination, took music into new directions.

“It’s an acknowledgment of those that came before and an acknowledgment that that’s where you’re headed if you still keep doing what you did as a young person, you will become the old guy. And it’s not a bad thing,” Rigby said. “It’s an acceptance of that type of authority. It’s like a hard-won kind of thing.”

If Rigby has now joined the ranks of “the old guys,” it’s a place a lot of other “old guys” can relate to.

“I’m really happy with the record,” Rigby said. “I think it’s raw and deep and I feel really proud of it. I feel happy with how it sounds. I love how it rocks. It makes me cry. I feel like when I send it out to people, that they’ll get those feelings out of it, too, and that makes me feel like it’s a success.”

Visit Amy Rigby’s website to purchase “The Old Guys” and the accompanying booklet, and to see her tour dates.