You’ve got to figure that the master tapes of rock stars like the Stones, Who, Bruce Springsteen and U2, to name just a few, are stored in state-of-the art climate controlled rooms under 24-hour lock-and-key, and tended to by a staff of highly remunerated engineers.

And then there’s Paul Collins. The master tapes for his album One Night, recorded in 1987 and released only in Europe, were stored for the past 15 years or so in the back of the bedroom closet of his mother’s Greenwich Village apartment. 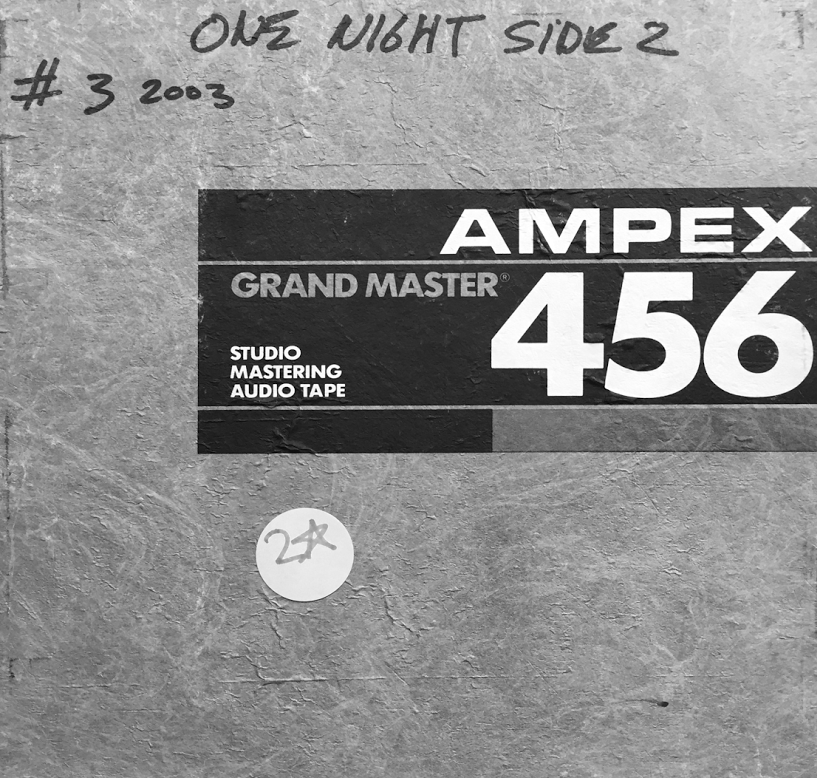 The master tapes for One Night.

Which sounds about right for the 60-year-old power pop legend whose DIY ethic, borne somewhat out of necessity, has him touring the United States and Europe as the Paul Collins’ Beat and backed up by bands of young musicians he puts together. Sometimes he’ll act as a booking agent and promoter, hustling up venues and finding like-minded bands to share bills. He also regularly puts out albums.

So, when reissue/archival label Frodis Records contacted Collins last year about re-releasing One Night, the final record by his band, the Paul Collins’ Beat, he was all in.

“I’m happy that it’s out and that people will get to enjoy it,” Collins said. “The music is great. It sounds great.” 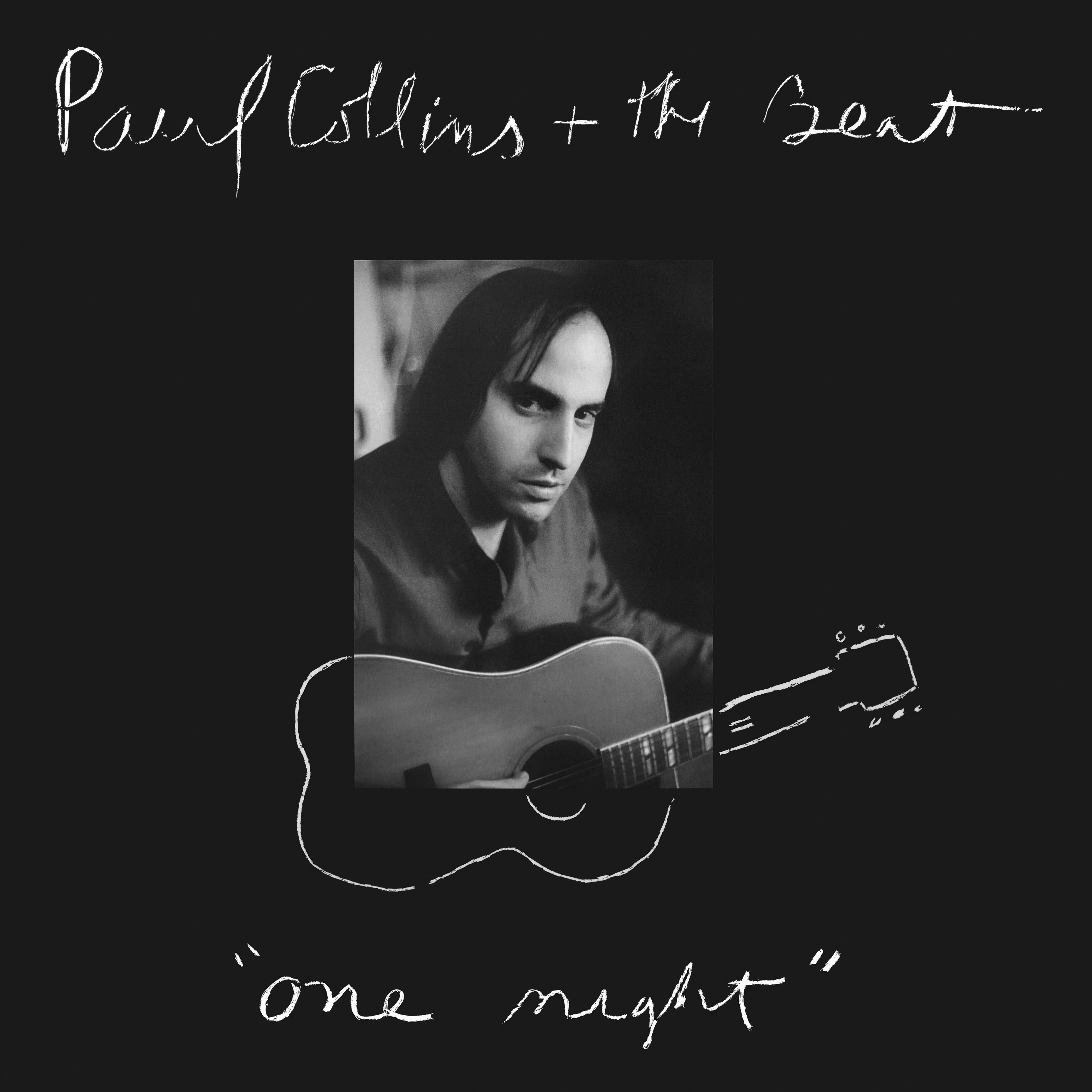 Not only did Paul Collins’ mother, Sica, store the master tapes for the One Night album, she designed the cover. An artist in her own right, she took the picture, drew the guitar and wrote the album’s script.

“I wanted to work with him because he’s been a hero of mine since I was a teenager,” said Frodis label founder Scott Carlson. “One Night has been a favorite Beat album of mine for a while, but I had never seen a physical copy before. I only knew it from a needle drop copy someone had put online. I wanted to make sure it was available again, if only on a limited basis.”

“By that time the interest in what we were doing in America was zero,” Collins said. “We were just way out of the limelight. We were off on our own like millions of other bands doing our own little thing and trying to get the support that we could get.

“It was very disappointing but I think people who do what I do, they start to live with disappointments,” Collins said without bitterness, but with hints of frustration and resignation in his voice. “You try to do your stuff and you can’t get it released in America. You’re happy that it can come out in Europe. You go over and tour there. People love you. You come back home. Nobody cares.”

Collins formed the band in the summer of 1979 in Los Angeles after the breakup of his first band, San Francisco’s influential The Nerves. After seeing him in The Nerves, Eddie Money became a fan of Collins’ songwriting. Money, riding high following his hits “Baby Hold On” and “Two Tickets to Paradise,” recommended Collins to his producer, Bruce Botnick; his label, CBS Records; and his manager, Bill Graham.

Soon enough, Collins was signed to CBS, he was managed by Graham, and Botnick was producing his band’s first album. Botnick not only produced Money, but helped co-produce the Doors’ last album L.A. Woman, co-produced Love’s third album, Forever Changes, and was an assistant engineer on the Rolling Stones’ Let It Bleed.

In September the band released their self-titled album, The Beat, recorded in three weeks in Los Angeles.

The album is regarded as a power pop classic, one of the greatest power pop albums of all time. But shed the labels you’re left with just a damn great rock ‘n’ roll album.

On their first national tour the Paul Collins’ Beat opened for British musician Ian Gomm in mid-sized rooms. Next they opened for The Jam in 3,000-seat theaters.

“That was the one thing about being tied to Bill Graham,” Collins said. “They were all about touring. In the beginning it went very, very quickly. We’re looking good. We didn’t know how good we had it.”

Despite Graham’s industry muscle, the band still had to suffer the trials of being the opening band.

To promote the album, the band landed slots on American Bandstand and on The Merv Griffin Show.

Despite the exposure, accolades for the album, and their energetic live shows, the band couldn’t gain traction in an industry that demanded hits. There were two main obstacles: record stores and radio.

In the booming mid-to-late 70s music industry, profligate record companies were shipping albums to record stores at double platinum, or two million units at a time. After the commercial debacle that was the soundtrack to the Sgt. Pepper’s Lonely Hearts Club Band movie, in which more than four million unsold albums were sent back to the label, record companies halted over-pressing and over-shipping albums.

“When our record came out, stores said, ‘yeah, give us three copies.’ So, they got their three copies and basically what happened, most of the people who worked in the stores took those three copies,” Collins said.

“We had a record out, we were getting amazing press all over the country, people were going into the stores to buy the record but it wasn’t there. And there is a very long-standing adage about that. If you’re record’s not in the store and you’ve missed the sale, you’ve lost it. You’re not going to get that sale back. They’ll buy something else. They’ll buy Michael Jackson or whatever they’re going to buy.”

Nor could the band crack the radio market, which required not just label enthusiasm, but financial support. And that support mostly went to sure things. The Paul Collins’ Beat was getting close to zilch from CBS for radio support yet Collins remembers the label spending scads of money to promote Billy Joel’s Glass Houses.

“When I started my career in music with The Nerves we witnessed the whole collapse of the old vanguard, the dinosaur rock thing, whatever you want to call it. Doobie Brothers. Styx. Journey. And then it just collapsed. And then punk rock came. And it was like, ‘Okay, we’re going to break the mold and now we got a new thing and we’re going to do this and, you know, and rock and roll, the new generation,” Collins said.

“And in the United States if you didn’t fit into that you couldn’t get any kind of support. It’s a business. It doesn’t have anything to do with popular taste. It’s a radio-driven business.”

The band released their next album, The Kids are the Same, in 1981, when label and management support was dwindling. Soon, CBS dropped them altogether. The band released an EP, To Beat or Not to Beat, in 1983, and another, Long Time Gone, in 1985.

“By that time, we were quasi-Bill Graham. We were getting help from their junior, junior, juniors. Basically, nobody wanted to admit the fact that the whole thing was over and we were operating on our own,” Collins said.

But Collins had a batch of songs and another champion in David Hayes, a bassist, producer and band leader for Van Morrison. 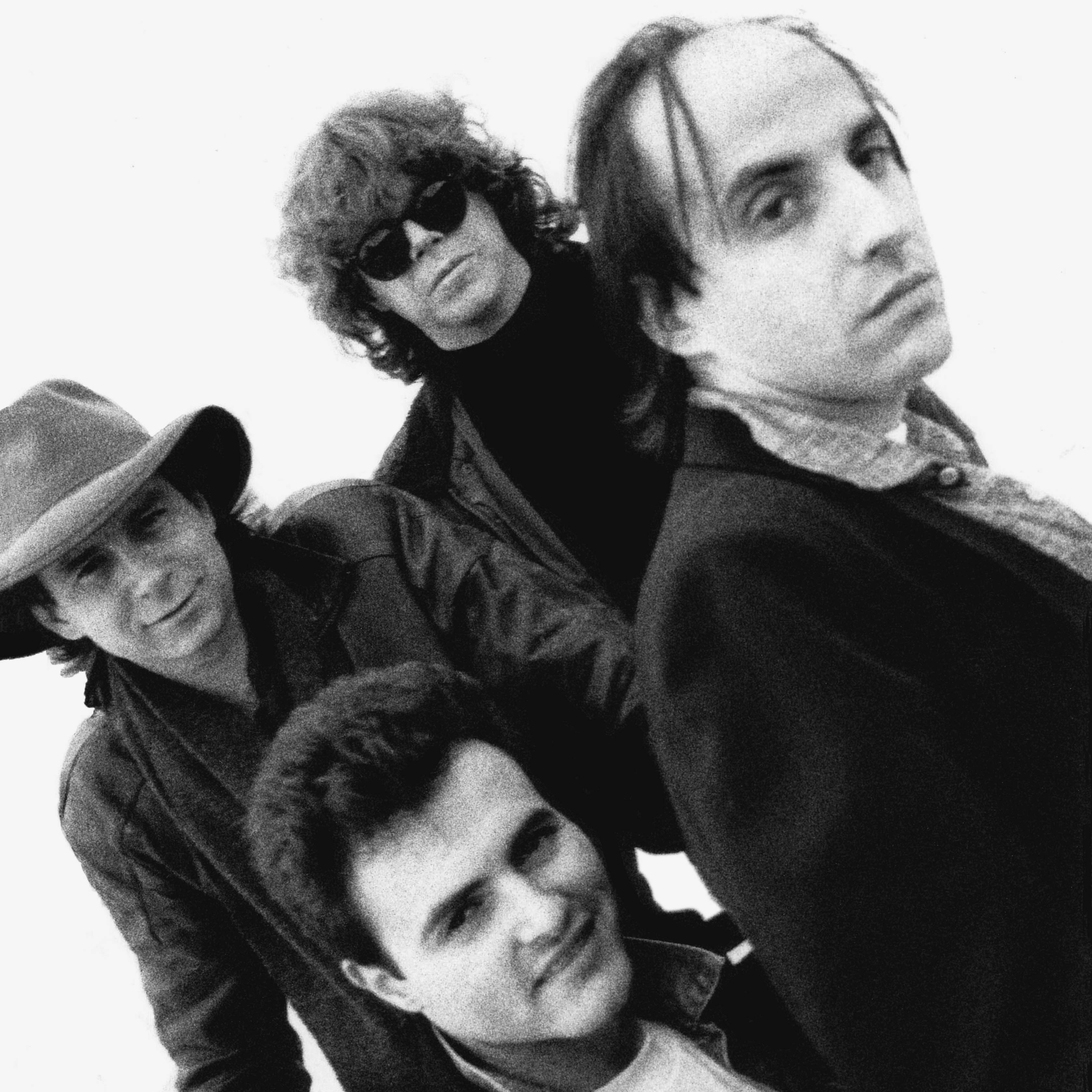 “All these songs,” Collins said, “as are all my songs, are little pop songs with a world unto themselves.”

While Collins wrote the songs for the basic Beat rock ‘n’ roll lineup, two guitars, bass and drums, Hayes added some new flourishes, such as bongos on the song One Night and a mandolin on Brokenhearted.

“You’re always trying to broaden your horizons,” Collins said. “Most people who play this kind of music have a lot of different influences. Initially they come from one place but the more you do it, you want some of those other influences to creep out. You don’t want to just strictly be doing what you did.”

The Paul Collins’ Beat band broke up shortly after the album was completed but One Night delivers what Collins does best, rock ‘n’ roll songs that deserve a new day.

Just Give Me Love

You can read an A.V. Club story about One Night.

Visit Paul Collins’ ebay store to purchase personalized copies of One Night as well as his other records.

Learn more about Paul Collins and hear his music (free downloads!) by visiting his website.