A.J. Croce’s Path to the Roads

A.J. Croce didn’t plan to include the song The Roads on his new, and ninth, album, Just Like Medicine.

But when your producer is legendary singer-songwriter Dan Penn, who has written enduring soul classics for the likes of Aretha Franklin and Percy Sledge, and Penn wants it on the album, it goes on the album.

“The Roads is definitely an honest description of my life,” Croce says. “I’d say there’s probably a little more metaphor than the literal take that I have on Cures Just Like Medicine,” (the album’s fourth song.)

“It’s a little different than the rest of the album. It almost didn’t make it from my perspective but Dan Penn really loved it.”

Setting off on different roads
In altered states with heavy loads

Heavy loads for sure. Croce had what he understatedly calls a really challenging childhood, losing his famous father, singer-songwriter Jim Croce, in a plane crash when A.J. was only two. Then, at four, Croce was blinded as a result of physical abuse from his mother’s boyfriend. (He later regained sight in his left eye.) When he got older, Croce, now 46, had to balance playing music for a living and touring, with having a family.

“And altered states is very literal, whether it means going through a time of alcohol, or medicine or dealing with my own psychological stuff. You can fill in the blank. The altered states were all kinds of different perspectives.” 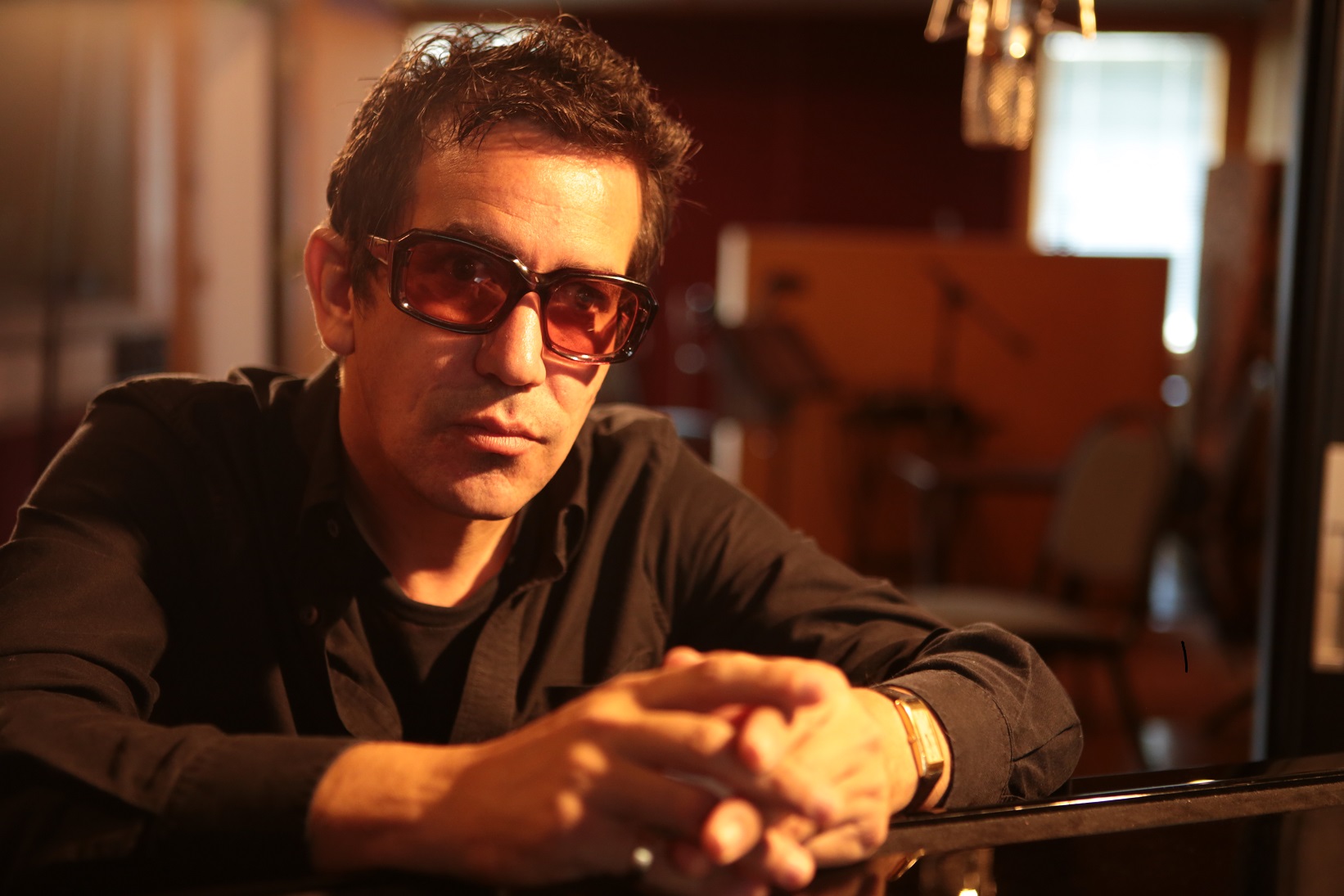 The roads
Leading me astray

Croce refuses to be a Wooderson. Not changing, that’s the idea that scares him.

“Doing things the way that feels right is worth the cost,” Croce says. “It means not having the renown that some people pursue. It means not making as much money as I could have. All of those things. Having time when my kids were at home and flying home for birthdays instead of playing good paying gigs.”

“I turned down a lot of gigs, especially early on. I wanted to have my own identity so I turned down record deals and tons of money to not play my father’s music in a situation where I felt like it was selling out.

Secure now in his own identity, Croce even included a song of his father’s, Name of the Game, on the new album. Once again, it was Penn’s call. “I didn’t tell Dan it was my dad’s song. I just brought him a bunch of songs and said, ‘what are the best?’ It made it on its own merits.”

The song had never been released by his father, increasing Croce’s comfort with putting it on the album. “It was a chance for me to, I guess, collaborate in a sense with my father in a way that wasn’t corny,” he says.

Now, a few times a year, Croce will play a show of his and his father’s music, what he calls a concert of two generations of American music. “But it took years of releasing records and having a bit of success on my own, charting and traveling around the world, to feel that I had an identity strong enough.”

Croce calls The Roads a kind of a curious song. “Most of the record is really soul-based. But The Roads starts off with that reverby surf guitar sound. I mean it could be Link Wray. It could be the Ventures, the Bel-Airs. It could be something like that. It has a definite 60s feel to it. There’s something about it that reminds me of Procol Harum probably because I’m playing piano and organ on it and the organ part is something that’s sort of like a Bach riff that I stole.

“It has that element of, I don’t know if you’d call it progressive rock, or I think they say baroque pop, or whatever. There’s a determination. I don’t know what to call it, man. It’s just what it is.”

The Roads is a musical departure on the album, as is the first track, Gotta Get Out of My Head, which was written at his kitchen table and later recorded in one take.

With Gotta Get Out of My Head, Croce says, “Instead of writing out charts and arranging in traditional fashion, the idea of it was to capture a real emotion and so, form-wise, except for the chorus, it could be from the 1920s. There’s some sort of voodoo.”

The album was recorded in mono to analog tape and no more than 16 tracks were ever used. Or, to put it another way, “no digital animals were injured in the process of making this record,” Croce says. “There’s no pitch correct. You’re hearing the band play. 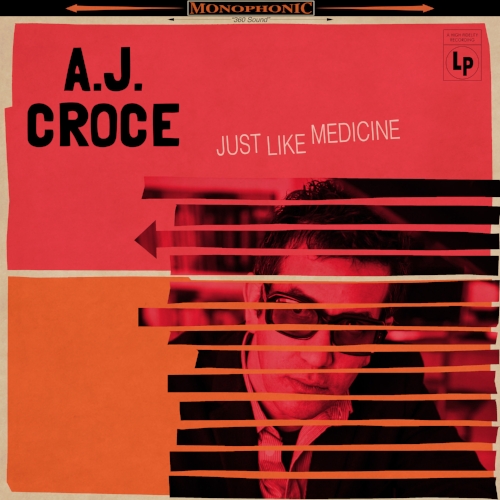 Recorded in Nashville, where Croce lives, Just Like Medicine also includes a song, The Other Side of Love, co-written with Penn. “He’s an amazing songwriter, so he thinks about the song, thinks about how’d he’d want to record it. He sat behind the board the whole time except when he sang with me,” Croce says.

“Dan was the right person to work with because there’s no rush. He’s like, ‘I might mix a song in day or it might take us a week.’ He’s listening, he’s thinking about it.”

Betting odds or secret codes
Ones and aughts in endless rows

Like, well, everyone, Croce has made mistakes, “all kinds. Name one. I can’t even begin to think of the mistakes I made whether it’s something I said that I regretted, whether it’s career decisions that I chose not to take because I didn’t believe in them even though it was it was probably better for me.

Selling rights for other roles
Getting seen and getting sold

“I learn all the time. It might be for a period of time I’ll pick up a new instrument. It might be a banjo, it might be a ukulele. It might be some percussion instrument that I’ve never played. The only instrument I’ve really mastered is the piano and then second to that is guitar. I love playing bass. There are a lot of instruments I like to play. 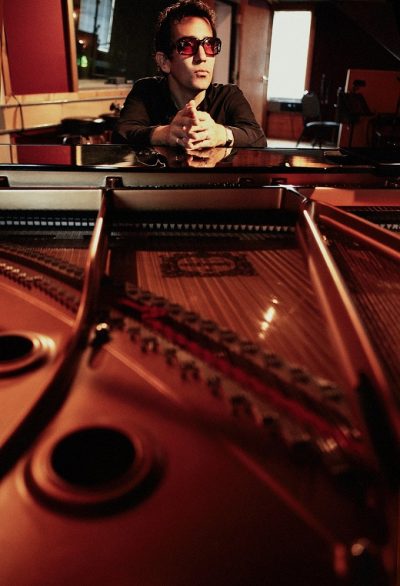 “I think I’m always finding my way. There’s always something leading me in a different direction and I have to follow that. And that’s all fine and good as long as I get my bearings again. Part of being a writer, musician, a composer in general, is to get outside of your comfort zone. And if you’re not outside of your comfort zone then you are not really creating anything new.

“But when you’re on stage, and you apply those things that you’ve thought about and try and find a way to make them work, that’s where you find your way.”

Listen to The Roads here:

You can purchase Just Like Medicine at this link. 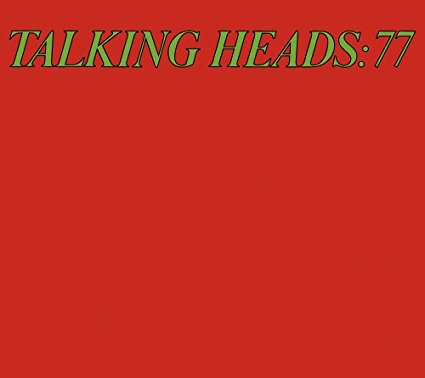 While the Talking Heads album happened to be the first album Croce bought, he says, “I was already listening to Ray Charles, old stuff. There was a lot of music around the house that was far more influential.

“I thought it was really cool and different. I still love 77. I think it holds up really good.”