Bob Andrews was fortunate. When Hurricane Katrina hit New Orleans in 2005 he was in Baton Rouge, having smartly booked a hotel there a few weeks before the storm hit. His home in Algiers, on the West Bank of the Mississippi River, was only slightly—a relative term—damaged.

But the storm and its aftermath left its mark on the British-born musician. How could it not, not only on him, but on anybody who lived there or who cherishes the city for its music, history, and charm. When Katrina landed on Sunday, August 29, Andrews had been living in New Orleans for 14 years. He moved there with his American wife and it was where his in-laws were living. Andrews raised his son there and it’s where he carved out a living as a musician in a city full of musicians after leaving London where he had lived for 20 years.

“I was lucky. One of my friends, a drummer, his house was gone. All he had was a pair of sticks and his suitcase. A lot of people just lost everything. A lot of people lost their lives in this thing,” Andrews recalled. 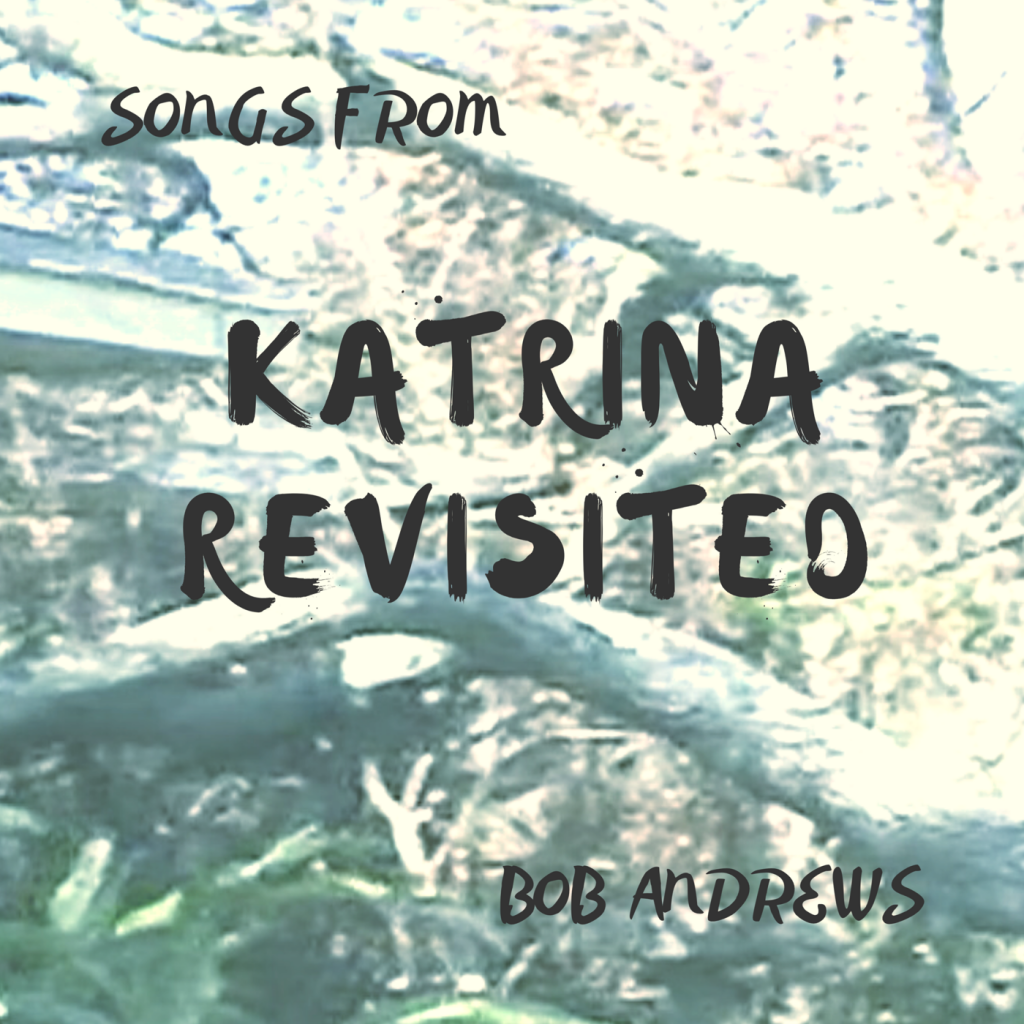 Following Katrina, sitting at his keyboard in his temporary home in Baton Rouge, the songs poured out of him. The titles alone reflect his experiences and state of mind, among them “Back In My Neighborhood,” “Sometimes (I Just Want to Cry),” and “Forgotten Song.” Andrews  sings them with the anguish of someone who lived through a catastrophe and is compelled to testify about the experience.

He never released the songs that he recorded in his home studio until now. In recognition of last April’s 50th anniversary of the New Orleans Jazz & Heritage Festival, Andrews has put out a streaming only set of songs titled Katrina Revisited on his website, neworleanspiano.com.

By the time he moved to New Orleans, Andrews was long-familiar with the city, its music, and musicians. He claims Lee Dorsey as his favorite singer of all time. The music of New Orleans was part of the repertoire of one of his bands, Brinsley Schwarz. He said the song “Happy Doing What We’re Doing,” which he wrote with Nick Lowe and is on the Brinsley Schwarz album, Nervous On The Road, takes its musical inspiration from New Orleans—and its title by something he heard Jerry Garcia say when the band played a festival with the Grateful Dead in 1972. 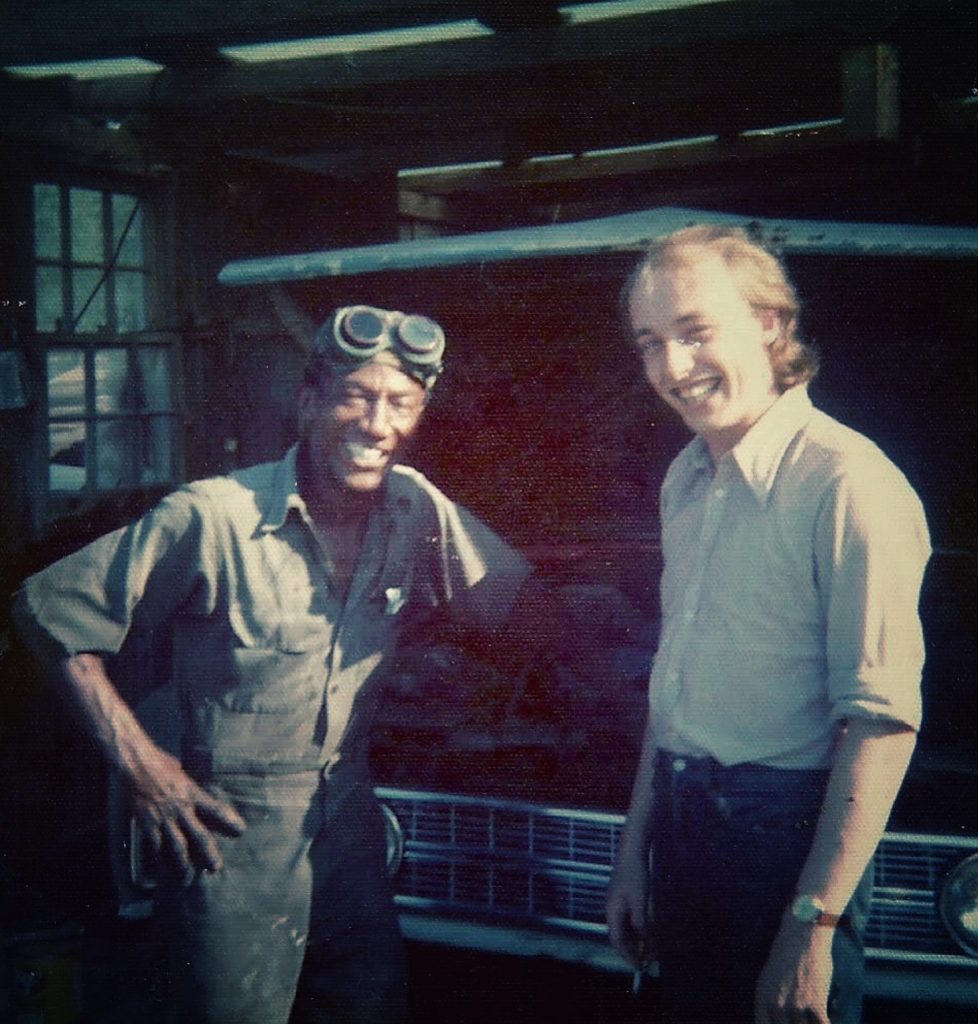 Andrews and his wife went to Allen Toussaint’s studio in 1974 and saw Lee Dorsey’s gold records on the wall. Andrews asked where he could find Dorsey and was told that he was at Crescent City Auto Wreckers a few blocks away. Sure enough, there was Dorsey, welding Cadillacs.

Andrews enthusiastically recalled seeing Allen Toussaint, the Meters, and Doctor John in London in 1973 on a package tour.

And following his marriage in 1972, he began visiting the city regularly.

“I got to see a lot of people and got to meet some people. When I moved there, I knew that there were things I could do. It’s so competitive you can’t just say, ‘I want a gig.’ I had to establish myself by doing as many things as I could and eventually my phone started ringing,” Andrews said.

Andrews was born just outside of Leeds, in Yorkshire. He joined his first professional band at 16 as an organ player, having been kicked out of high school for having long hair. The band was The District Line and it played mostly soul and blues covers.

Later he got a job through Beat Instrumental Magazine supporting American soul singer P.P. Arnold, who was based in the United Kingdom. That lasted about three months. “I got sacked when I was 18 when I played with P.P. Arnold,” he said. “I was very young and I was not capable of keeping up with people a little bit older than me. I was in over my head.”

It wouldn’t be the last time he got dismissed from a band, but then, as later, he had session work to keep him going. “I had a reputation for being a Hammond organ player and I got a lot of Hammond organ sessions,” Andrews said. 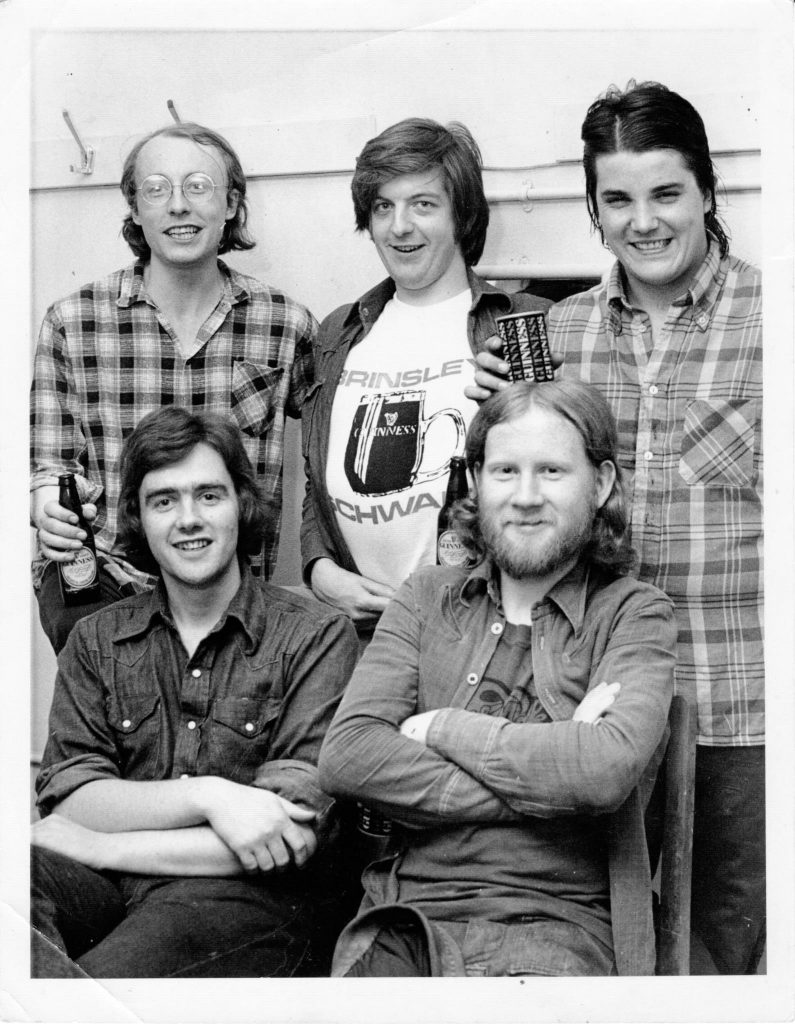 “There was a rumor shortly after I started with them that Nick had been invited to join the band Spooky Tooth. Now that would’ve changed history somewhat,” Andrews said.

Brinsley Schwarz transformed into the band the Rumour, minus Lowe, Rankin, and Gomm, and with the addition of guitarist Martin Belmont and the rhythm section of drummer Steve Goulding and bassist Andrew Bodner.

In addition to making their own albums, the Rumour backed up Graham Parker on his first five studio albums, albeit the fifth, The Up Escalator without Andrews. The Rumour also backed Parker during the relentless touring of his early career.

“I got the sack, basically,” Andrews said. “The reason was, Graham had the same frustration as me, the minute we put ourselves together, we never stopped touring. The records were squeezed in between touring. It was just very frustrating. I complained quite a bit and so the Rumour decided they’d rather be without me and Graham said it was easier to sack one person than to sack four others. That’s what I remember.” 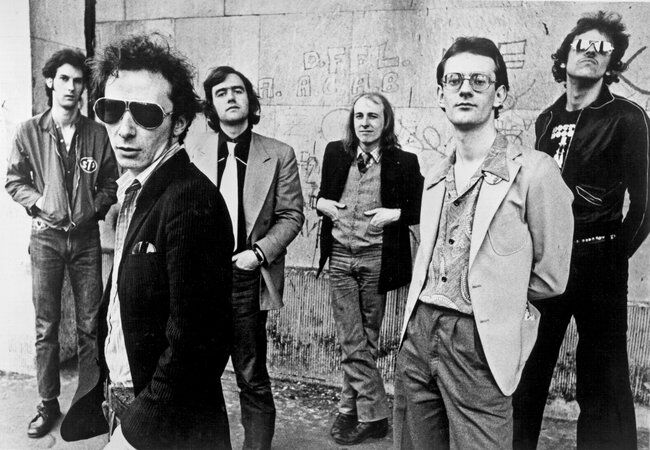 The experience of having been let go by P.P. Arnold, Andrews said, “kind of insulated me. I had an ‘I’ll be all right kind of thing.’ I’m touching wood here but I’ve always been able to land on my feet.”

He had already begun producing records for Stiff Records, fitting them in between tours and Rumour recordings. In 1978, he and Brinsley Schwarz had produced Carlene Carter’s first record.

After the firing, he immediately called Parker’s manager and Stiff Records founder Dave Robinson who gave him more records to produce.

For the next ten years he produced records, played on sessions, and had a publishing deal for songs he wrote. Among the records he produced are Stiff Records U.K. hits “You’ll Always Find Me In The Kitchen At Parties” and “Stop The Cavalry” by Jona Lewie, as well as “Swords of A Thousand Men” by Tenpole Tudor. He also had hits with “I’m Falling” and “Young At Heart by The Bluebells ” and “There She Goes”  by the La’s.

That led to production work in the United States and with a recession in the U.K., Andrews and his family moved to New Orleans. “Making a living in New Orleans, you took everything because there’s always somebody behind you who wants to take your gig. It kept you on your toes.”

Andrews also got to play with a lot of his heroes, including George Porter and Toussaint, the latter of whom Andrews played with at a benefit. “He came and played piano and I played organ. That was just fantastic when you play with your heroes like that.”

Another time Andrews was playing his last set at a restaurant and Toussaint showed up. “He turned up and sat and listened to me for a whole hour. And he bought a second beer. I went, ‘yesss.’ That was a treat and a half because half the songs I was playing were his.”

Andrews also rooted himself in the community, getting involved in his son’s school and other community groups. He wasn’t a native, but it was certainly home when Katrina touched down.

That night, Andrews had a gig. When he got home “my wife said, ‘look at the TV’ and there’s this giant hurricane covering the gulf. And we said we should pack up and leave.

“The thing about living in New Orleans is that you’re forever living with that in mind from June to November. You’re always kind of semi-prepared. You’ve got some water, you’ve got your provisions just so you don’t have to go to the supermarket.”

He had already booked the hotel in Baton Rouge to ride out the storm. His neighbor who had stayed behind informed him that the levees had broke and Andrews was not going to be able to come home anytime soon. And, oh yeah, a tree had landed on his roof.

On Monday morning Andrews found an apartment in Baton Rouge.

By September, Andrews was back in his house and gigging. “I was not allowed to drive, but I drove because I had to because I was playing gigs until one in the morning. And it was just me and Humvees driving around. And sometimes I couldn’t come through certain sections and I had to drive way out of my way and I’d drive through complete darkness where there was nothing. There was nobody back in the neighborhoods. There was no power. There was nothing. It was an unbelievable time. It really was.”

There was, however, work, Andrews said, because there were a lot of musicians who weren’t back and he was. “People were desperate to get back in New Orleans party mode. They wanted to open things up.”

When Elvis Costello came to New Orleans in November to record a benefit album with Toussaint, The River In Reverse, Andrews showed the devastation to his old friend, Pete Thomas, Costello’s drummer, and his bass player Davey Faragher. “I drove them all the way around New Orleans. It was a bit of an eye-opener really. It was just empty houses and mud.

“I wrote one of the songs from that, ‘I’m Back In My Neighborhood.’ I was frustrated because we weren’t being allowed back in our neighborhoods. Even though when I drove in there were cars all over the place with drunks and people doing stuff with out of state plates. And you’re going, ‘how are all the people from out of state here and yet the people who live here are not being allowed back.’ It was a very odd time and those questions were never really answered.

Back In My Neighborhood

The songs, Andrews said, are “a direct reflection of the time I was there and what I got out of it. The music is New Orleans flavored. It’s not strictly New Orleans piano as such, but it’s my take on it. I was never one of those people that played a particular style of piano music. I played the flavor and that’s how I end up playing. I’m not trying to copy anybody.”

The city has a vibrant music and arts scene and he described it as a creative space for his music. Andrews plays solo and with other musicians around town and makes music in his home studio. In addition to Katrina Revisited, his website has other music he’s recorded, including a cover of “I’ll Love You More Than You’ll Ever Know” and an original, “I’m Never Going Back to Woodstock.”

“I’m just enjoying doing it, not worrying about the promotion particularly. I just need to get music out now. I’m having a really great time.” 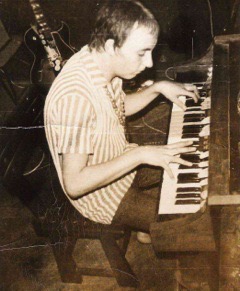 Bob Andrews playing in Spain with The District Line in 1967.