The Edge of Fifteen

Oh, the things that could set me off when I was 15 and like a white winged shlub.

On February 2, 1974, I was “mad as shit” that my mom had to stop at Roses discount store for whatever it was she needed. I must have asked her to get me a diary, which she did, no doubt to stop my whining. 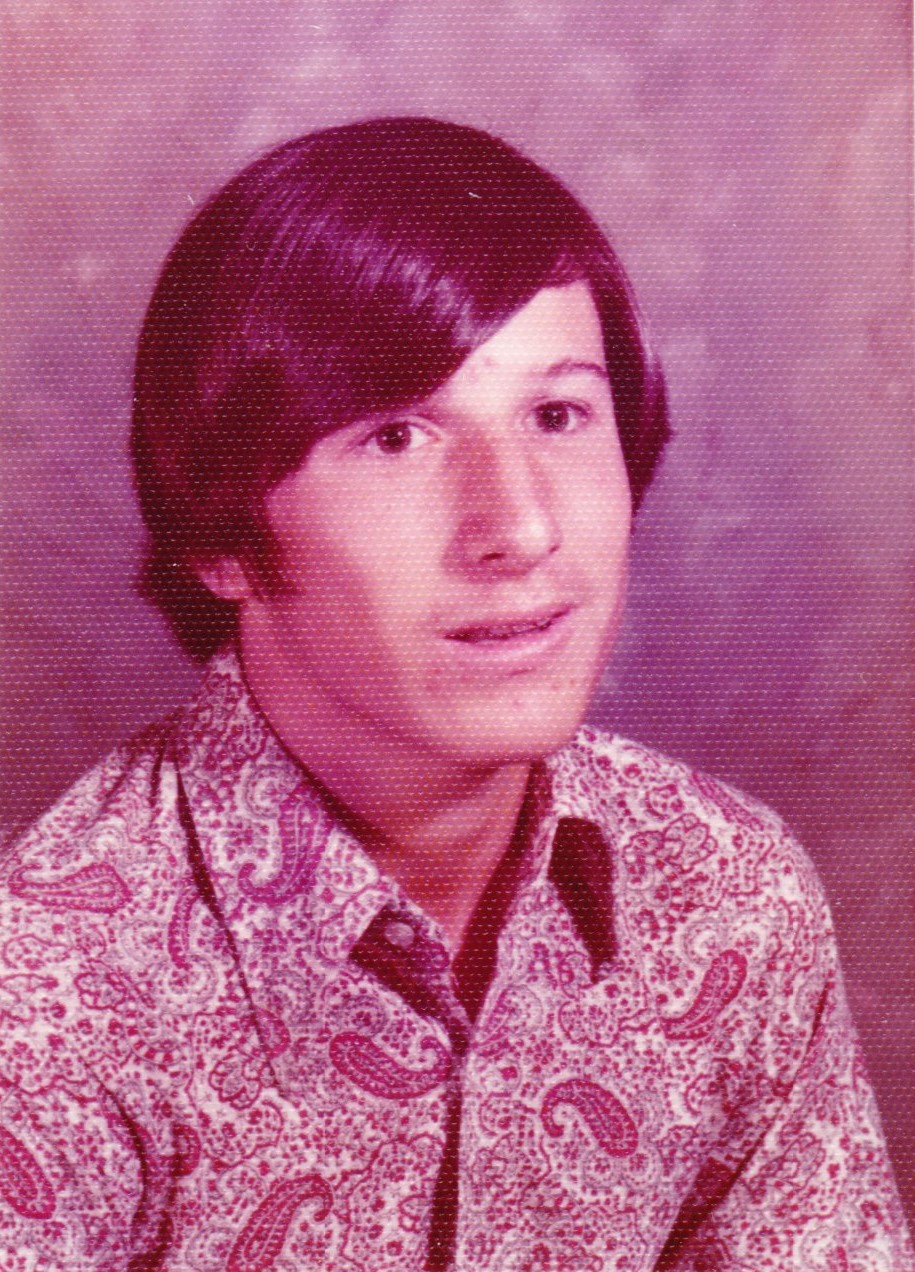 We ran the errand after she picked me up after I played basketball at the JCC in Norfolk, about a half-hour from where we lived in Virginia Beach, and near where my grandparents lived. I must have stayed at my grandparents the night before, where I ate “5 yes 5 meat blintzes.” I’m astonished now that I was astonished that I ate five. My grandmother gladly would have given me 100 blintzes if I wanted them. And I was 15. I always consumed massive amounts of food but five doesn’t seem like that many. I could eat five now, easily.

In between the basketball and the blintzes, I found time to have my neighbor, Bob, take me to the Exxon to get air for my unicycle’s tire. How lazy I must have been. The Exxon couldn’t have been more than a half-mile away from my house. And I could have ridden the unicycle back.

It was my second unicycle. I know I purchased my first one with my bar mitzvah money and I vaguely recall it breaking at some point. I have no recollection of having purchased a second one but must have. I guess riding a unicycle is like riding a bicycle. “I did not forget how to ride it” and “I turned pretty well on it.”

Thus begins a periodic look back at my life at 15. Periodic, because it was not as glamorous as you might imagine my life would have been. In fact, it was downright boring. 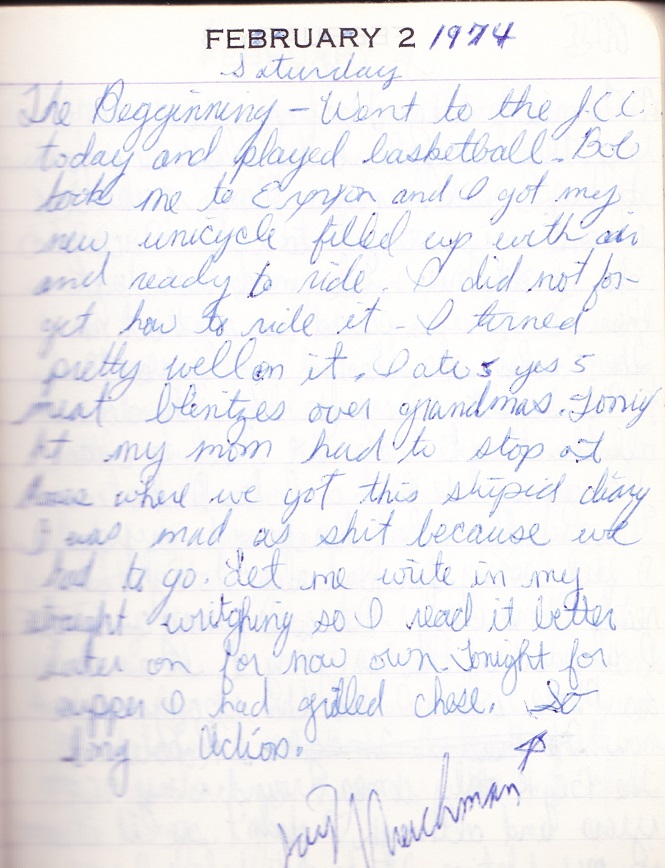 Later that night, with Mike and Ricky, we did what passed for our social life at that age. We hung out at the mall where there was an indoor amusement park as part of an Easter promotion. 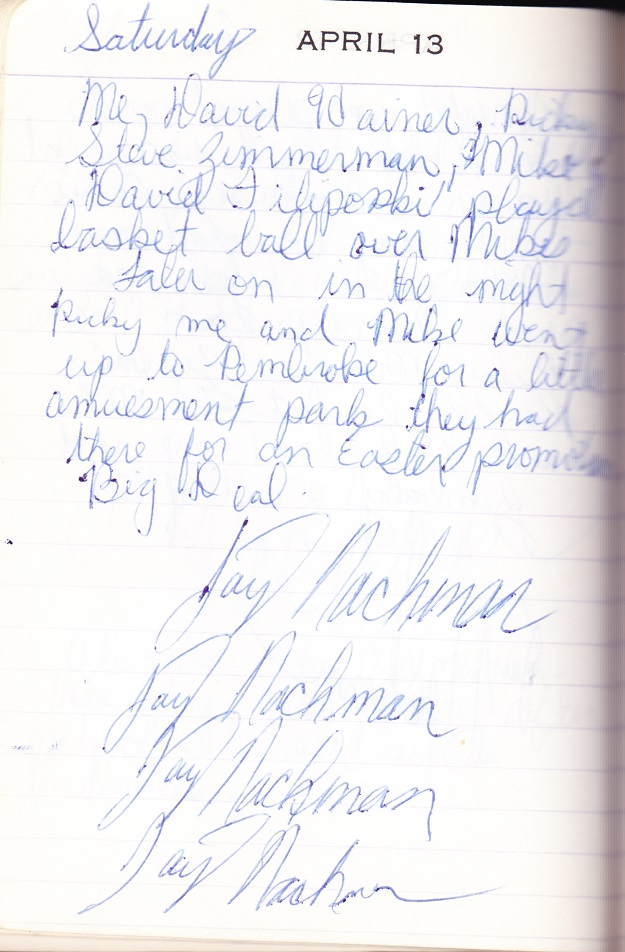 Hey, maybe my life was more glamorous than I realized.

The next day I hung out with Ricky until he left at 3 p.m. There’s no mention of basketball, but surely we must have played.  I had a hoop in my driveway and that’s what we did, play basketball. When we weren’t playing football and baseball. 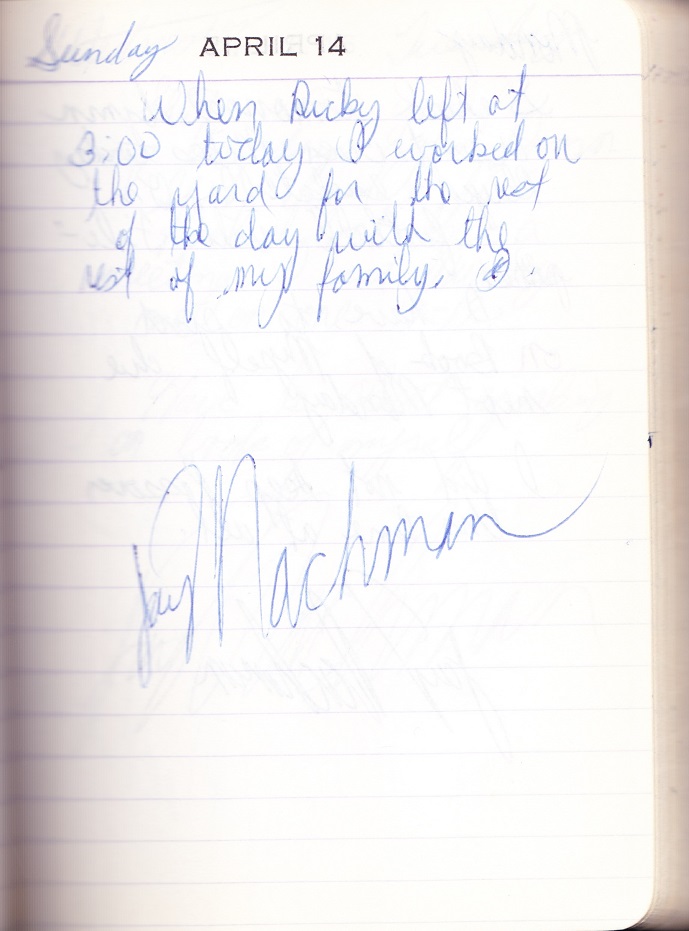 Too bad he left. When he did, I had to work in the yard with my family. I I know I must have hated it because I hated working in the yard and, remember, I was lazy.

Tags: Diary, The Edge of Fifteen