Tommy Womack says that it costs so much to make and promote a record that doing so isn’t just a gamble.  It’s a losing hand.

And yet, here he is, with his seventh solo record, the recently released Namaste. He’s not counting on hitting the jackpot with it. It’s just that he can’t stay away from the table, aka the recording studio.

“It’s no longer even a question of what the hell I’m doing with my life or how long can I keep this up or how long ‘til I finally get successful. Those questions are pretty much irrelevant now. Because I’m 53 years old and this is just what I do. It’s all I know how to do,” Womack says.

Success, of course, is a relative term.

The Kentucky-born musician now lives in Nashville, where he has twice won Music City’s “Best Song” award in the Nashville Scene Critics poll. Thrillingly, musical heroes Dan Baird, Jason and the Scorchers and Scott Kempner have covered his songs. “I worshipped those bands growing up,” he says.

Jimmy Buffett even covered a song, Nobody From Nowhere, he co-wrote with his Daddy bandmate, Will Kimbrough.

And his records?  Well, they sell in the low thousands, Womack says matter-of-factly.

So what does it take for a modern-day troubadour, a singer songwriter and musician, to make a record and sustain a career?

For Womack, that meant raising funds for Namaste through a GoFundMe campaign.

“I needed money to put out the record,” Womack says. “And I wasn’t going to put out the record unless I could afford to pay a radio promo person and a publicist. Because otherwise you’re just putting out a record that your few hundred hard core fans are going to buy and nobody else is going to know it came out.”

Thinking further about it, he says, “I would have pressed it to have it and sell at gigs. I would have been downcast about it.” 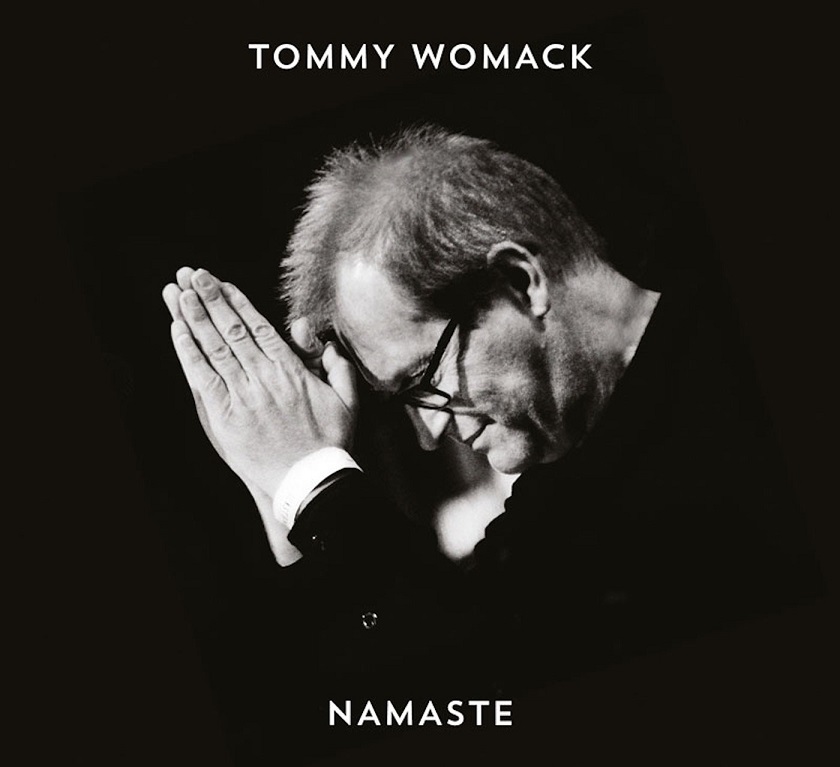 For the most part, the songs on Namaste were written in the past couple of years, although some date back five and even 15 years. “I kind of knew I had enough good songs to make a record,” he says. “When it feels right, it just feels right and it started to feel right last summer.”

He presented 20 songs to producer Brad Jones who picked the 11 he wanted to work with and they recorded the album in six days last summer.

“It satisfies my soul creatively,” Womack says about songwriting. “It’s fun to do. When you’ve got a new song, there’s an excitement about it.”

That doesn’t include the costs for recording—studio time, the musicians and his producer, Jones, an old friend who also produced Womack’s first two solo records—as well as mastering, photography and cover design. Womack covered those costs and the FoFundMe shortfall, totaling several thousand dollars, out of his own pocket.

He pressed 3,000 of Namaste. If his sales history holds, initially he’ll sell 1,000, give or take. The rest he’ll store in the attic of his home and take to gigs where he’ll sell them and others in his catalog.

About those gigs: “A lot of people seem to like me a lot but people don’t come out and see me that much. My audience trends towards people between 35 and 70 years old. And these are people who are parents or grandparents, or just frankly old and tired and they don’t get out to see gigs. And I understand where they’re coming from. I don’t get out to see that many gigs myself except when I’m playing them.”

Womack says a good guarantee from a club is $300 or $400 and usually a lot less. At a good house party he can make $800 to $1,000. From his solo records and those he’s made with the various bands he’s been in he might clear $400 to $500 a year in royalties and publishing. Not a lot, especially now that he has a son about to go to college and tuition to worry about.

After Buffett put Nobody From Nowhere on an album Womack received a check for about $9,000. It was a nice chunk but a rarity. The going rate for publishing is .0825 of a penny for a song published on an album. And from Buffet’s album, he had to split that grand sum with Kimbrough. From Buffet’s ongoing catalog sales he gets a pittance.

The struggle is enough to make a musician quit, which Womack has tried to do more than once. “I just figured, “fuck it, it’s time to just get out of this business. And I’ve made that decision several times over the course of my career and it never sticks. I always wind up back in it.

“It’s hard to give up but it’s hard to do it, too. It’s choosing one kind of pain over another.

“You’ll say, ‘okay no more gigs, no more making records. This is ridiculous. Nothing’s coming of it. I’m done.’

“And then, two weeks later, somebody calls you about doing a gig, and you go, ‘well, I could use the $50, $100 that I’ll get’ so, ‘yeah, I’ll do your gig.’ And then a week after that somebody asks you to do another one and six months later you’re still playing gigs and planning on making a record and the whole ridiculous merry-go-round continues to spin.”

Supporting himself over the years has also meant some pretty lousy jobs.

“I washed cars for two years from 1990 to 1992. I was ashamed to be working there. Once or twice I had to vacuum the car out of people I went to high school with. And that’s a really embarrassing thing to see somebody you knew in high school get out of the driver’s side door and I’m walking toward their car with a vacuum wand in my hand,” Womack says.

On the other hand, he worked when he wanted and could leave to play gigs without being missed.

The worst, though, was the seven years he spent at Vanderbilt University in various capacities.

His first year he was as an office assistant in the Political Science Department. “I was in charge of keeping the lives of 15 to 20 professors in order and doing all their bidding and I’m not a very organized person. I don’t think that way. So, it was hell doing their work. A lot of pressure.” Adding to his misery, his first year he worked for an administrative assistant who hated him. Their relationship was so acrimonious that Womack would throw up on the way to work each morning.

Later he transferred to a department where Womack read and classified patient complaints of Vanderbilt Hospital’s doctors and nurses. Womack says that it was the most tedious, boring job he ever had. He was, however, free to take time off to tour until human resources caught up with him.

His Vanderbilt experience left him bitter enough to sing about it on Namaste. On the live cut, Nashville, Womack delivers a stream of consciousness take on the town and his history in it while his band vamps jazzily behind him.

“I ain’t even driving past Vanderbilt / I hate that god-damned place / I worked there for 15 years / It made me a full-blown mental case / You got two types of people work at Vanderbilt / The ones eating off $100 plates / And the people walking around campus with a rope looking for a tree that’ll take their weight.” 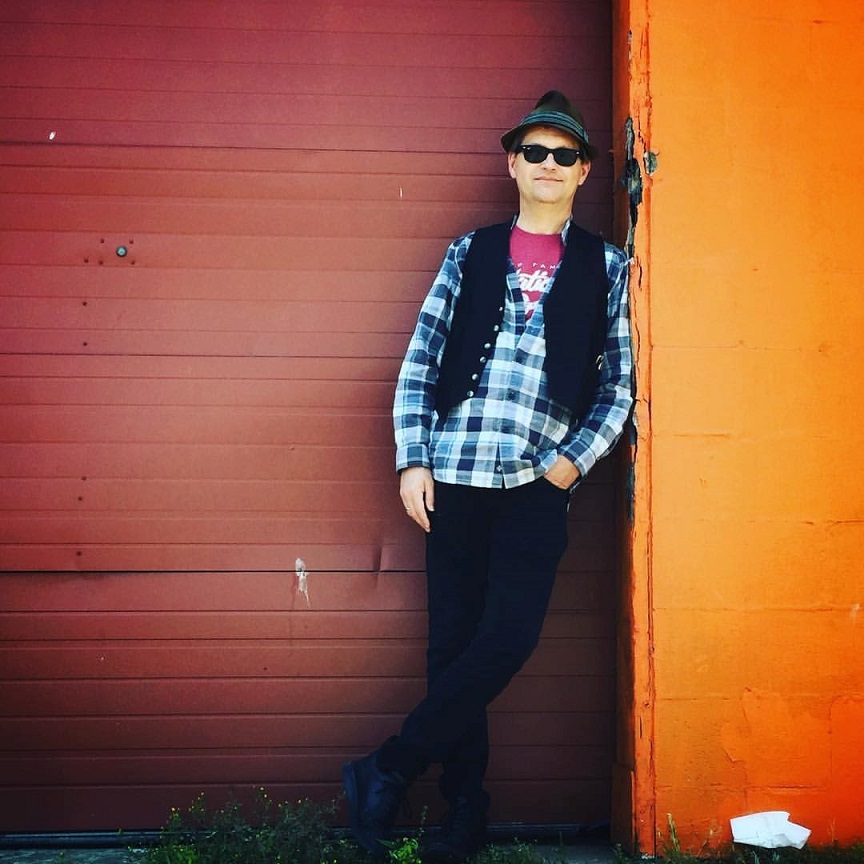 Other cuts on the album explore becoming increasingly follicular challenged in Comb-Over Blues, and religion in God Part III. There are the beautiful ballads, Angel and It’s A Beautiful Morning, and Womack’s requisite nods to other musicians in songs like When Country Singers Were Ugly and Darling Let Your Free Bird Fly. There is also the true life harrowing tale, I Almost Died.

“My ultimate goal with my songwriting and my shows is to make the people in the audience who like me, and like the songs, I want to make them feel less alone. Because there are people at my shows who are going to be made uncomfortable by some of my songs and there are people who are going to smack themselves on their foreheads and go ‘My God, I found a guy who thinks the same things I do.’ And I make those people feel less alone. When it comes to intensely personal, intensely confessional, not all the times self-flattering song topics, these people, they really get enlightened that somebody else feels the way they do,” Womack says.

In a review, The East Nashvillian writes, “Only time will tell where Namaste ranks in his oeuvre, but there can be no denying Womack has made a potent artistic statement on the record, a statement informed in no small part by the insight gained from looking death squarely in the eye.”

A review in Elmore magazine concludes “Let’s hope [It’s A] Beautiful Morning and this terrific album signal a new beginning and a sustained period of quality work. It’s great to have Womack back.”

It’s a long shot, but Womack harbors hope that the record will rival Adele’s for sales or maybe that a song will be picked up by a television show.

Regardless, he’ll be playing gigs and writing songs. “All I know how to do is play guitar, I’m in this for the long haul,” he says.

When he’s finished promoting Namaste and the new album release cycle concludes, and when he has a new batch of songs worthy of recording, Womack figures he’ll roll the dice again on a new record.

You can hear Namaste’s Angel:

Or listen to Namaste’s Darling Let Your Freebird Fly:

You can read The East Nashvillian review of Namaste.

You can read the Elmore review of Namaste.

Here’s a No Depression review of Namaste.

You can purchase Namaste here: Namaste