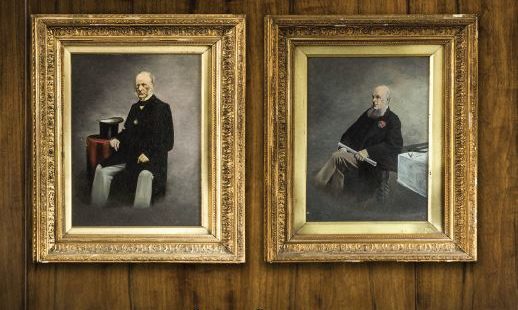 Henry Priestman has half a new album out. So does Les Glover.

The two British musicians have joined forces to put out a joint album of twelve songs called, appropriately enough, Six of One & Half a Dozen of the Other. The Louder Than War website wrote that the album is “… always tuneful and arranged with taste, the tracks are carefully crafted vignettes where both our hosts’ songwriting chops shine.” 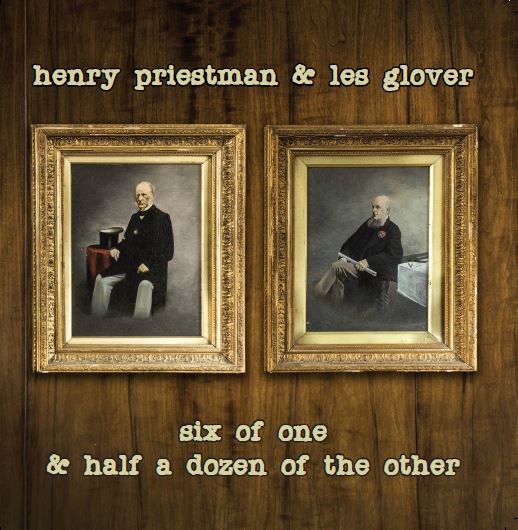 Speaking about his musical compadre, Priestman, who produced the album, said, “I think the songs Les has written on Six of One & Half a Dozen of the Other are another notch up. Les has written the best songs he’s ever done.”

Priestman began his career in the late ‘70s new wave Liverpool band Yachts, and later was the songwriter, guitarist, and keyboardist for the U.K. band The Christians, who were massive in Europe. Their 1987 triple-platinum album The Christians, for which Priestman wrote all the songs, entered the British album chart at #2 and featured four Top 30 singles.

He also played with Paul McCartney along with the rest of The Christians, Gerry Marsden, and Frankie Goes To Hollywood on the 1989 #1 charity single, “Ferry Cross the Mersey.” After leaving The Christians, Priestman concentrated on songwriting and sessions, performing with, among others, Johnny Marr, Ian McCulloch, and Echo & The Bunnymen. 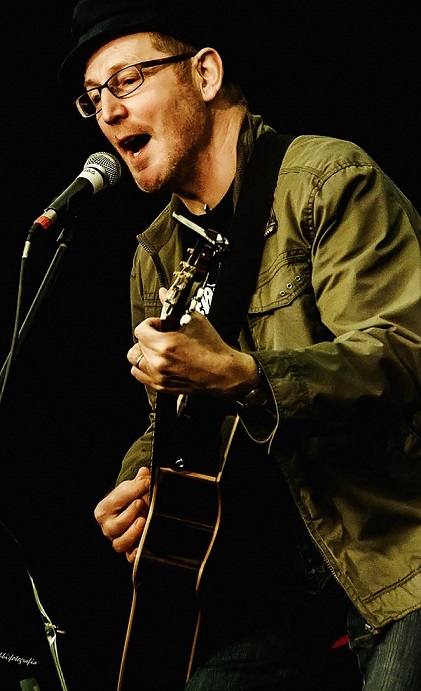 Ten years ago, Priestman was writing songs when his songwriting partner Tom Gilbert convinced him to put the tunes on an album of his own. Much to his surprise, the album, The Chronicles of Modern Life, was a hit in Britain and won raves.

The Sunday Times said it was “an album of rough-hewn charm that should appeal to listeners for whom thumping disappointment & bloody-minded stoicism are the new rock and roll.” The Daily Mail called him “A master of the rueful observation.”

When songs from The Chronicles of Modern Life began picking up airplay on Radio 2, the biggest BBC radio station, Priestman became a front man for the first time in his then 30-plus-years career. Since then, as well as playing clubs and small venues, he has found a niche in house concerts and songwriting workshops.

As 2017 rolled around he was due to begin working on a new album but his heart wasn’t in it. “I don’t fancy doing an album quite yet,” Preistman recalled thinking. While he was hemming and hawing, Glover suggested they do an album together.

“Part of me thought, ‘well, that’s easy, because it won’t be as much of a strain or I won’t have to worry so much because only half the songs are mine.’ But of course, once you do that, then I’m there going, ‘Well, I can’t let Les’ songs down.’ My production prowess has got to be as bang-on on those songs as mine. I don’t want someone saying, ‘On he’s put a lot of effort on his own songs and he’s only bunged a couple of guitars on Les’ songs, yet on his he’s got brass and strings and this and that. Les’ songs deserved to have the full production.’

Glover has been his performing partner for the last four years. They had met after a gig of Priestman’s following the release of The Chronicles of Modern Life. 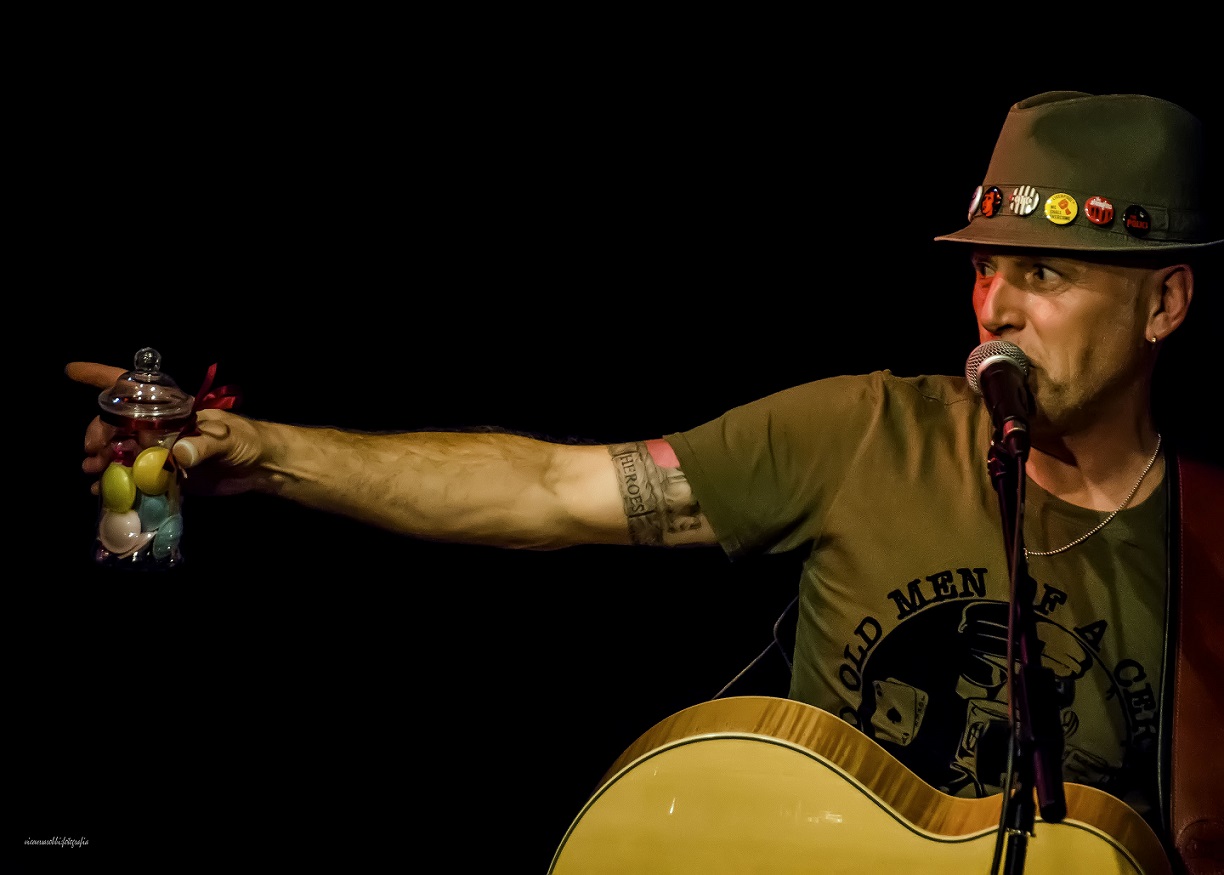 Actually, that was the second time they met. Glover has been a fan of Priestman’s forever and spent time with the members of Yachts at a pub in Manchester before the band opened for XTC.  Priestman had no recollection of the meeting but Glover showed him a Yachts’ single signed by Priestman for proof of the encounter.

“In his early years as a songwriter I loved Henry’s wry sense of humor and the slight sarcasm in his lyrics. It seemed to suit the rebellious nature of the U.K. new wave scene, without being too offensive,” Glover said. “I also loved his sense of melody and song structure. Nowadays, he still has those elements but mixed with poignancy and an empathy that comes with life experiences. He can still knock out a top tune.”

Priestman invited Glover to a practice so he could check out the possibility of the two performing together. Glover played a few Yachts songs and was in, the pair quickly forming a musical and personal kinship.

“I’m just lucky to have met somebody at this late stage of my life who enjoys the same things I do,” Priestman said. “The journey to the gig, which is normally the really dull, depressing bit, is one of the most fun rides. What rubbish music will we listen to? What prog rock? Or, what punk will we listen to today? Oh, right. I brought these CDs. Brilliant. Let’s put them on. We are on the same wavelength. As we say, we share a brain. I have it from Monday through Thursday and he has it the rest of the week.” 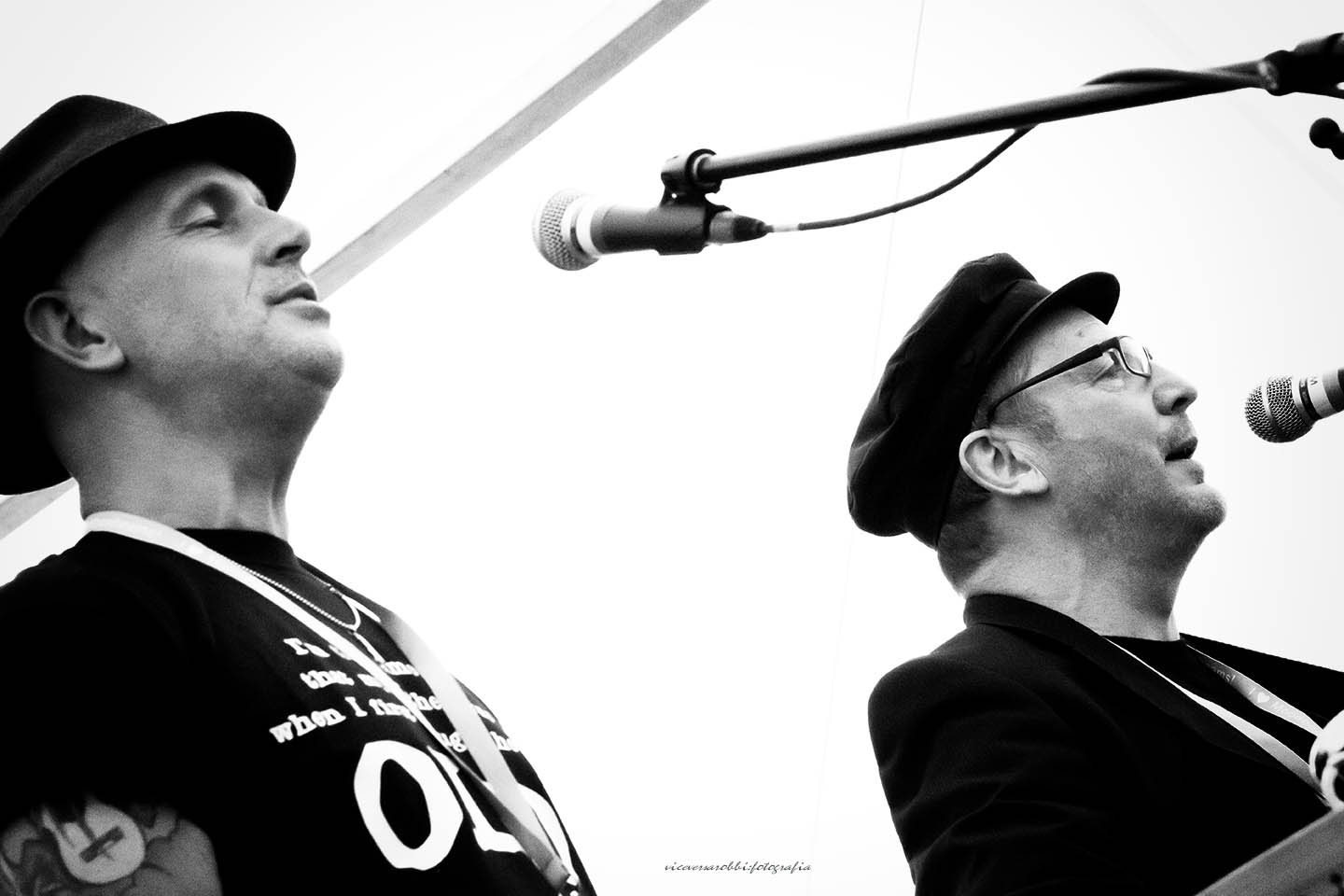 Glover had earned his keep as an educator before turning to music full-time in 2013. But he had also been toiling away solo or as part of a band in the U.K. and across Europe, primarily performing covers.

BBC presenter James Watt said of the record, “… one man, a guitar, and a pile of great songs.” RnR magazine said, “’Men of a Certain Age,’ … one of many enjoyable numbers on his debut album … comes with a sense of irony and self-awareness missing from most music.”

With Glover’s suggestion, the stars aligned for the two friends and fans of each other to collaborate.

Glover’s favorite song of Priestman’s on their shared album is Her Ladyship. “It’s quite intriguing in that it’s basically a love song, quite poignant, but disguised by all the fun and frivolity hinted in the lyrics,” he said. “It’s also got a great musical arrangement with some nice brass by Probyn Gregory, Brian Wilson’s musical director, and we don’t often use brass.”

As for his favorite song of Glover’s on the album, Priestman said, “I think I’ll go for Sing It Like You Mean It because it’s the last track on the album, so probably some people won’t get to that track. I always feel sorry for the last couple of tracks on the album.

“Musically, it’s a slight departure for Les because there’s less in it than most of the tracks we worked on. There’s not much in it at all. A couple of guitars, a solo fiddle, and a very simple drum part, and so you can really hear the guitar and can hear his voice. It’s a great tune. And lyrically, there’s a lot of warmth in it. It expresses what both of us have expressed in other songs about growing old and being satisfied with your lot.”

Don’t make the last tracks of Six of One & Half a Dozen of the Other feel sad and neglected. Listen to them and the rest of the song on the album by purchasing it at either Henry Priestman’s website or Les Glover’s website.

Priestman and Glover co-wrote Six of One & Half a Dozen of the Other’s first song, Not In My Name.

The album also includes a track by Priestman, The Ghosts of a Thousand Fisherman, about the death of the fishing trade in his hometown of Hull.