A few winters ago, I pulled into my parking space in my darkened garage and then spent five minutes looking for a hat that was on my head. Nearing 60, and already worried about aging and the diminishment of so many abilities, it was more than worrisome.

I realized later what must have happened. I pulled off my beanie and threw it on the passenger seat when I began driving. When I pulled into my space I must have absent-mindedly immediately put it on my head.

I’ll tell you what was there: Frustration and anger and impatience. The hat had to be somewhere in the car. I did have a hat. I wasn’t so far gone that I would have mis-remembered bringing a hat.

Somehow, eventually, it occurred to me that the hat was on my head. For sure, it wasn’t an “a-ha” moment. It was more of “I’m an idiot” moment. An idiot who was not going to age gracefully.

That’s been bothering me since it happened, but less so when I read on my Facebook feed about someone who was using the flashlight on her phone to look for her phone.

Maybe I’m not so bad after all.

I expect my intellectual abilities to fade as I age, but from my diary it’s apparent that I’ve been having memory problems since I was at least 15. There is page after page of “don’t remembers.” I know I didn’t do anything memorable but that wasn’t a reason not to write. I wrote a lot about the boring things I did such as things I ate and the sports I played. And similar things so boring that my biographer would be disinterested if I ever have one.

It’s more than probable that I was just too lazy to write something down.

But I sure did get a lot of time in practicing my signature. 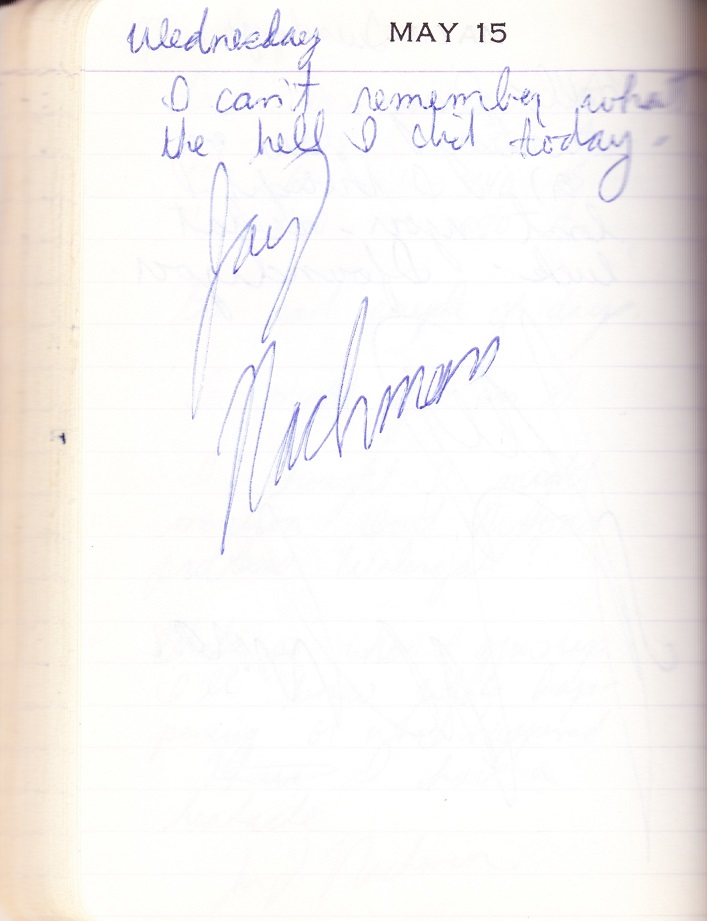 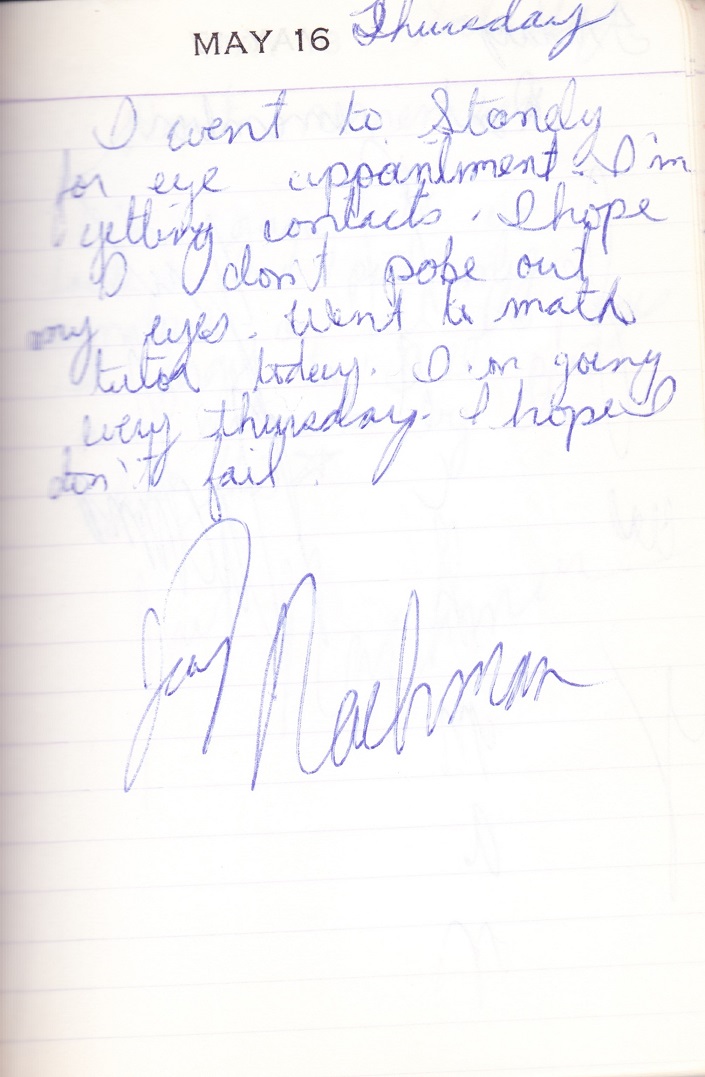 I went to family friend Stanley Levine to get contact lens on this date, no doubt thinking it might help me with the young ladies I was interested in. It didn’t. I also didn’t poke out my eye, but the fear of doing so is a nice, early display of neuroticism about my health and of medical professionals. I probably barely passed math and am still horrible at it. 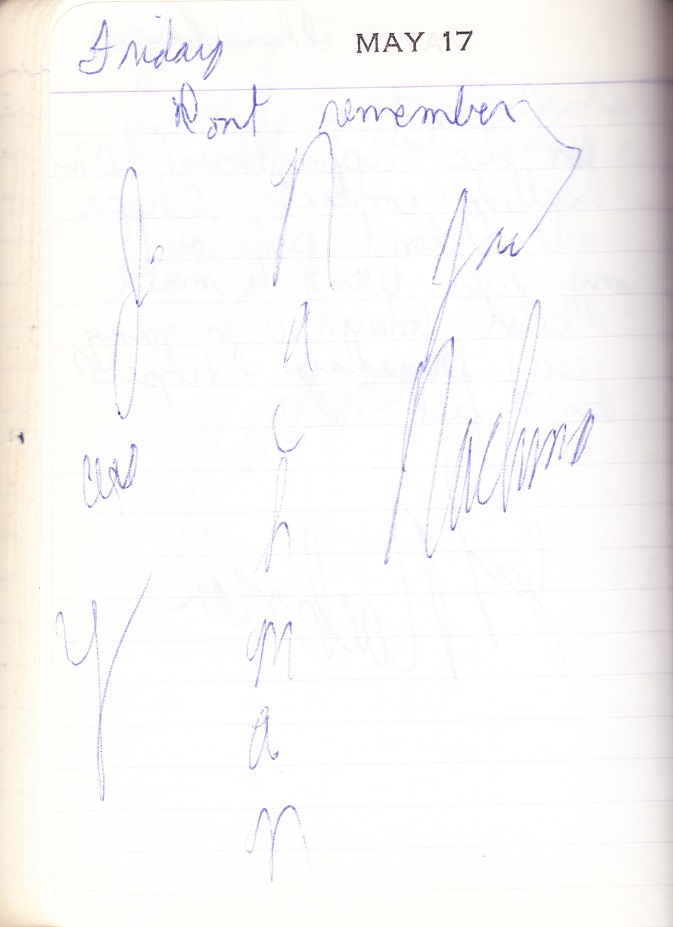 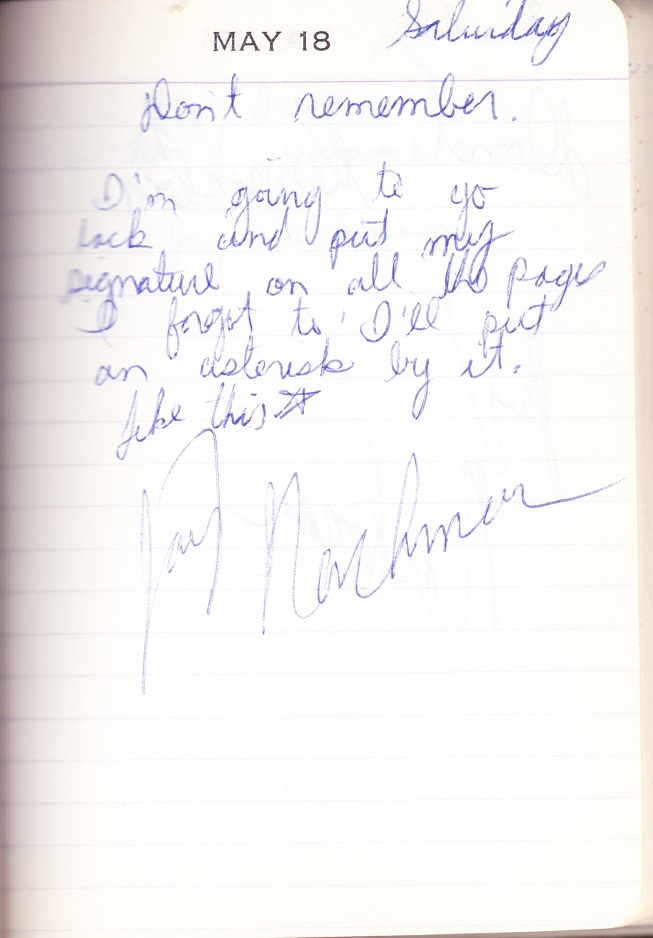 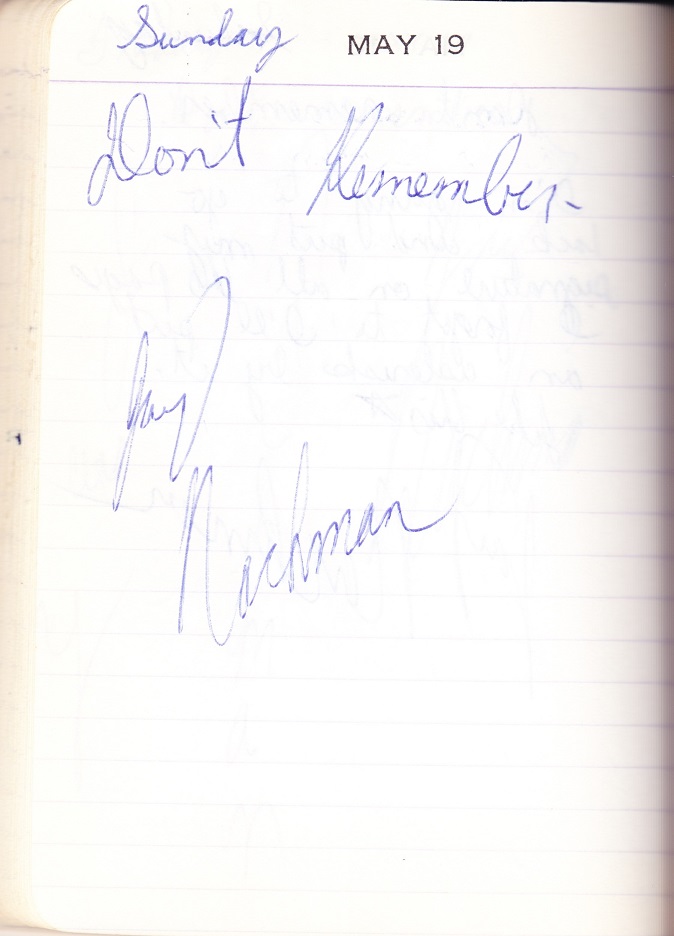 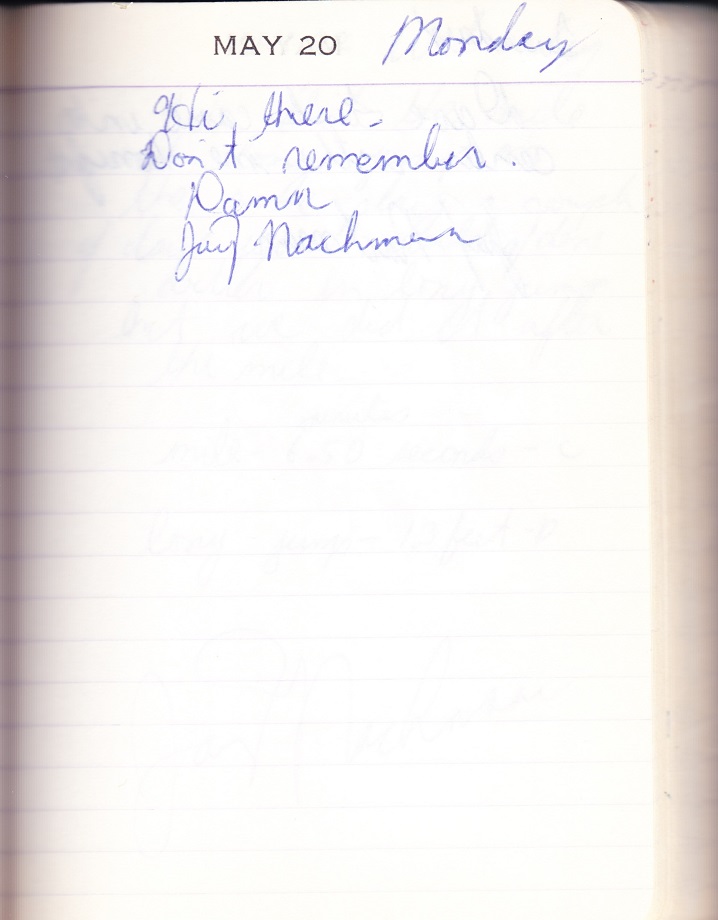 And we’re done with this stretch of what might be the worst diary entries ever in the history of diaries. Or, maybe, just maybe, I was a teenage spy and was using the “don’t remember” ploy in case my diary fell into enemy hands. You’ll never know.

Tags: Diary, The Edge of Fifteen