“Picture if you will 1987 in Bowling Green, Kentucky. That’s where my band Government Cheese was from and we pretty much ruled the town. Every time we played in town it would sell out. We were big fish in a small pond,” says Tommy Womack, the band’s founder, guitarist and one of its three songwriters. 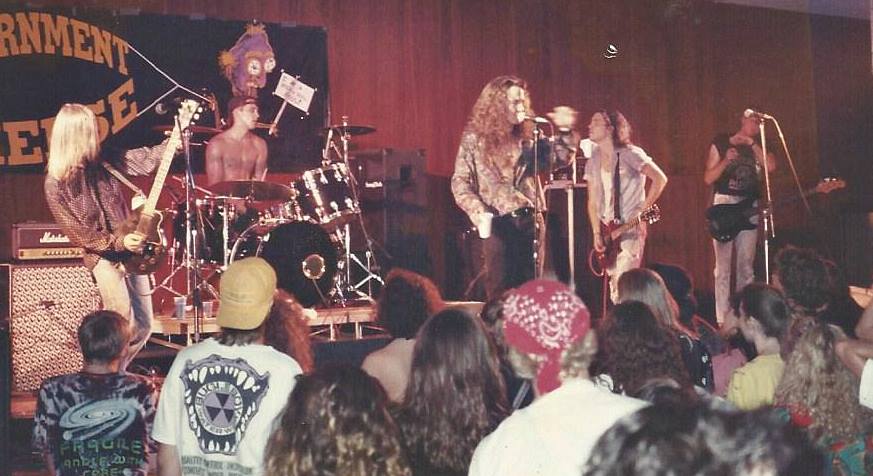 Government Cheese broke out of Bowling Green, and as the band built momentum, it gigged throughout the South and Midwest, often playing shows in other parts of Kentucky, as well as in West Virginia, Mississippi, Missouri, Kansas and as far east as New York.

The band signed with the independent Nashville label, Reptile Records, and had a video featured on MTV’s 120 Minutes. With better management, a hit record, a break of some sort, who knows, maybe they could have been as big as era-contemporaries the Replacements or REM.

The big break never came and in 1992 the band called it quits. It was a hell of a run, though, with hundreds of shows teeming with the classic rock and roll formula of bars, beers and, well, babes.

“I never got laid in high school and not much in college so when I put a guitar around my neck and started attracting women I couldn’t resist,” Tommy says. “And there was a 19-year-old girl, a stunner, an absolute stunner. And she wore real these real tight black dresses that left almost nothing to the imagination.”

The 24-year-old Tommy and the 19-year-old stunner “became a hot and heavy item” in the summer of 1987. “My hormones were raging. Hers were raging. And I got to see what she looked like with that black dress off and I got to satiate my lustful desires. And I thought I’d really found the one. She was as in love with me as I was with her at the time. And I wrestled for years as to whether I really had found the one.

“And let me say another thing, she was wickedly intelligent and she captured me with her intellect as much as anything.”

Every relationship has problems and this budding one had a big one. A real big one. When Tommy met her, he had been living with his college sweetheart for a little over two years.

“I came to believe I was in love with her and I wrestled and wrestled with my conscience about whether I was better to stay with my girlfriend, whether I really did love her the most and couldn’t figure it out.”

The relationship foundered after three months and Tommy got back together with his girlfriend, to whom he’s now been married for 23 years.

“I did work long and hard to get back into my girlfriend’s good graces and it took a long time. And before it got better my mentality got worse, because I was so filled with guilt. But there was a reason I went back to her and repaired that relationship. There was a reason I did that.”

Around the time Government Cheese broke up, Tommy and his girlfriend moved to Nashville as had, coincidently, the young woman who Tommy still hadn’t completely gotten over.

And one day, in the late ‘90s, Tommy went grocery shopping.

“I was picking up some groceries at the Harris Teeter grocery store. And we ran into each other. And it was very awkward. We didn’t know quite how to talk to each other and we parted company and started pushing our carts down the aisle in opposite directions, kind of peeking furtively around the aisle shelves to see if we were going to run into each other again.

“And that’s where the song comes from, from that day.”

You gotta pick this Harris Teeter.
Is there no place else you could move?
I still gotta see ya, gotta go through the
hello, how are you, with no groove.
Your body still makes me a young man.
Your brain’s still a bomb you can throw.
I had me a nice hard decision to make
All those years ago

It’s a pity, I miss our conversations.
You could talk a man down to the bone.
You’d dance all alone to start every show
In some skirt you’d barely have on
I guess it was no hangin’ matter
It’s no capital crime
I got what I wanted
And what I deserved
And now all we got left is this rhyme

If the lines, “I guess it was no hangin’ matter, It’s no capital crime,” seem familiar it’s because Tommy cribbed them from the Rolling Stones’ Stray Cat Blues.

“It fit for what I was singing about. And I stuck it in there just as a little tribute to the Stones, waiting for somebody to get it,” he says.

Referencing other musicians and their lyrics is a practice Tommy employs a lot in his songwriting. Now What! the record on which Bye & Bye appears, kicks off with the song, Play that Cheap Trick, Cheap Trick Play. Another song, I Love You to Pieces refers to Beck’s Odelay.

On his Positively Na Na album, Dylan’s Just Like A Woman is referenced and he has a song on it, Whatever Happened To Cheetah Chrome. On his Circus Town album, Tommy has an epic song devoted to the Replacements called The Replacements.

Bye & Bye originally began “’I’m sorry shit happens, goodbye.’ And I just loved that,” he says. “It was harsh. It was brutal. But that’s where the song started. A lot of times the couplet that starts off the whole inspiration doesn’t necessarily wind up in the finished song.”

Tommy ended up dropping the lines for aesthetic and commercial reasons. “The word shit, it wouldn’t get on the radio. Not that I get much radio play. It wouldn’t get on if I had that word in it. And it was just too mean.

“I usually get couplets in my head, two lines that I really like. A couplet is like putting a seed in the ground and it sprouts.”

Tommy also wondered about including Harris Teeter in the song. 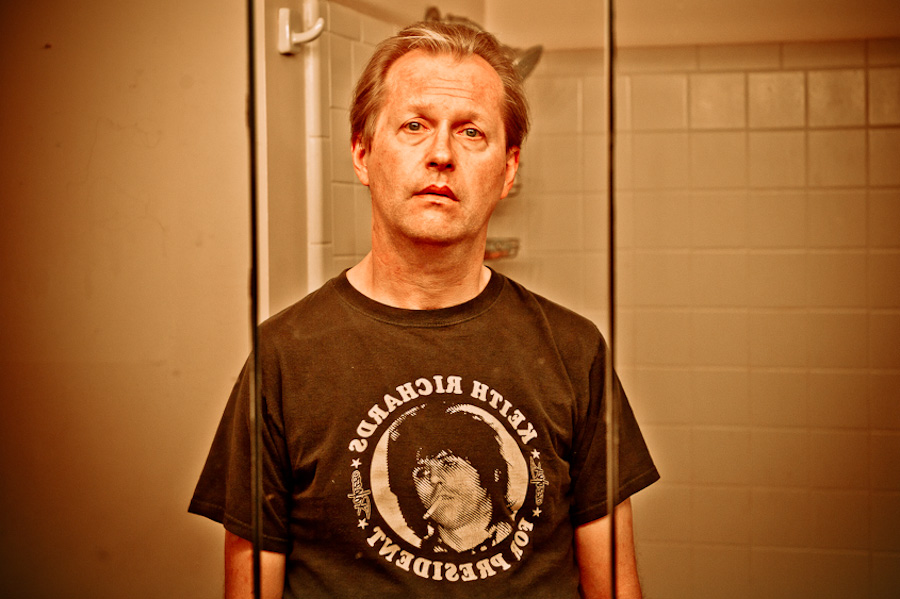 Oh great, we get to check out together too!
With our children in tow
Feeling that lovely decision I made
All those years ago
I’d’ve made you a miserable husband
You’d’ve been a high-maintenance wife.
Please scan your damn item
Please shove it in a bag
And get on with the rest of your life

The song as well as the Now What! album was produced by John Deadrick and Tommy credits him with the disc’s “sonic sculptures.” But the song’s “essential vibe comes from me. I would get quieter when I felt like it was the right moment to get quiet. I would get l louder when I felt like that was the right thing to do, I picked out the tempo that I decided to play the song in.

“I leave it up to the musicians, ninety percent of the time, whatever they feel like playing. My MO is, what they come up with on their own will probably be the most comfortable sounding stuff to play. I just let them play what they felt like is the natural thing to play.”

Tommy calls the songs on Now What! and its critically acclaimed predecessor, There, I Said It!, “cries for help.”

“It wasn’t until I really started writing cries for help, really soul-baring stuff, that’s when I really started to connect with people who buy my records. That’s when it really took off,” he says. “And from 2007 on to the present most all the songs in my repertoire are true to myself, they are all true experiences I had.”

Before he made There I Said It, Tommy said he didn’t expect to make another record. He was working at a job he hated as an office assistant for “seven of the worst years of my life.

“The songs wrote themselves. I just found myself being lead down a path by the songs themselves. I never sat down and said, okay, I’m going to start writing autobiographical songs. It wasn’t like that at all. The songs just came to me and I wrote ‘em down. And the record ironically turned out to be my most successful record ever. And I found my voice with that that album, fully and for sure.

“Two weeks before There I Said It! hit the shelf I almost died from a cocaine overdose.”

“She wasn’t the one and even though it screwed up my relationship really bad I am very happy and fortunate now in 2016 that I eventually went back to my girlfriend, now my wife, who I love now more than ever.”

You don’t ask why
you just say I’m sorry, it happened,
goodbye

You can listen to Bye & Bye here:

You can purchase Now What! here: Buy Tommy Womack’s Now What!

You can visit Tommy Womack’s website and if you like what you see and hear you can contribute to his Go fund me campaign for his new record, Namaste. And if you are really feeling it, you can purchase Tommy’s book, the Cheese Chronicles

. Just don’t mistake it for  The Cheese Chronicles: A Journey Through the Making and Selling of Cheese in America, From Field to Farm to Table. Unless you’re really into cheese.

Tommy Womack’s #1 Record: Something Else, The Kinks 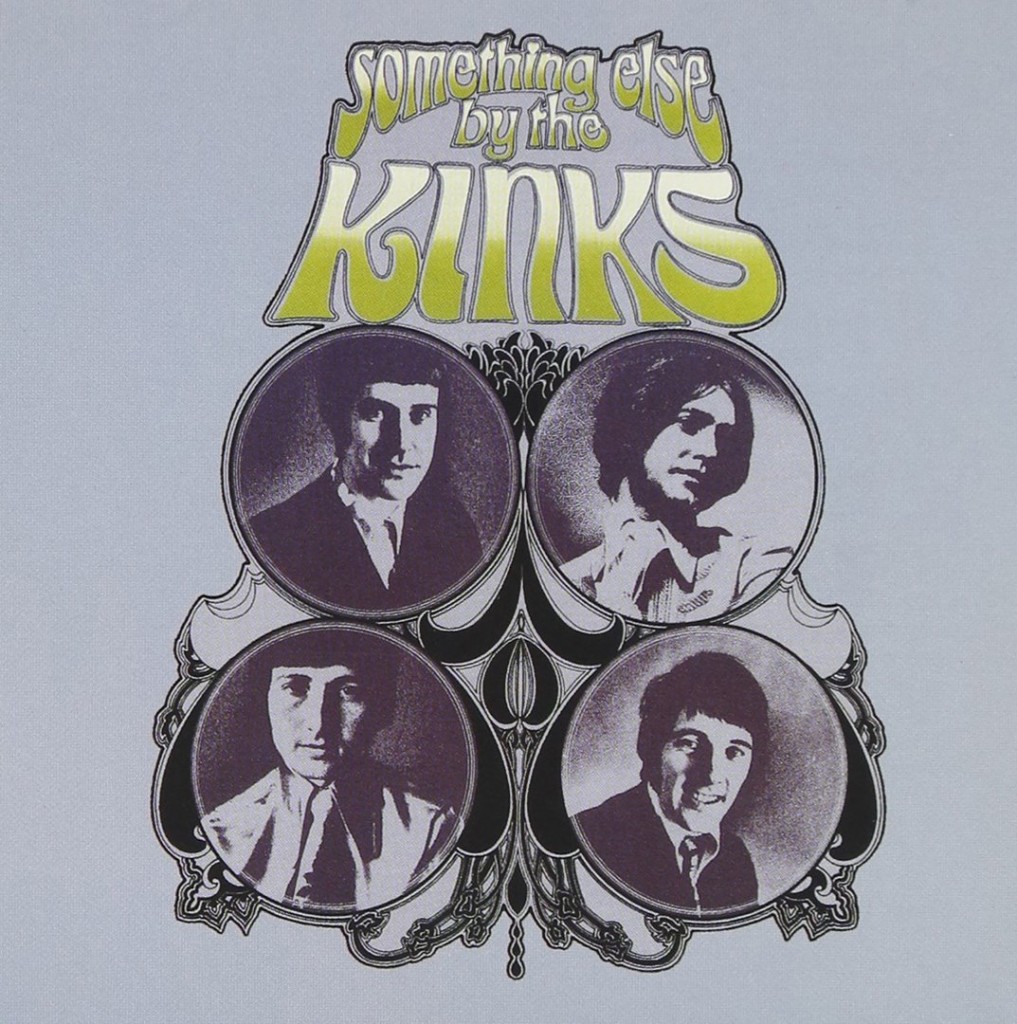 In January 1981 Tommy Womack was 18 years old and rock and roll was his escape from his hometown, the coal-mining town of Madisonville, Kentucky.

“Creem magazine did one big article on the Kinks and they went through all of their records chronologically and reviewed them and that’s how I discovered all the records they made. That magazine article was a blueprint for me on discovering the Kinks. I had to special order it because nothing like that would regularly be in the record racks at the record store in Madisonville.

“As much of a lyrics guy as I am, the first thing I listen for in a song is catchy music, a good melody. Ray Davies writes the best melodies in rock and roll aside from Lennon and McCartney and Brian Wilson. You can hum the melodies and they’re interesting as music. Very little rock and roll has captivating melodies to it.

“So his songs are just soaked in melody and there’s a little bit of a longing, sometimes a melancholy, in Something Else by the Kinks. I can still remember the day in the winter of 1981 when I first heard that album. I can remember sitting in my bedroom listening to it from top to bottom and just being really affected by it.

“Ray Davies can capture a mood in fewer words better than anybody I ever heard. He’s absolutely the king of it.