Forty years ago, Graham Parker and the Rumour released their fourth studio album, Squeezing Out Sparks, to critical and popular acclaim. It topped the Village Voice’s 1979 Pazz & Jop Critics’ Poll. In Creem magazine’s Top Album Readers’ Poll for that year, it came in sixth. As recently as 2012, in Rolling Stone’s list of 500 Greatest Albums of All Time, Squeezing Out Sparks ranked 334th.

Live, the band was tremendous, rocking and winning over audiences across the United States and Europe.

“In ‘78, we stopped using the horn section, which we’d been using since we first started, more or less, and we went back to a basic guitar, drums, keyboard band and that’s the sound of Squeezing Out Sparks. There’s no horns. Nothing extra on it. And that’s how we toured Squeezing Out Sparks as well,” said Rumour guitarist Martin Belmont.

“It felt like a whole new era. Just Graham and the band. There were these sensational new songs, plus the best of all the previous songs as well and we were roaring. And there were points during that year in 1979, playing live, when I think we were probably as good as any as any band in the world on stage. We were unbeatable,” Belmont said. 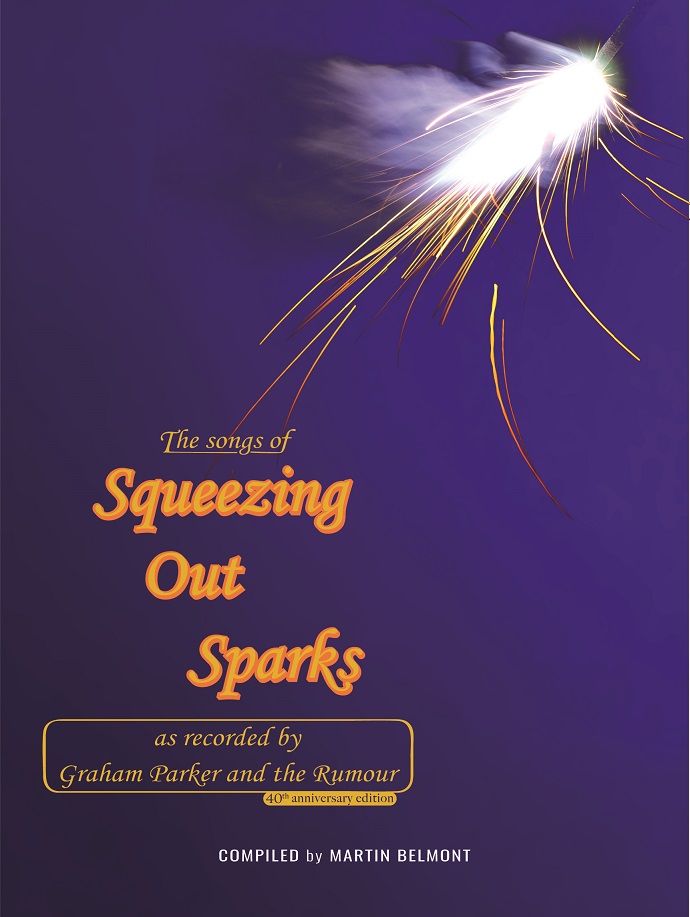 On the 40th anniversary of the album, Belmont decided to memorialize the record and era with a songbook, the recently published The Songs of Squeezing Out Sparks as Recorded by Graham Parker and the Rumour.

The book, which took a year’s worth of off-and-on work to finish, includes all the lyrics, chords, and bar lines plus complete tablature and notation of the lead guitar, including solos, for seven of the album’s 10 songs. Three also have full tablature and notation of the rhythm guitar. The songbook also includes the music for the songs “Mercury Poisoning” and “I Want You Back,” which were released as a stand-alone singles, and both of which have been added to every re-release of the album.

It also includes never-before-published photographs of Parker and the band, reviews and magazine stories, and other artifacts from that era.

Belmont’s musings over an Indian meal to Parker about the possibility of doing the book prompted Parker to record an acoustic solo version of Squeezing Out Sparks, as he explained in a blog post about the album on his website.

After Parker reunited the Rumour in 2011 for two albums and tours, Belmont wrote a songbook with the music from the albums the reunion produced, Two Chords Good and Mystery Glue. So he knew what he was getting into. Except he didn’t.

The first songbook was easier because the songs were recorded a few years before.

With the new book, Belmont said, “The trouble is, what you played on an album 30 odd years ago, since then, you’ve played those songs in live situations. The guitar parts start to morph a bit, the arrangements change for live performance. And then we did quite a lot of the songs from Sparks in the reunion, naturally, and it changed again.” 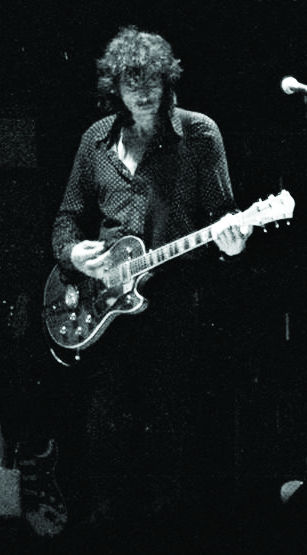 “You don’t sit around listening to that album all the time over 40 years,” he continued. “Until we started doing this book, I can’t remember the last time I sat and listened to Squeezing Out Sparks or any of the early albums.”

Belmont enlisted fellow Rumour guitarist Brinsley Schwarz in the effort and they meticulously and painstakingly figured out the parts they played on the album.

Schwarz would listen to the album at his place trying to work out his parts.  At least 10 times Schwarz trekked from his home 70 miles away in the suburbs to Belmont’s place in London to work on the music.

Belmont described a typical session. “We’d sit and listen to it and with some of it Brinsley said, ‘I can’t honestly tell.’ Because of the way it’s mixed or whatever you can’t always hear one single instrument clearly all the time. Sometimes another instrument blocks it out a bit. So it took a long time.

“We would say we’re going to do ‘Protection,’ ‘Saturday Nite is Dead,’ and ‘Love Gets You Twisted.’ And we ended up just doing one of those songs and it took ages, it took hours, just to do one because we were both being very precise, very careful. 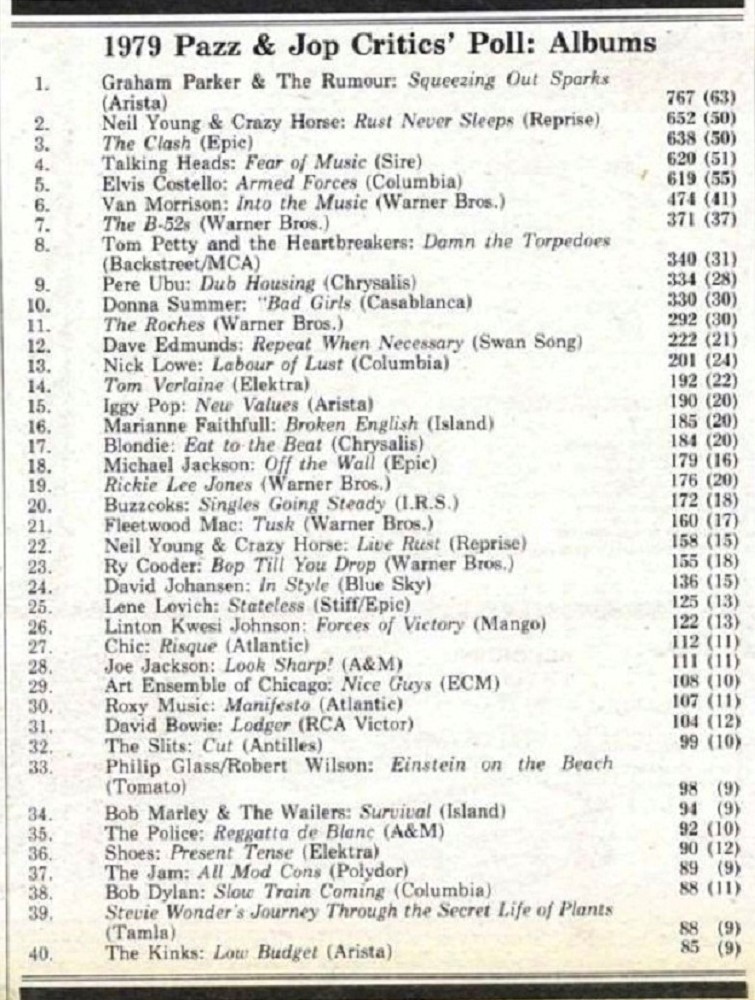 “He would listen to it with the headphones on. And then it would take time for me to translate when he knew what it was he’d done. He would play it to me, and I would listen to what he was playing and I would write it on the software in notation, but that can be hit or miss, because I’m not like a Beethoven or a Mozart who can just listen to something and immediately go scribble, scribble, scribble. Sometimes if it’s complicated, I have to have several goes at writing out the notation.”

Belmont noted that rock and roll is much harder to notate than classical music. Along with other popular music, like swing, he said, the phrasing doesn’t lend itself to musical notation the way that classical music does.

“Because of the phrasing of rock and roll, you’ve always got what are called anticipated notes, which are notes that fall between the beats of a bar.”

The end result of their labors is that he is certain that the music is 99.9 percent correct.

Even though he’s played the songs from the album hundreds of times, just like every music fan who wants to know exactly what it is a songwriter is singing, Belmont downloaded the lyrics off the internet. Unlike most fans, he had the song’s author to proof them.

“Once or twice, Graham would think the lyric was one thing and we would double check, we would listen to the original recording, and he would find to his surprise that it was not what he remembered or what he’s been singing ever since. It was something slightly different. We’re talking subtleties here. The odd word here and there.”

The memorabilia, which includes some of Belmont’s personal photographs, were always part of his plan for the book because he wanted it to be a document of the time in addition to the songs.

Belmont’s favorite song on Squeezing Out Sparks is “Protection.”

“It’s partly because of what I do on it. It’s just a purely personal thing. It’s not a greater song than ‘Love Gets You Twisted,’ or ‘Discovering Japan,’ or ‘You Can’t Be Too Strong,’ or ‘Passion Is No Ordinary Word.’

“The song is driven by my guitar. The song is very much propelled by my guitar along with the drums and the bass. It’s very, very prominent, sort of reggae-ish. It’s not reggae, but it’s reggae involved rhythm guitar part.

“It suits the song. It fits the rhythm of the words. I don’t know if when Graham first played us the song if he had that rhythmic edge to it, but that’s how it ended up,” Belmont said.

“Protection” by Graham Parker and the Rumour on Squeezing Out Sparks

“When Graham plays it live solo, he doesn’t do it that way. He does it differently.”

There’s a reason why, Belmont believes, the album is so esteemed. “There are four or five songs that are out of this world and the rest are just under that,” he said.

“Where the songs came from, you’d have to ask Graham, but there was a thread running through them. There was a vibe to them that made them sound different. And that combined with Jack Nitzsche’s approach as a producer. He brought out the best of our performances.” 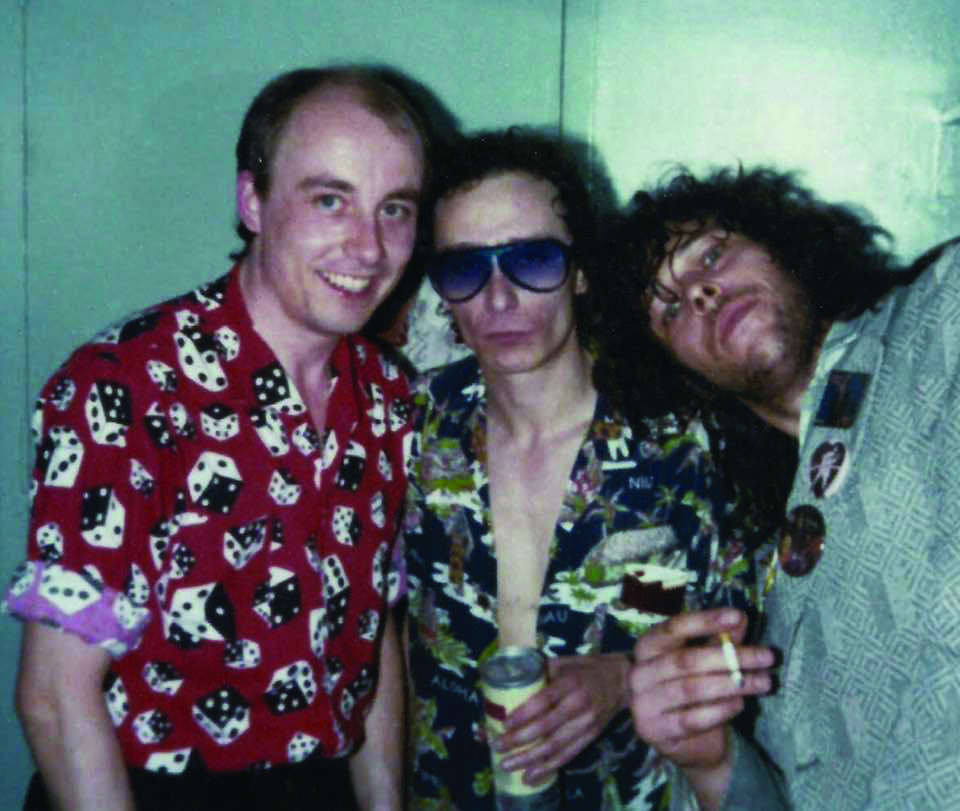 To hear more about music from Martin Belmont, you can listen to his internet radio show, The Guest List.