My First Blog Post (Doesn’t Have a Snappy Headline)

According to the International Association of Accredited Bloggers, which, by the way, is a name I made up, there are more than 200 million blogs. That number, conservatively estimated, is true. But, the real number is such a moving target, with more being added each day, and who needs to know, anyway?

Yet with all those blogs, there is one thing the blogosphere lacks. One by me. So, I’m jumping in. (World, I heard the clamor.)

I thought it would be fairly simple to set up a website with blogging capability even though, to say the least, I am not computer savvy. After all, 200 million people had figured out how to do it, and I had to believe that I was at least as smart as 2 million of them.

After some research, I decided to go with WordPress for my content management system.

At wordpress.org WordPress claims it is “the largest self-hosted blogging tool in the world, used on millions of sites. …” And WordPress has a price, geniality, and a sense of humor I found attractive. From the site: “Everything you see here, from the documentation to the code itself, was created by and for the community … it also means you are free to use it for anything from your cat’s home page to a Fortune 500 web site without paying anyone a license fee. …”

Most important of all, “WordPress is well-known for its ease of installation. Under most circumstances installing WordPress is a very simple process and takes less than five minutes to complete. Many web hosts now offer tools (e.g. Fantastico) to automatically install WordPress for you.”

But installing the software, as I suspected, and like life itself, is not so easy.

To begin, the site states, “to run WordPress your host just needs a couple of things
PHP version 5.2.4 or greater
MySQL version 5.0 or greater”

And just like that, I was stymied. This was going to take more than five minutes given that I had no idea what PHP or MySQL are. Really, not a clue. WordPress might have just as well informed me that my host needs a doohickey and a thingee.

Soldiering on, I came to instructions for the “Easy 5 Minute WordPress Installation on Windows.” The first steps were to “download, install, and configure WordPress with the Microsoft Web Platform Installer (Web PI). Installation is very easy and takes on average about 5 minutes to complete.”

It went on with computer-ish and software-y phrases like, “Rename the wp-config-sample.php file to wp-config.php,” and “If you want to integrate WordPress into the root of your domain (e.g. http://example.com/), move or upload all contents of the unzipped WordPress directory (but excluding the directory itself) into the root directory of your web server,” and “If you want to use anything other than the default permalink structure on your install, make sure you enable the mod_rewrite module in WAMP.”

Things were not going so Fantastico. I surrendered.

But you have to wonder, if WordPress is “well-known for its ease of installation” what would a difficult installation be like?

Later, I went to the WordPress “About Us” page, which states, “So we created WordPress.com, a hosted version of the open source package where you can start a blog in seconds without any technical knowledge.” Seconds! When I read that, I felt like I was being mocked.

That’s what kills me. I’m appreciative that the software is free and that there is a whole community of folks who are working to do cool and interesting things with the platform, but what world do the WordPressians live in where they think that there is an ease to installation? Do they really believe a blog can be started without “any” technical knowledge.

Admittedly, I’m inept when it comes to this stuff, but who are the nearly 75 million people, as of this writing, who are finding WordPress easy to install?

I asked Ben Dunkle, a designer for WordPress.org, if he really thought WordPress can be installed and started without any technical knowledge.

“Working with WordPress presents several levels of complexity, and at its most basic and most commonly used level, what the WP folks say is true” said Dunkle, who is also a design consultant with Field 2 Design in Snyder, N.Y. “It’s kind of like saying baking a cake from a Duncan Hines mix is easy. For someone who’s never used an oven before, or rarely cooks, this isn’t exactly true. But I wouldn’t take offense to Duncan Hines making that claim. There’s an assumption on the part of the end user of a certain level of adeptness.”

I’m not sure I buy that. If I were to bake a cake, which I’ve never done before, I could follow the directions and, I’m fairly confident, make something cake-like.

Off the top of my head, I imagine the directions would require a pan; cake mix; eggs (maybe); chocolate chips (My fake cake is my mom’s delicious chocolate chip cake); butter; perhaps batter, whatever that is; and other stuff. Regardless of what the ingredients and other requirements might be, I know what they are, except for batter. I know what a mix is. I know what butter is. I am intimately familiar with chocolate chips. 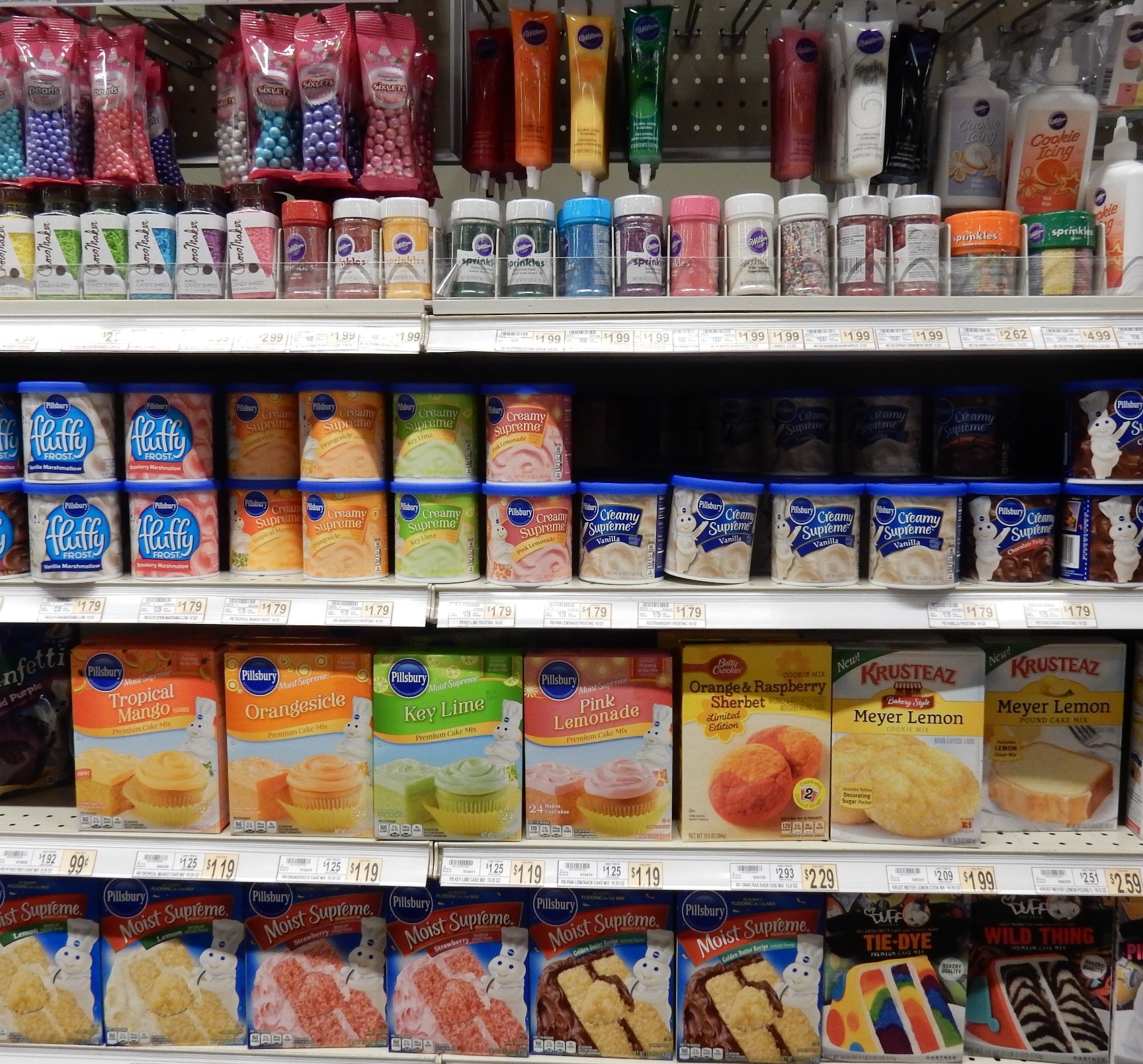 These are the ingredients that go into baking a cake. I think.

I don’t know what PHP or MySQL is. Or WAMP. Nor do I know what the root directory of a web server is.

Maybe it’s me. I’m incredulous that large amounts of people know what those things are, certainly anyone over, say, age 50, except for computer or software professionals. But there are almost 75 million WordPress sites, so lots of folks are able to figure out how to create one. Or like me, they pay someone who knows what they are doing.

After I threw in the towel, I found Troy Hendricks at newmedia4all.com and he helped me establish my site.
With Troy’s assistance, I was able to create a website, this very one. Along with stories I plan to tell, it’s an opportunity for me to throw up some of the ephemera I’ve collected over the years. Like 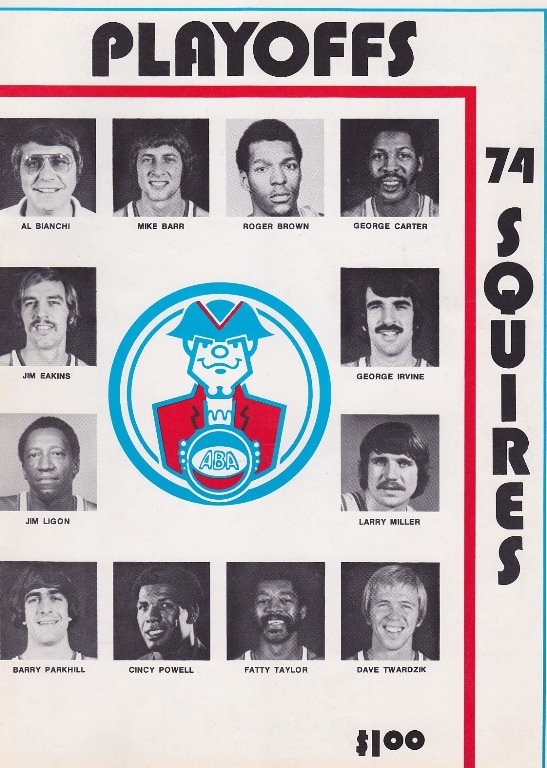 Cover of Virginia Squires program from the 1972-73 season

I’ll probably do some writing about sports and music. There doesn’t seem to be much on those topics on the internet.

Comments are closed, but trackbacks and pingbacks are open.