As I detailed in my first post (below), it’s not that I had difficulties installing WordPress. I couldn’t install it. So, it was kind of cool to learn, via Facebook, that rock and roll legend Wreckless Eric couldn’t either. It’s nice to know that we have the same kind of problems because Wreckless Eric is one of my favorite musicians, definitely in my top 10. 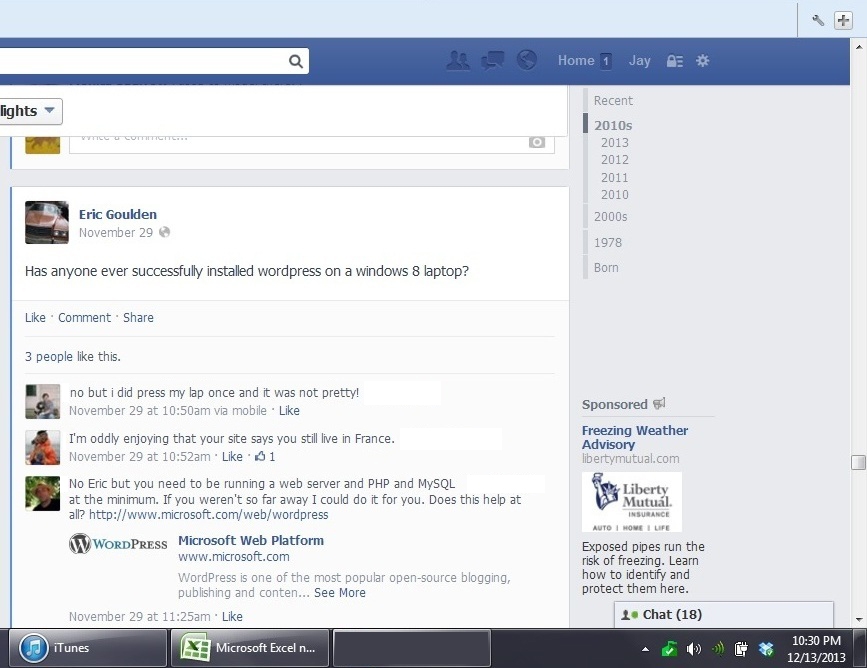 (I have to note that my top 10 is fluid. A musician or group can easily enter it if, say, a song of theirs comes up on my shuffle or on the radio and I’m reminded just how much their music moves me or means to me. That doesn’t mean the other groups or musicians are displaced, so maybe what I have is a top 10-plus.)

Wreckless Eric may not have the renown of Bruce Springsteen, the Rolling Stones, Bob Marley, or Bowie, but he’s significant to me.

Tagged as a punk, or new waver, or whatever, he toured early in his career with such greats as Elvis Costello, Ian Dury, and Nick Lowe. (Larry Wallis too, but if you think Wreckless Eric is obscure …)

Whatever you would call the slick, un-soulful sound that Michael Bolton makes when singing, Wreckless Eric’s voice is the opposite of that, so I get that he’s not for everyone. He’s also a wonderful, clever songwriter, probably best known for the classic Whole Wide World, but he has tons of gems.

I don’t know what song of his I first heard on the radio, maybe it was Whole Wide World. But it might have been Reconnez Cherie or Semaphore Signals. Perhaps Hit And Miss Judy. It was a time, in the late 70s, when you could find stations that played that kind of music. But not anymore. Which is sad, because “that kind of music” is just as classic-sounding pop and rock, just as good, and certainly better in many instances, than the music played on classic rock, or any stations, really.

In any case, whatever song it was, I HAD to have his music. I HAD to get that record.

I found an album, The Whole Wide World, and loved it. At some point I found another, Big Smash (Favorite cut: Excuse Me), as a cutout. Talk about a find. (Just like the Beatles, the U.S. versions were different than the U.K releases.) 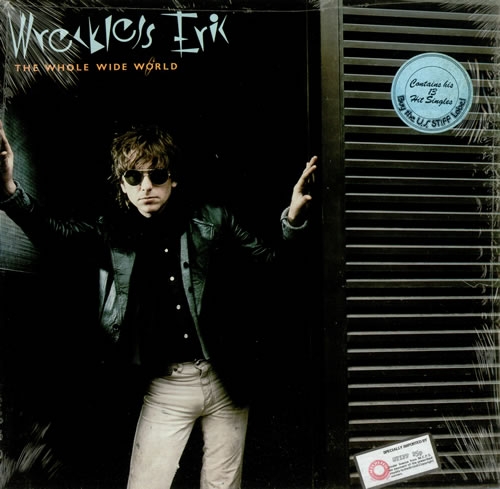 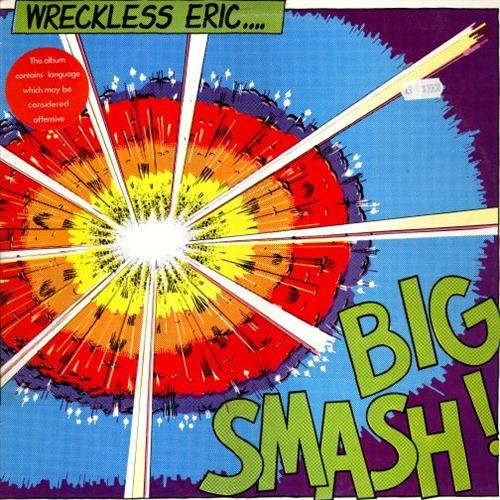 Early on in Wreckless Eric’s career, in the late 1970s and early 1980s, I’d find the occasional tidbit about him in Creem, Trouser Press or, maybe, Rolling Stone. At that time, that was virtually the only way to get information about musicians, with the two former magazines the only ongoing place for information about non-mainstream punk (if that’s not an oxymoron) and new wave groups. Sometimes a story would appear in a local newsweekly or newspaper if an artist was touring. But if Wreckless Eric was touring, it wasn’t anywhere near Philadelphia as far as I knew.

(Incredibly, my friend Jonah saw him in our hometown of Virginia Beach, of all places, back in the ‘70s. I was always jealous of that.)

As the 80s rolled on, it was impossible to find any news of him and so I lost track of Wreckless Eric (and I’m quite confident he wasn’t keeping tabs on me, either.)

Then the internet happened.

On the Trouser Press website I found out that he had been making music off and on in the intervening years. I was eventually able to purchase all of his albums (CDs, actually. I’m off of vinyl.) that were available. For the most part I liked them as much as I did his initial efforts.

Despite his pedigree and rock-star status, Wreckless Eric keeps it humble and remains true to his DIY roots. Rather than play arenas and stadiums to thousands of adoring fans, he chooses to perform in record stores, small clubs, and house concerts, where he can be close to his adoring public. I’ve been lucky to see him at a club, a record store, and a house concert performing with his cool rock star wife, Amy Rigby, as well as solo a handful of times. 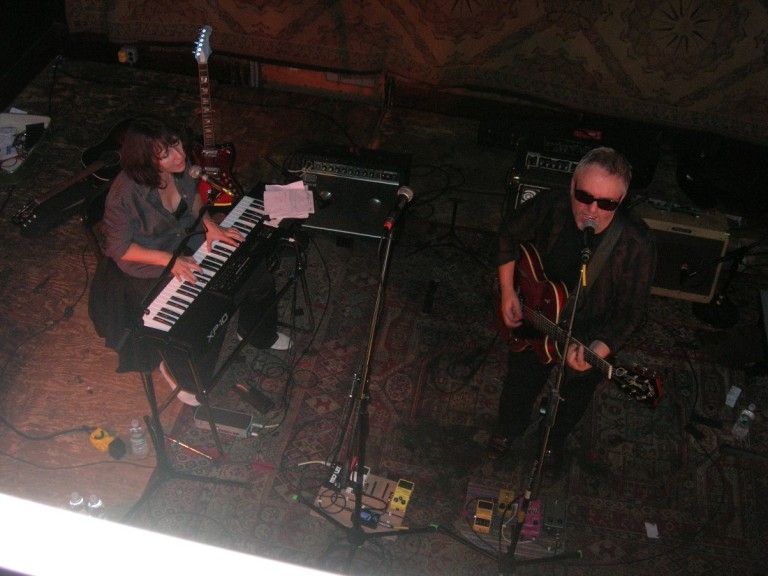 Wreckless Eric and his wife, Amy Rigby, at the North Star Bar in Philadelphia. 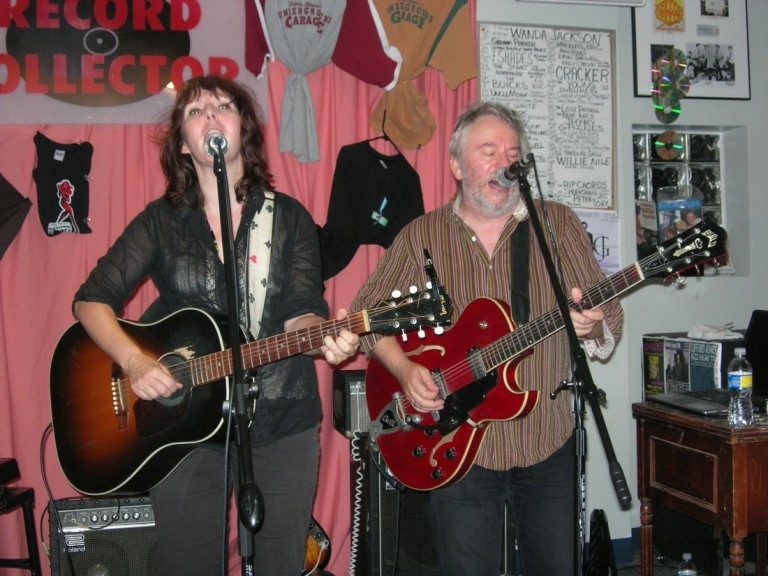 Wreckless Eric and Amy Rigby at The Record Collector in Bordentown, N.J. He played Excuse Me by request and it sounded great.

I never imagined I would have the opportunity to see Wreckless Eric perform live—as I said, he had fallen completely off my radar. Even while I continued to play his records over the last 30 years or so, for all I knew, he could have retired and become, say, a beet farmer.

And while I’m not happy he encountered frustrations with the platform, I have admit that it pleases me that a beloved international rock star and I have some of the same problems. It makes me feel rock star-like that Wreckless Eric and I are the same kinds of guys. Except that he has written tons of great songs. And he has a cool rock star wife. And he makes cool paintings. And he’s written a book. Other than that, we’re the same. 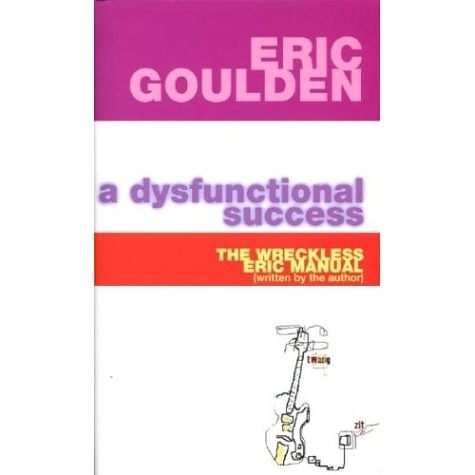 Wreckless Eric painting inspired by his song 33’s & 45’s. You can find more of his paintings at his website, wrecklessericpaintings.com.