That’s Paul Collins pounding away on the drums on the classic song by The Nerves, “Hanging On The Telephone,” later made into a hit by Blondie. He also drums on the band’s beloved power pop songs “Working Too Hard” and “Walking Out On Love,” both of which Collins wrote and which remain part of his live repertoire.

Those songs were recorded more than 40 years ago. Since then, he hadn’t drummed on any of his solo records or on those recorded by his band, the Paul Collins’ Beat. That changed on his new record, Out Of My Head.

It wasn’t exactly a case of necessity being the mother of invention. As he began putting the record together he just couldn’t find a drummer and thought he might as well do it himself.

He cut the drums in two sessions. “And it was effortless for me because I knew exactly what needed to be done. There were parts of it that were kind of scary, like I’d be going into the song and I’d go, ‘Jesus, I hope I can finish this song, I hope I can keep it together and I don’t get lost and screw it up.’ And there were a few instances where I did, and I’d have to start all over again,” Collins said. “My drum style is very, very primitive. I just play on the beat, what I hear, nothing fancy. That is perfect for this kind of music.”

Although he had learned to play folk guitar as a kid, “I kind of just fell into the drums because I wanted to play music so bad and to tell you the truth, you really didn’t have to know much to play the drums.”

As he sings on the new album’s “Midnight Special”:

In addition to the drums, Collins, of course, sings on the record and plays guitar, and the reviews have been good.

The Daily Mail wrote, “In just 33 minutes, Out of My Head completes an 11-stop journey that’s loaded with melodies and hooks that make it one of the most enchanting records in his catalog.”

The online Spill Magazine said, “From the opening power chord, to the last perfect harmony, this album was an extreme listening pleasure. It is brilliant and a welcome return of Paul Collins. It has been four years since we have heard anything from Collins, and that album was credited to the Paul Collins Beat (Feel The Noise).” 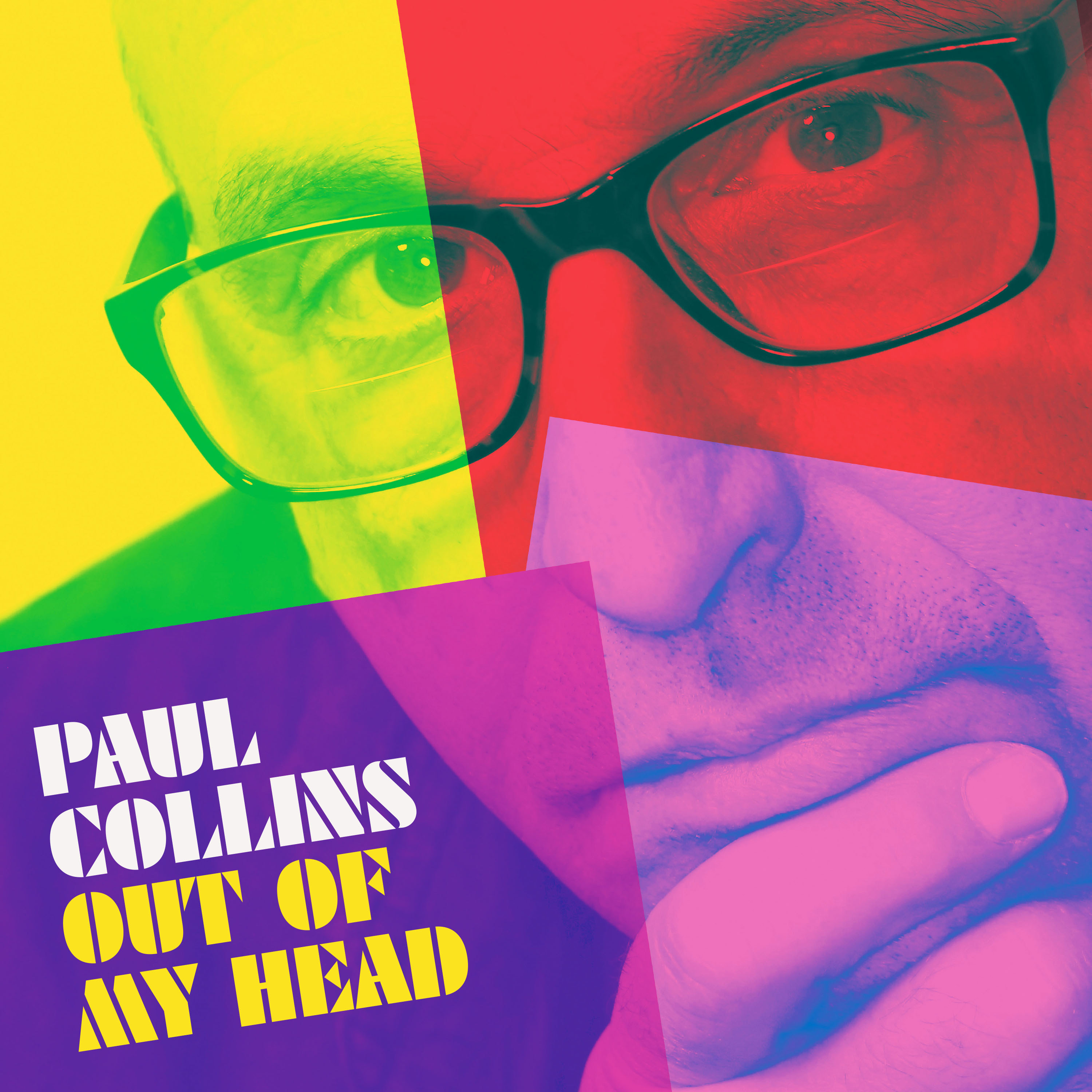 After high school, Collins moved to California where met his Nerves bandmates Jack Lee and Peter Case, “They were writing songs and that’s when I was like, ‘I gotta do this. I gotta write songs. There’s no way around it. I can’t be in a band with these guys and not write songs.

“That’s when I got back into playing guitar because that’s what I would use to write songs, acoustic guitar.”

When The Nerves broke up he chucked the drums, bought a Fender Stratocaster, and basically became a solo act, albeit along with different incarnations of the Paul Collins’ Beat.

Since recording the last record, Feel The Noise, Collins said, “I had been thinking for a number of years, “Okay, I gotta make another record, gotta’ get it together, gotta’ get the songs,’ which is always the big drama and trauma of making records. It’s having material that you think is good enough to do it.”

The quest for material led him to include songs by another musician, Paul Stingo, on the album. This was a first, having songs by another writer, other than co-writes, on one of his records.

“That was unusual for me because I’m extremely picky and obviously I’m a songwriter, but it was the thing to do. The songs are good and I embraced it totally,” Collins said. “I sang the lead vocals so I really invested myself in it.”

After meeting at a show and subsequently jamming, Collins realized he and Stingo shared a musical sensibility and asked him to play on the record.

Stingo contributed the title track, “In And Out Of My Head.” “It’s a great song and a great title,” Collins said.

In And Out Of My Head

Stingo also wrote the songs “Emily,” and “Kind of Girl” and played bass on the record and sang harmony.

Collins’ songs on the album include the noirish “Killer Inside” and “Tick Tock,” a haunting remembrance of childhood loneliness, said the New Jersey-raised Collins.

“One day you’re standing there and you realize you’re alone in the big house. It’s that whole thing. Everyone’s out. It’s a special feeling.” 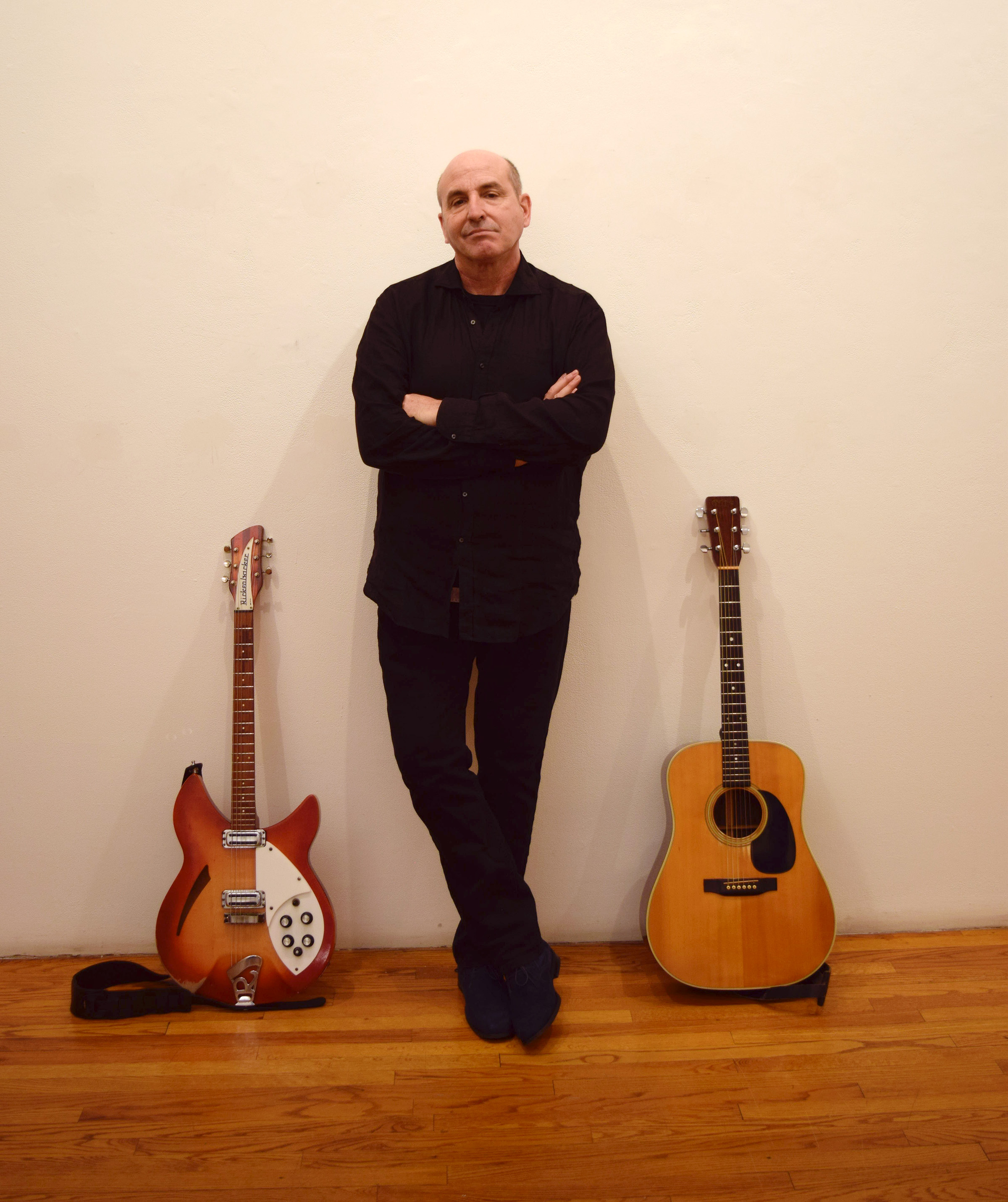 “Killer Inside” was written in the mid-90s with Tony Machine, who drummed with the David Johansen Band and Rick Wagner, who played bass with the dB’s, and later with Collins. When recording it, Collins said, to get the feel he wanted, he referenced The Doors’ “Riders On The Storm” to Stingo. And the song has that same spooky, menacing vibe.

“The thrust of it is, you’re your own worst enemy. You can run but you can’t hide from yourself. And it’s a groove number. That’s what makes it work,” Collins said.

Collins is touring in selected venues in the U.S. before embarking on a European tour in February with the hope that Out of My Head gets into the heads and record collections of fans worldwide.

See where Collins is performing and learn about his history and other records by visiting his website.